Just a quick but sweet stroll down memory lane and a look and some iconic Versace pieces styled specifically to be featured in Vogue 1990’s magazine editorials. From iconic names and faces to the demure and reserved side of the label. The nineties were a time of highs and lows. The glorification and much needed outlet for melancholia and a time when magazine’s reigned supreme in terms of power over sartorial and opinion influence. It was here we turned to for style advice. Here we learned how the other half lived, played and spent their money.

And here were I sought escape and fantasised about being an adult clad in head-to-toe designer wear.

The ultimate hero line up of supermodels during a time when the term “supermodel” garnered simultaneous praise and envy. A term which will never hold as much influence and power as it did back in the nineties. The ultimate lifestyles of the rich in which the masses yearned for. Those notoriously coveted high profile relationships. And friendships which seemingly resulted in the occasional music video cameo. Yes, those were the days of Vogue magazine in the nineties. And this photograph will forever be attributed to anything associated with Vogue 1990’s. 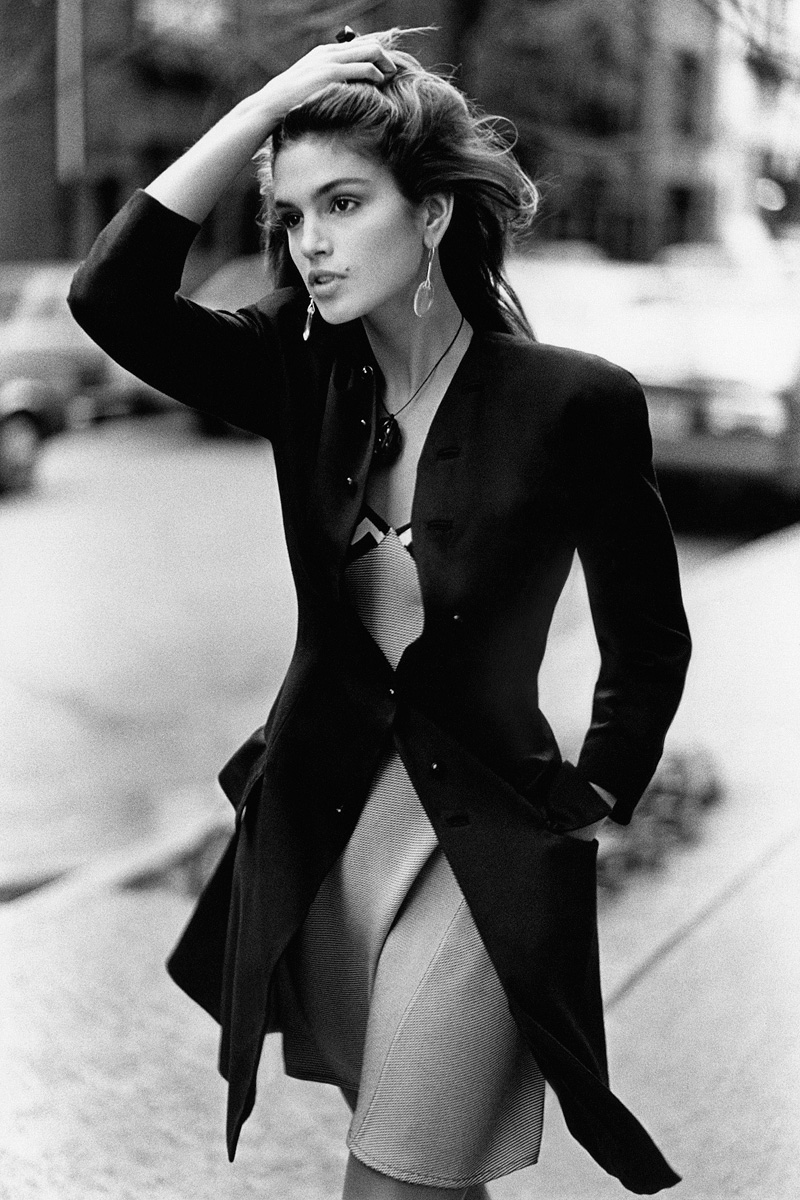 Printed in black and white, a choice for photographers and quintessentially timeless. Much like Ms Crawford’s recognisable facial attribute; her trademark mole. You also can’t help but note slash mistake this image for her daughter, also following in her mothers footsteps, Kaia Gerber. 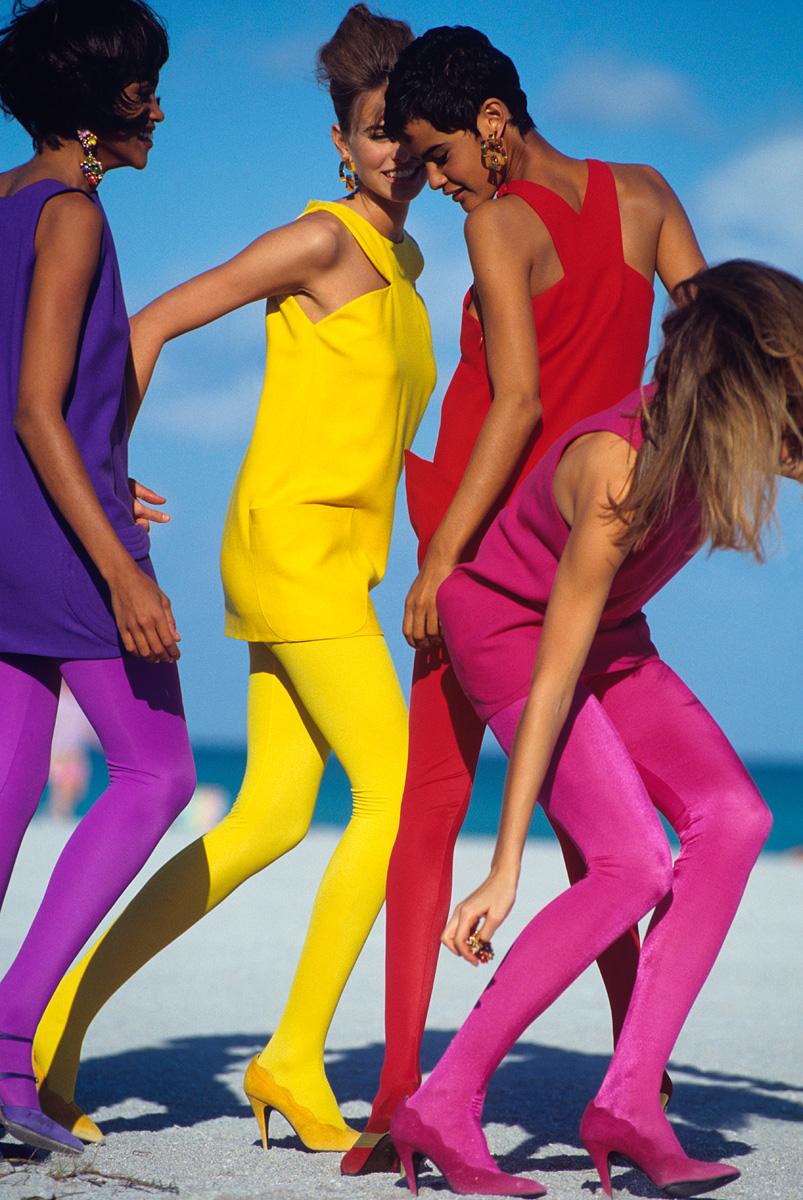 Photographed by Patrick Demarchelier, for the March 1991 issue of Vogue.

About as colourful and playful as Versace and the magazine’s brand itself. Monochromatic style, sun and sand equals the Italian “la dolce vita”. Or what Vogue 1990’s interpreted as so. Both Vogue and Versace enjoyed pushing boundaries while reminding us to enjoy and carouse with fashion, not let it consume us. 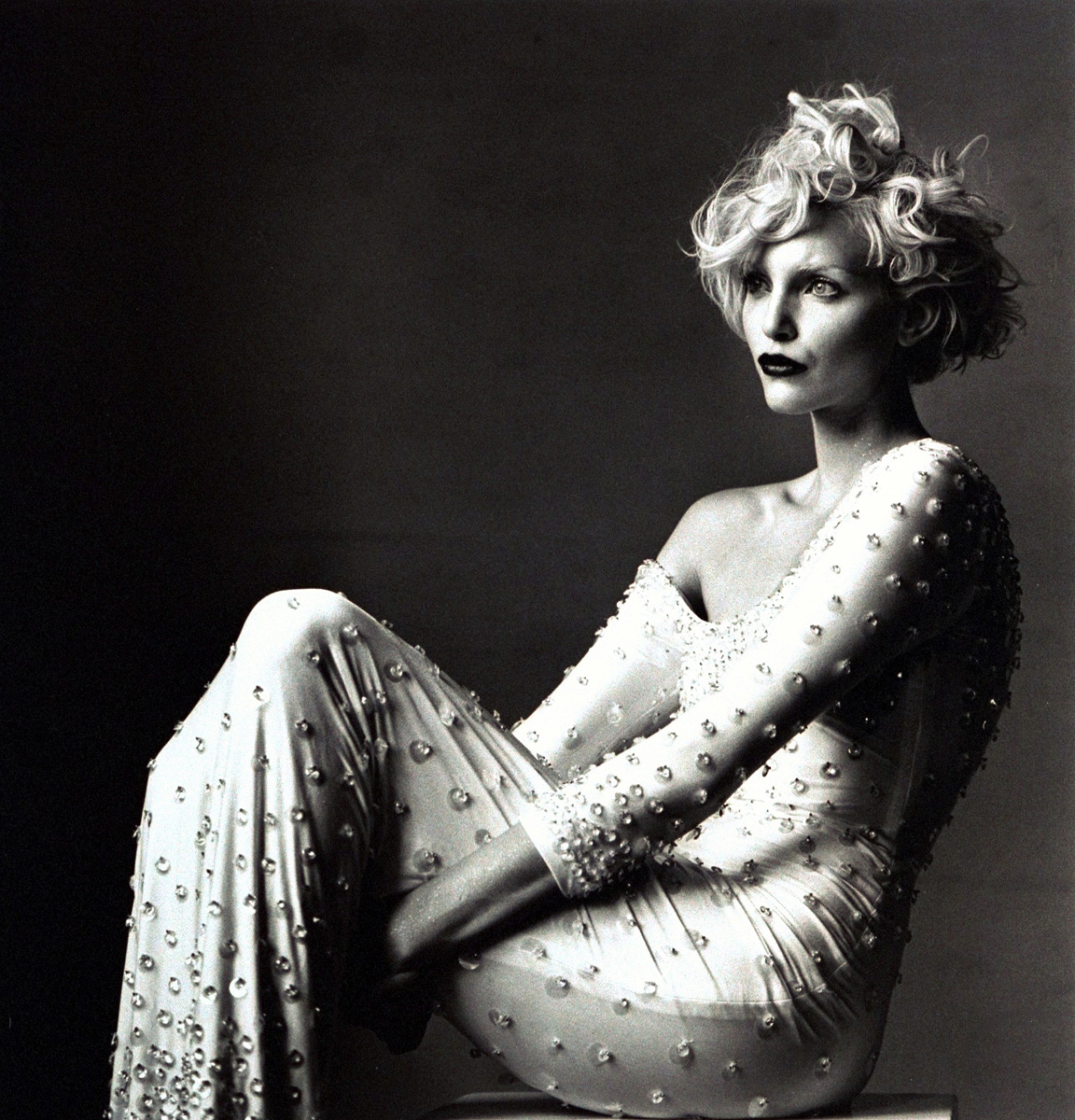 Nadja Auermann. Photographed by Irving Penn for the March 1995 issue of Vogue.

Classic and demure. Versace’s alter ego side of design and one the label has always done so well. Even if the masses associate their designs with more avant-garde luxury (as in Elizabeth Hurley’s infamous safety pin dress) than humble and decorous (as in Kate Hudson’s iconic Atelier Versace silver number). 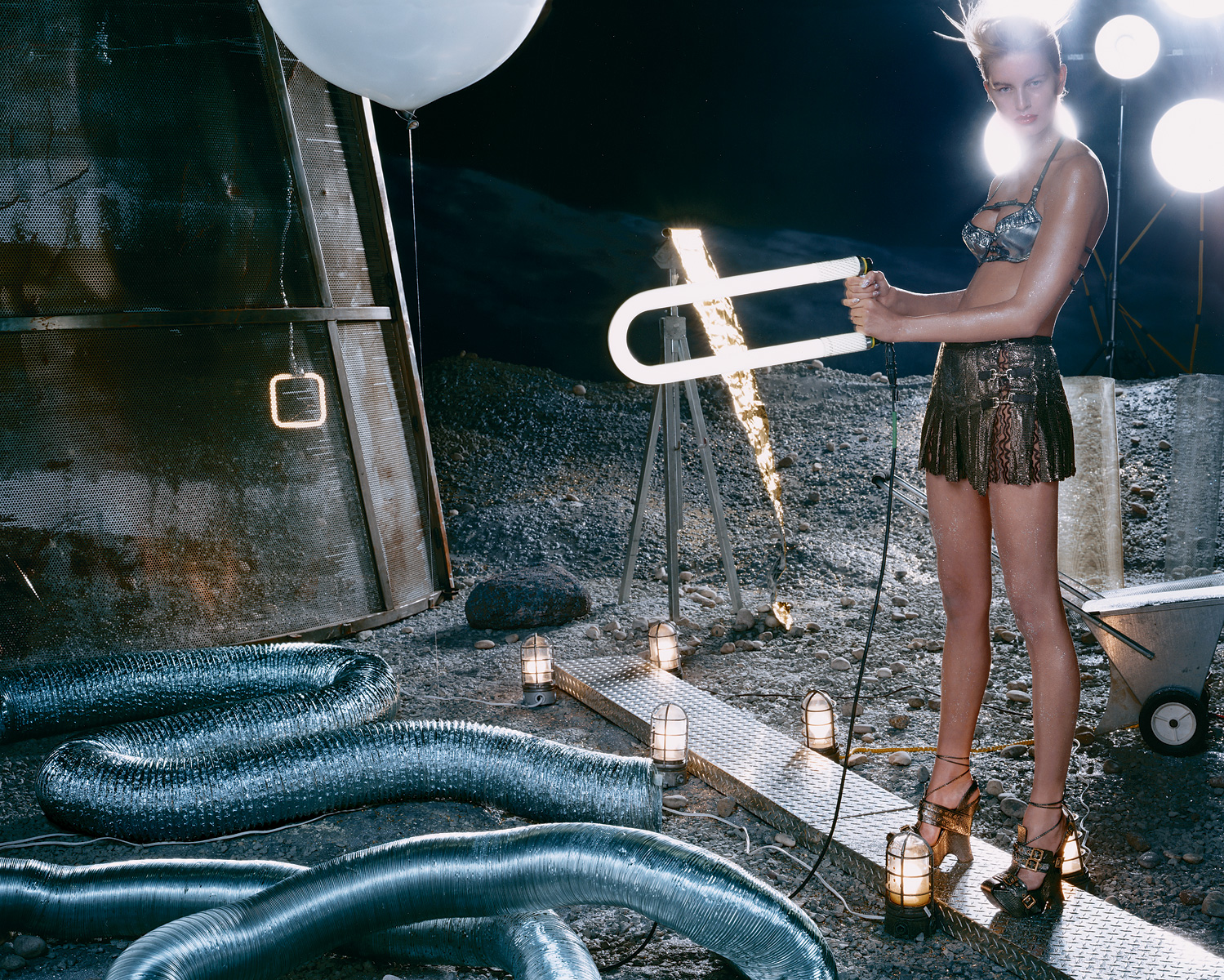 Photographed by Steven Klein for the June 2003 issue of Vogue.

Seemingly slightly off par with the Vogue 1990’s theme, but this image perfectly summarises my impression of both the label and the magazine growing up.