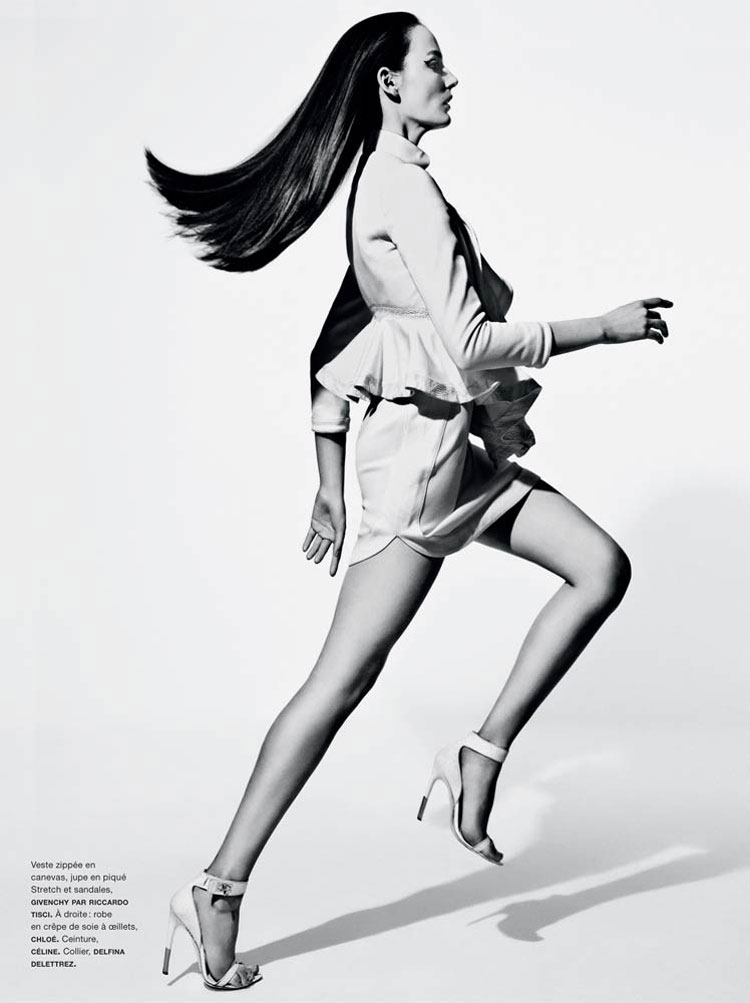 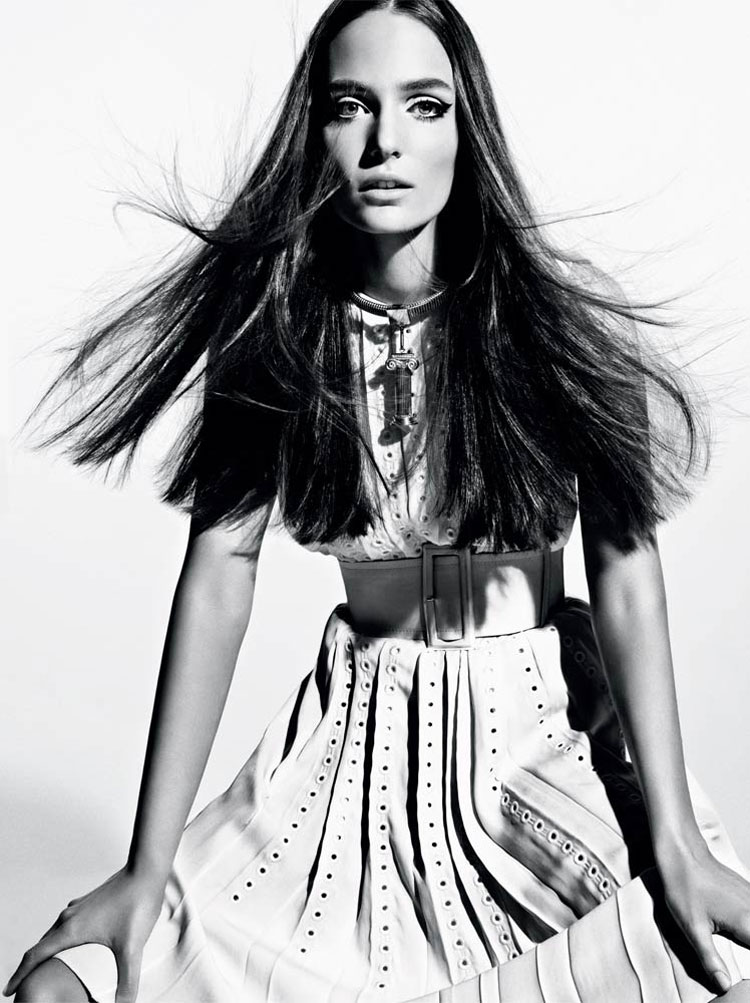 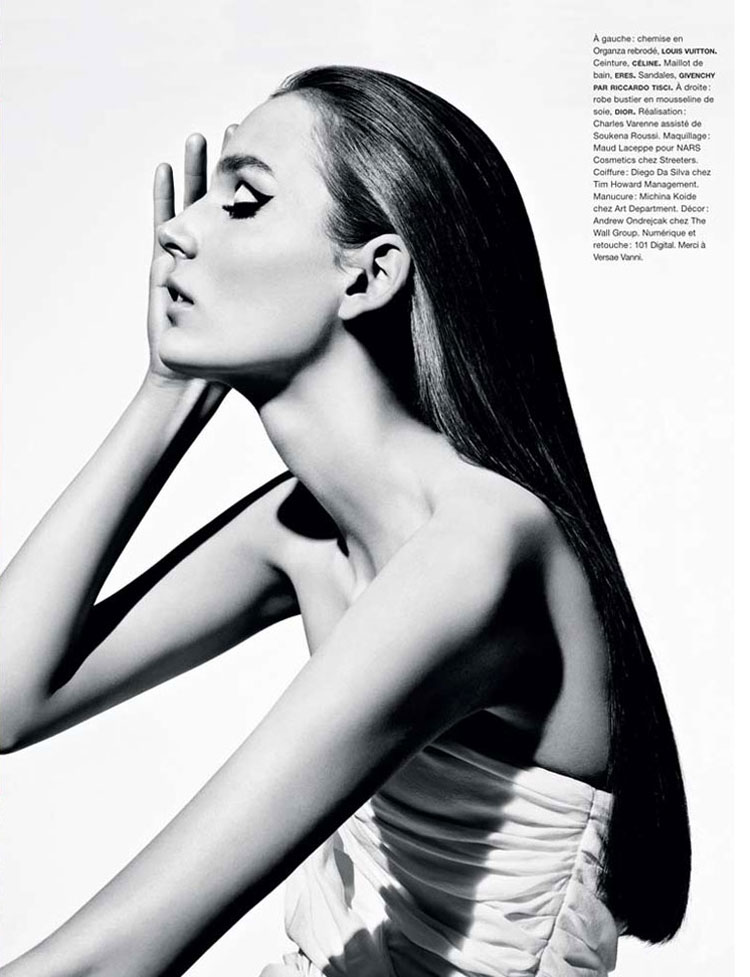 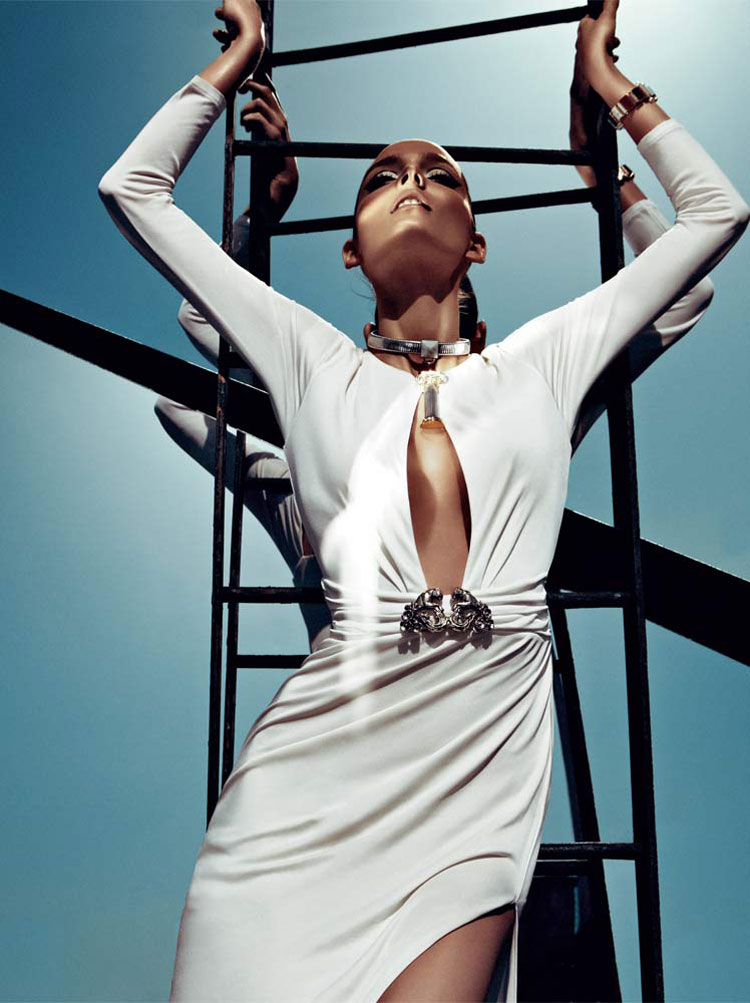 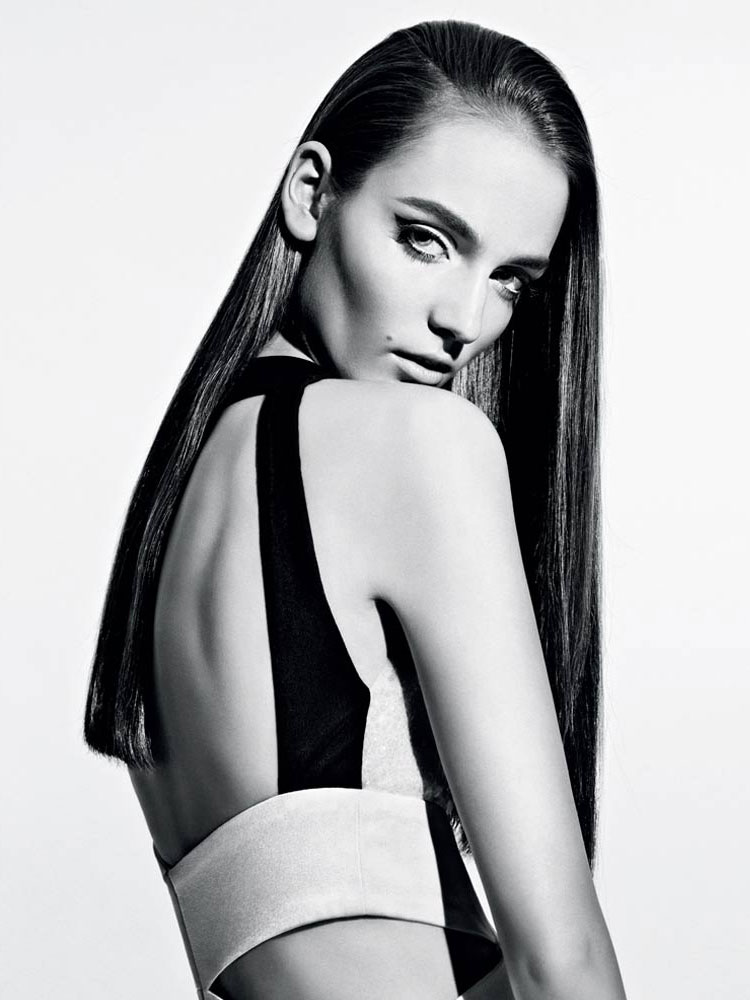 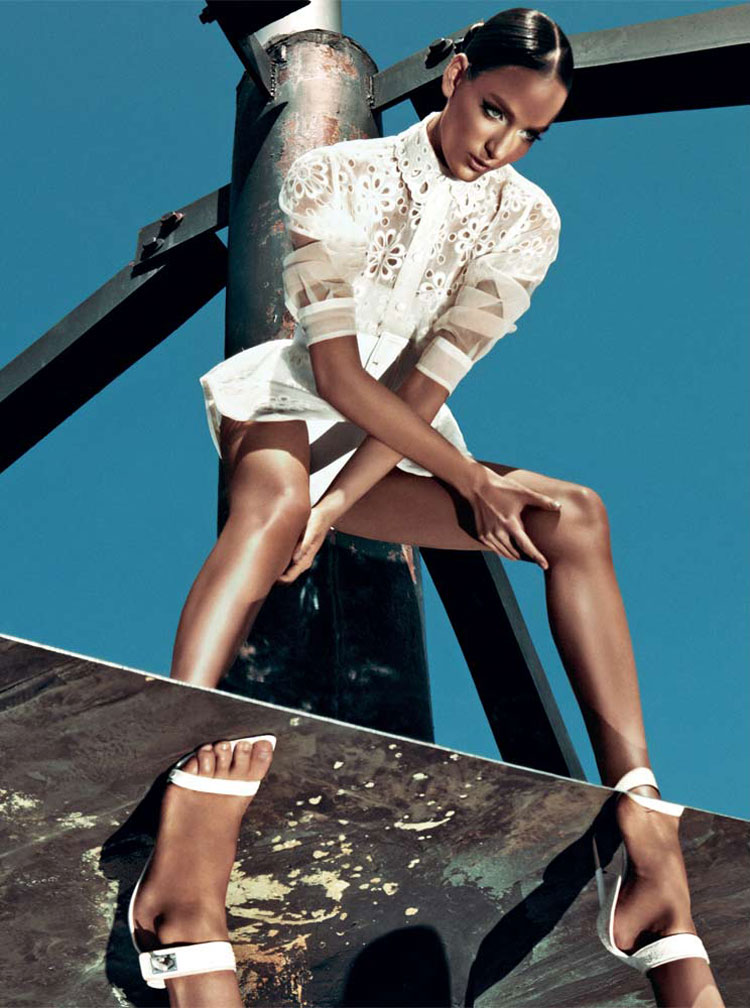 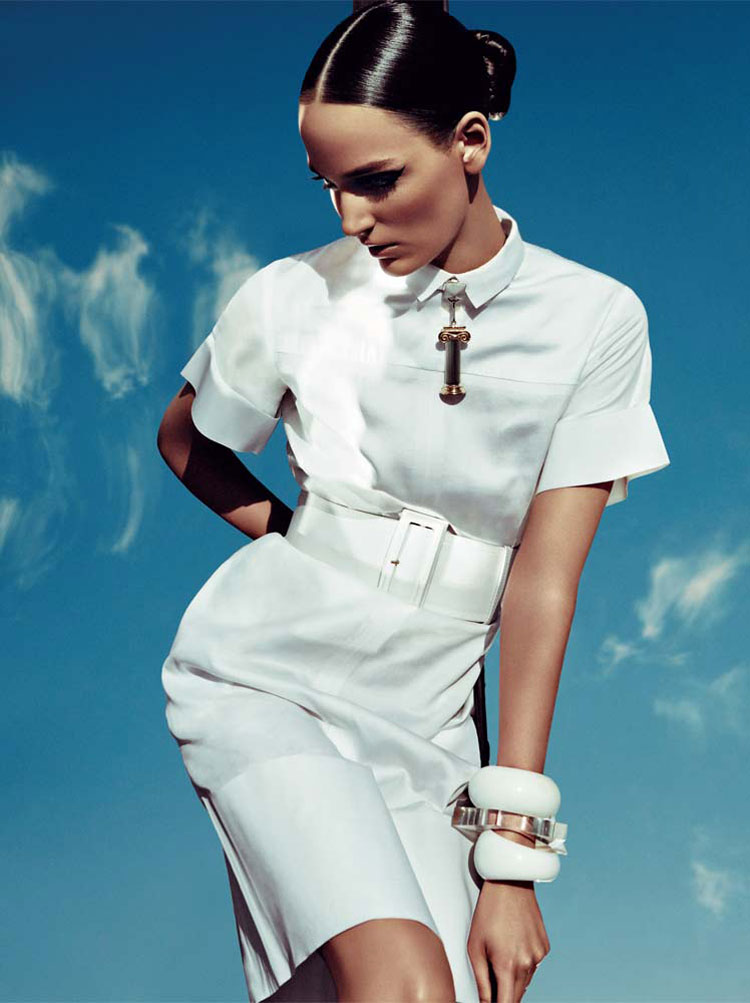 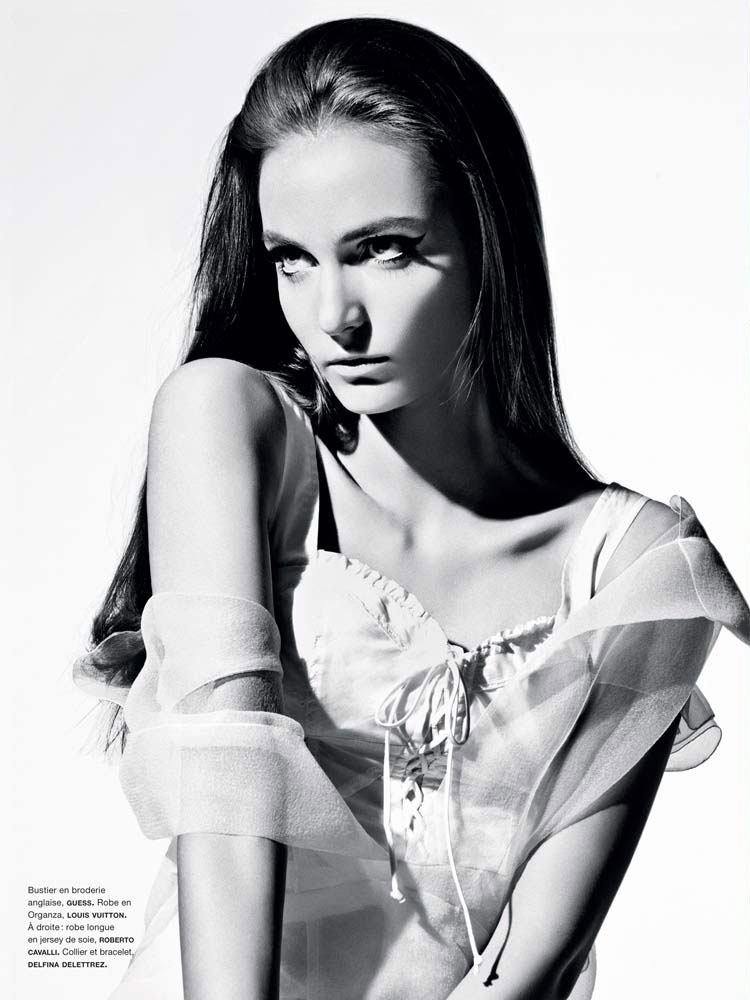 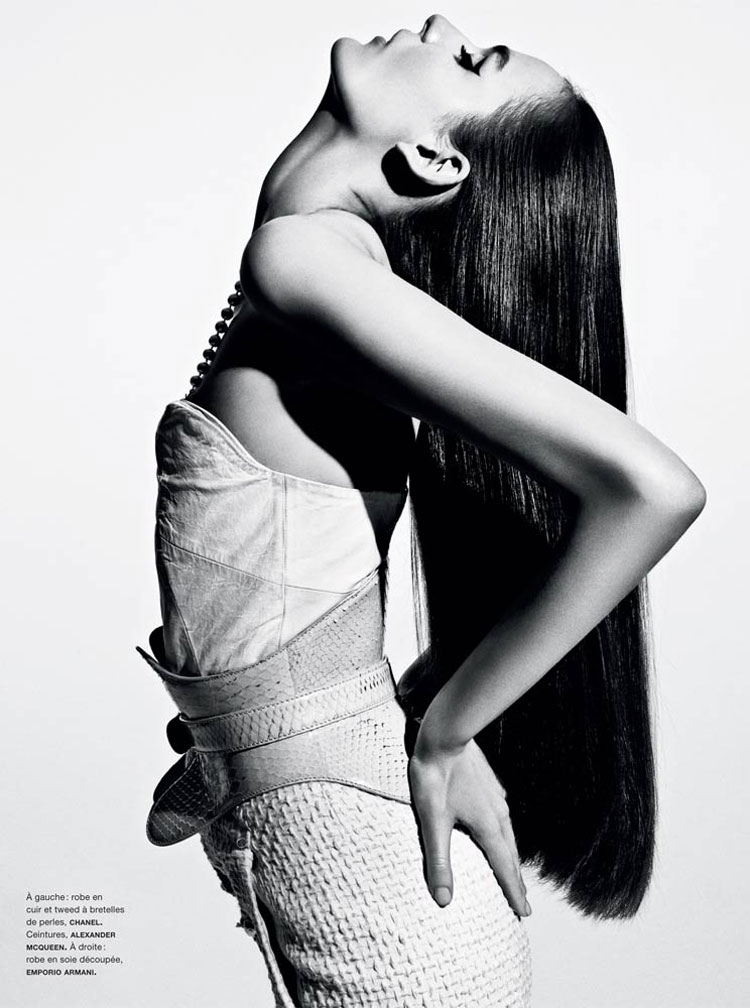 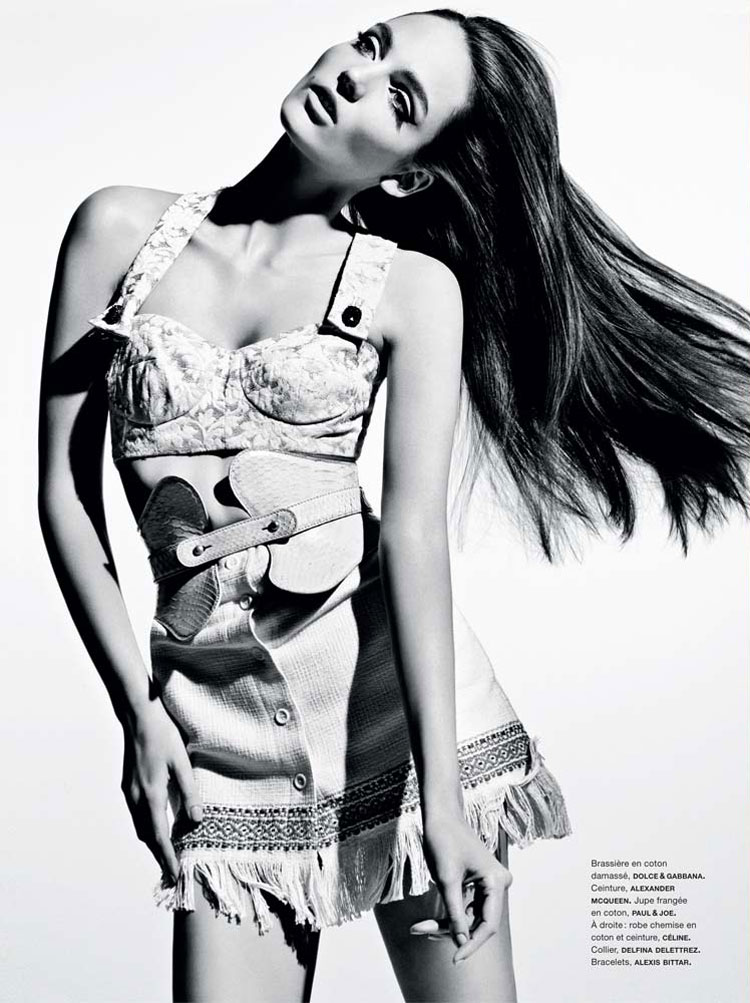 Zuzanna Bijoch photographed by Sebastian Kim and styled by Charles Varenne for Numero #133.

One of my favourite editorials to date. Bold and sultry, the vain vixen, the sartorial narcissist. Impeccably styled with key looks from luxury designers like Alexander McQueen, Celine, Chanel and Dior. However the photography in the narcissist itself is what truly captivates and enchants the observer. Including myself, and especially being someone who is rather partial to any kind of black and white photography. And while this editorial is still paired with a delightful mix of crisp colour in cool hues, paired with said bold black and white candid portraits, these action shots have been an ideal escape to get through and effortlessly transport oneself creatively through that dreaded hump day lethargy.

And while the narcissist could easily be comparable to todays world of “selfie” social media compulsions, I can’t help but ponder if such “selfie” uploads and content were as artful and intentional as this editorial, that we would find ourselves embracing such offerings more? Because terms like influencers and synonymous hashtags have fast become a parody and fodder for society in general to mock and sneer over. Thanks to a few proverbial bad apples, they have left the door open for mass generalisation and stereotyping. A chant that lumps and discounts all influencers and content creators to nothing more than a conceited drain on society. A misconception that their influence doesn’t reach nor reflect what is in the numbers. And while that may be the case for some, for others such authority is indeed great. Then there are those creatives whose ingenuity truly captivate and inspire their audience. Pushing creative boundaries and setting those social media trends and sometimes hashtags that spread like wildfire.

I only wish that the latter received as much recognition than the former.

//
You may also enjoy these articles: flashback friday // memoirs of a geisha + hippie yeah!