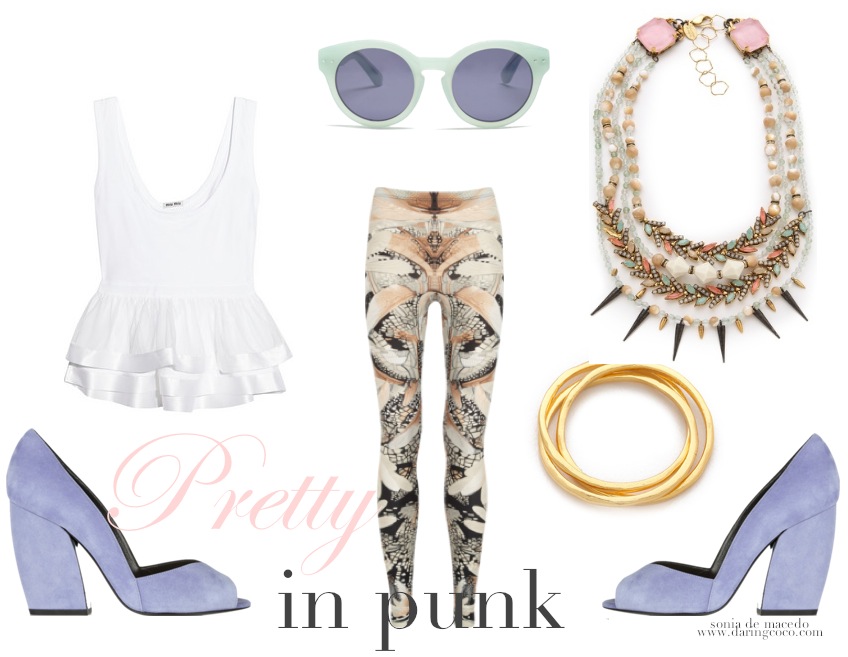 I could not tell you exactly how long I have been coveting those resplendent Alexander McQueen pants for; but it has certainly felt like an eternity. So what exactly has held me back from claiming such a piece? In truth, attempting to justify spending such a hefty amount on seemingly printed leggings. Aside from the ‘work of art’ elements and the opulent statement in the print itself, the embodiment of pretty in punk, all-in-all it has not entirely felt like an appropriate justification for doing such damage to my bank account. But more importantly is also the question of how to get as much wear out of a piece like this. Hence why they have long remained sitting pretty, so to speak, on my perpetually bloated wishlist of sartorial things.

Which begs the question, how does one style leggings? Especially the kind with such a unique, statement print? The answer to that is not as difficult as one may think. The key is simplicity and by pairing such a statement item with more muted sartorial pieces, like with basics. Keeping the other half on a more demure note won’t detract and contrast from the outfit disturbingly. And while one need not to style such a piece with a minimalist mind, you can still add that sartorial joie de vivre through items like accessories. Pops of colour that remain associated with your statement print, either through jewellery or your handbag for example. Even correlating such tones into your sunglasses will also have the same desired effect.