Funny story this. I made this chocolatey badness a few Saturday’s back in an utter flurry after I spent most of the day vegging on the couch and catching up on the Real Housewives of Atlanta, OC and Beverley Hills. Whilst I immersed myself in petty bickering I forgot that I was attending a little soiree later on and was meant to bring something chocolate based and sweet. So after my brother helped pry my limp corpse off the couch I took to the pantry and realized there was nothing to work with.

Truthfully, not really. All I had was about 1/2 cup of cocoa powder.

Especially when one is in some comfy sweats and can’t be bothered wrestling for parking spaces and cash registers. So I did what any sane person would and hit the wide web for a new plan. My go to site is Taste for almost everything; they’ve got an abundance of recipes including copious amounts of chocolate related finds.

So after an eternity spent searching for something that did not require the use of solid chocolates or creams I finally found something I could work with. Chocolate pound cake.

To add to the drama worthy for a reality TV show I didn’t read the recipe properly; like always and then found myself in another damn kerfuffle. For one, you need to heat up and melt most of the ingredients to combine etc then let cool down. I did not have time for this. Grrr. Secondly the frosting also needs time to chill in the fridge. Lazy bastard.

Moral of this rant. Read the instructions people! It’s pretty common sense but my brain apparently missed that memo and now hard-wired not to do so.

Preheat oven to 180°C / 350°F and grease a medium sized square pan.
In a non stick saucepan combine sugar, butter, bicarb soda, cocoa and 1 cup of cold water over a low heat setting. Cook for about 5 minutes or until sugar has dissolved.
Bring to boil and let simmer for 2 minutes or until mixture doubles the transfer to a large bowl and set aside to cool for 15 minutes.
Add flour and eggs and beat with an electric mixer until pale and smooth then pour into cake pan.
Bake for 35 minutes or until an inserted skewer comes out clean. Allow to stand for 10 minutes then remove from pan to cool completely.
To make the frosting add butter, caster sugar and 2 tbs cold water into a saucepan on medium high heat and bring to boil. Remove from heat.
Sift icing sugar and cocoa into a bowl and gradually add the wet mixture stirring to combine.
Cover and refrigerate for 30 minutes then spread on cake.


You can also check the original right here. 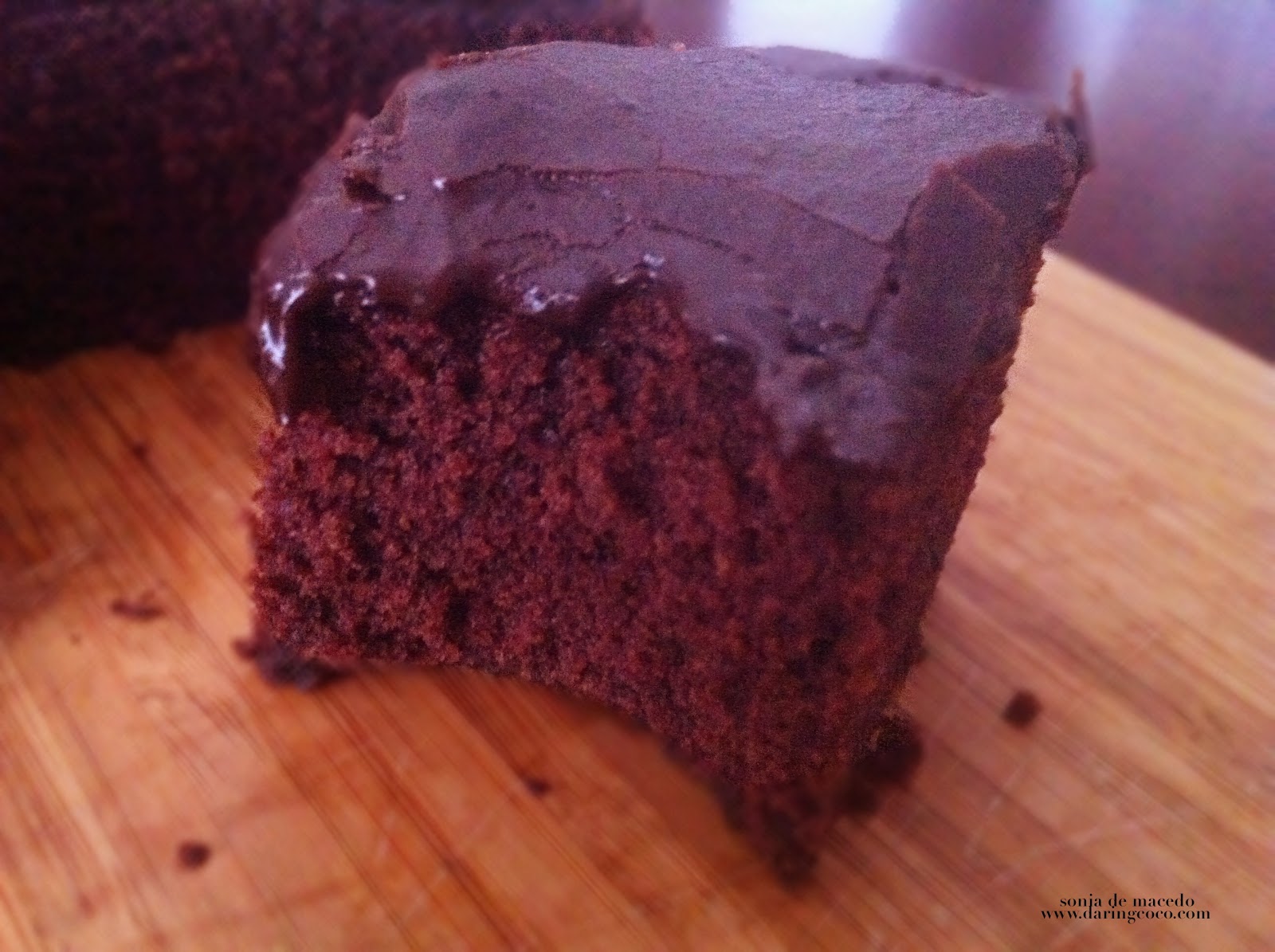 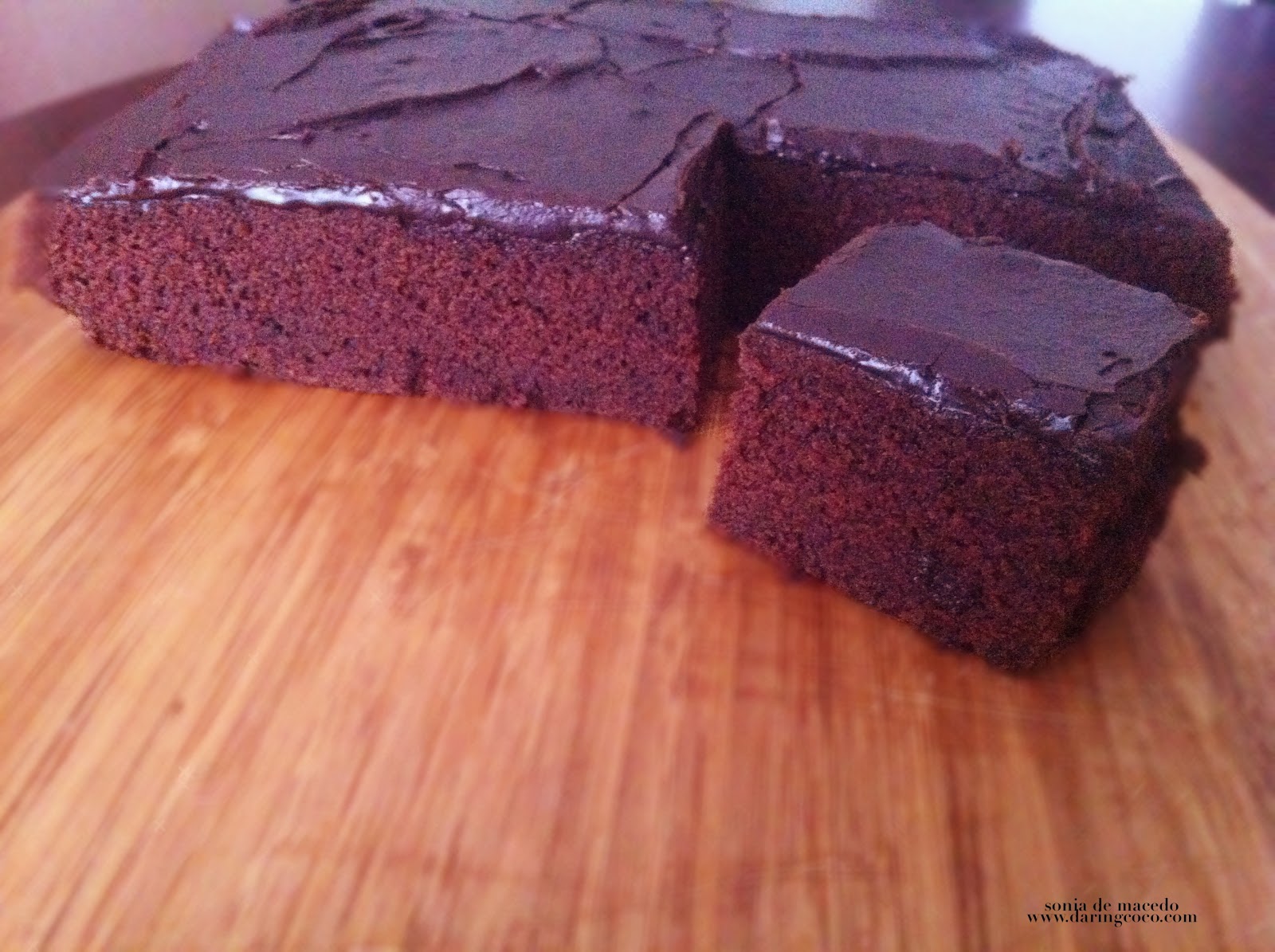 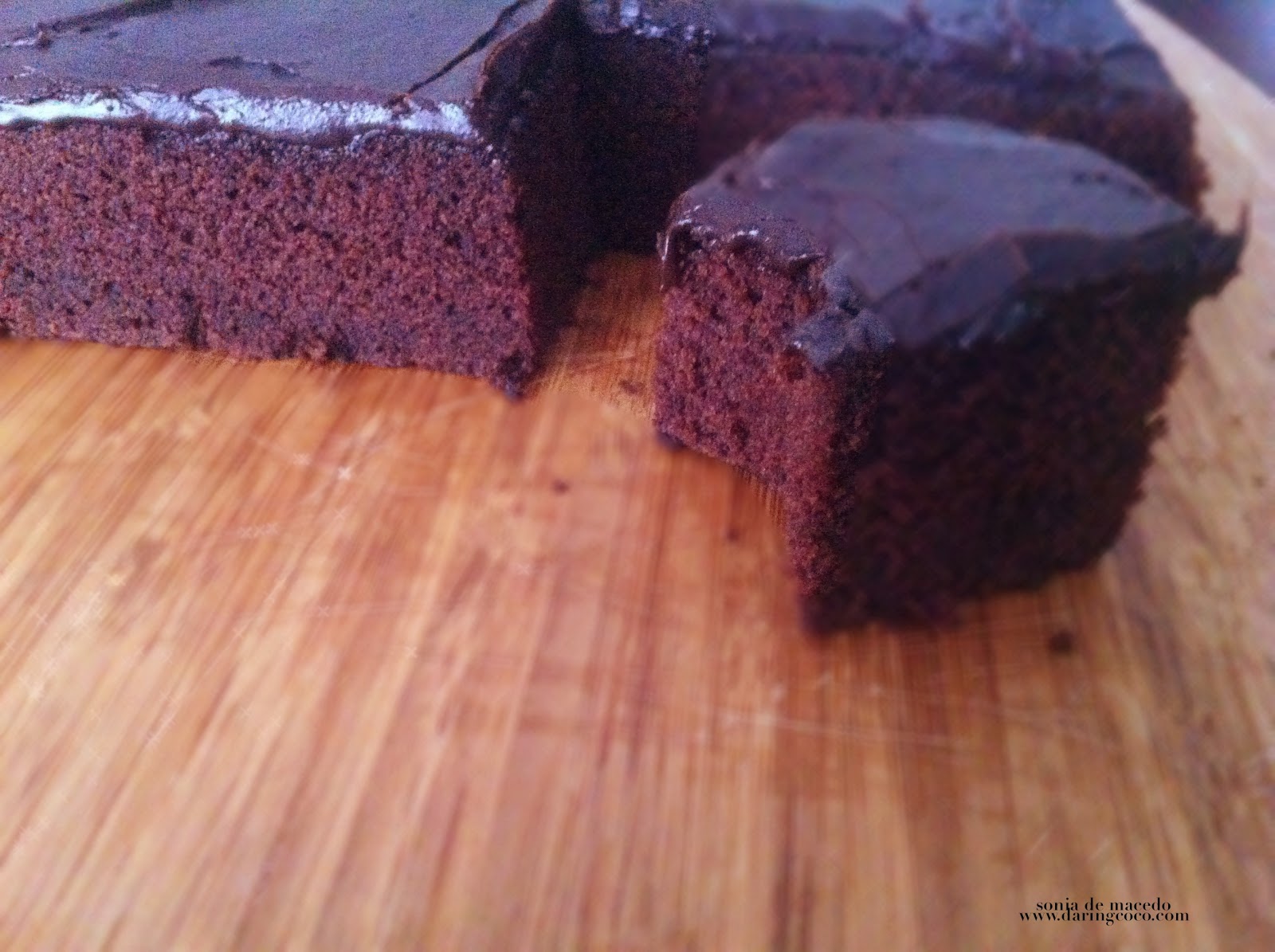 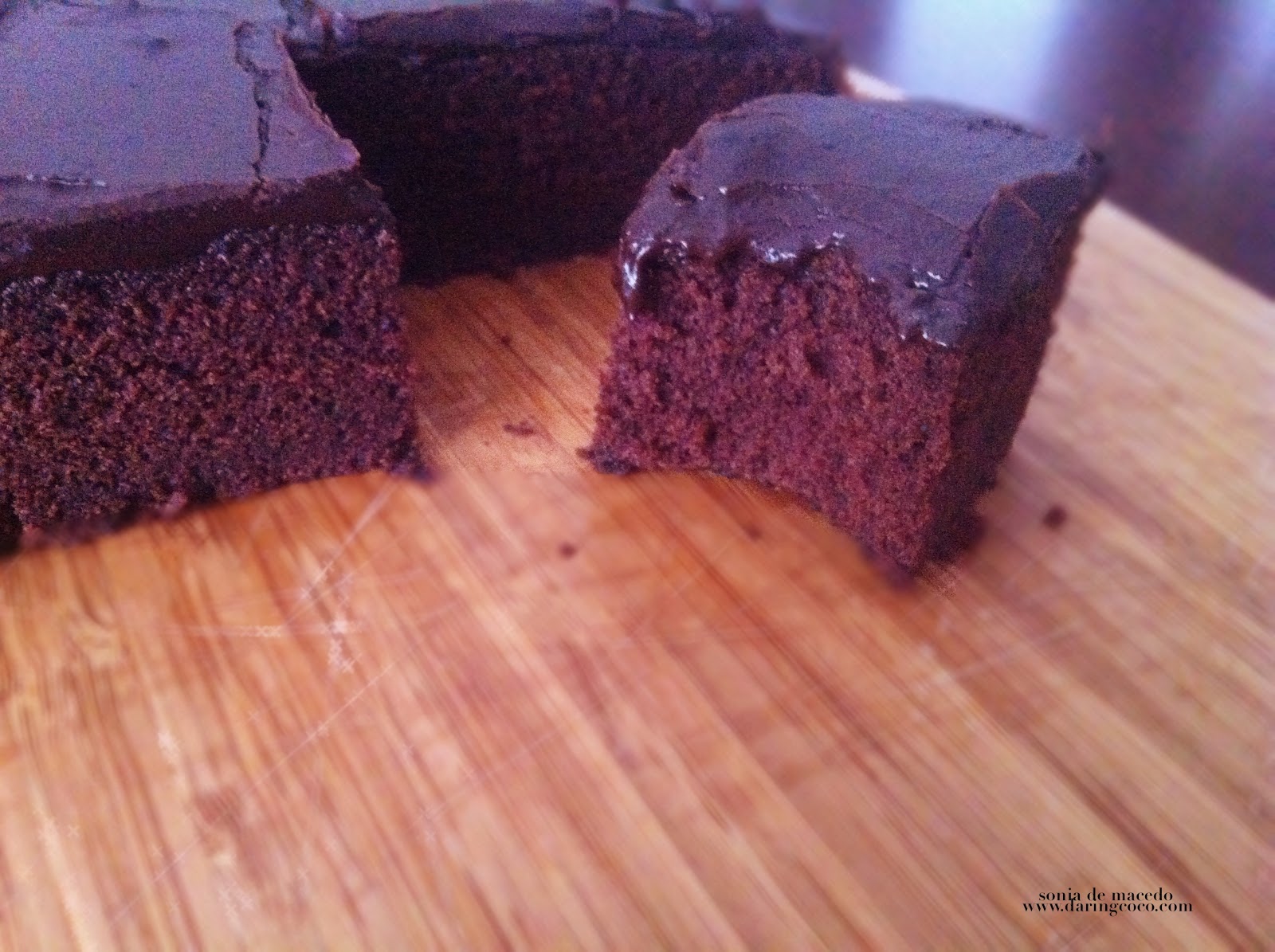