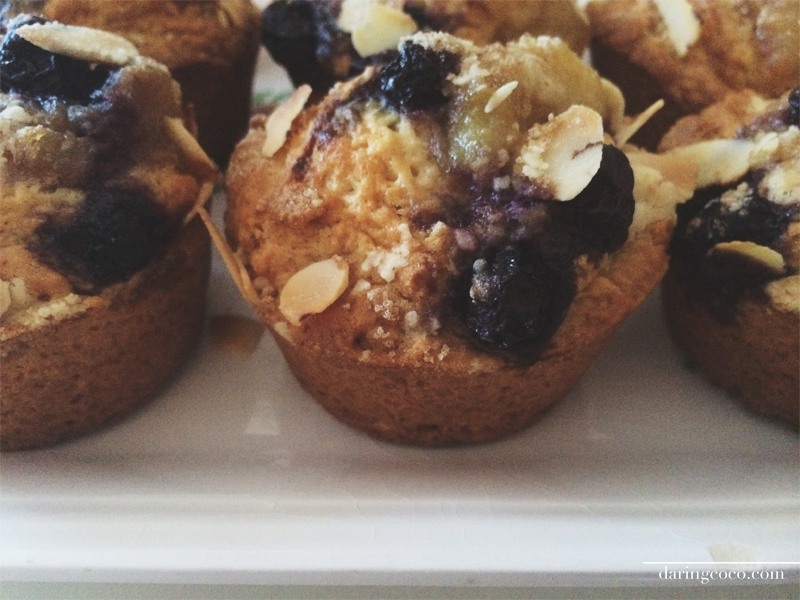 These blueberry apple and almond crumble muffins are the gorgeous little devils I made for my mother on Mothers Day. I set out on an ambitious task towards making her day extra special by setting out to produce a luxurious breakfast high tea filled with indulgent goods. In doing so I got up real early on Sunday morning to start this ambitious undertaking. For those who know me you’d worked out by now that things didn’t exactly go according to plan. And these blueberry apple and almond crumble muffins happened by chance. I spent a good portion of time attempting to halve the ingredients in the recipe. I stood in the kitchen for a good ten minutes trying to work how to halve 2 1/2 cups of flour. Maths was never and I mean never my strength and I am not ashamed to admit that.

I also realised I forgot to halve the butter and sugar. And in my haste, horror and irrationality I reached for more flour and milk and started pouring it haphazardly into the bowl. The mixture ended up being a little on the dry side, but still appeared ok for consumption. So I went ahead with the batter regardless. And no, the fact that I had less than fifteen minutes before my mother was set to arrive had little to do with such rash decisions. And so, as you can see it’s not as blissful as one may think in my kitchen, despite the dreamy little picture photographs may depict. I’ve always wondered if I should have my own cooking show. Running around like a headless chicken and getting freaked out when the egg whites touch the pads of my fingertips would make for some entertaining viewing no?

And yes, I do freak out when anything gooey touches my fingers. 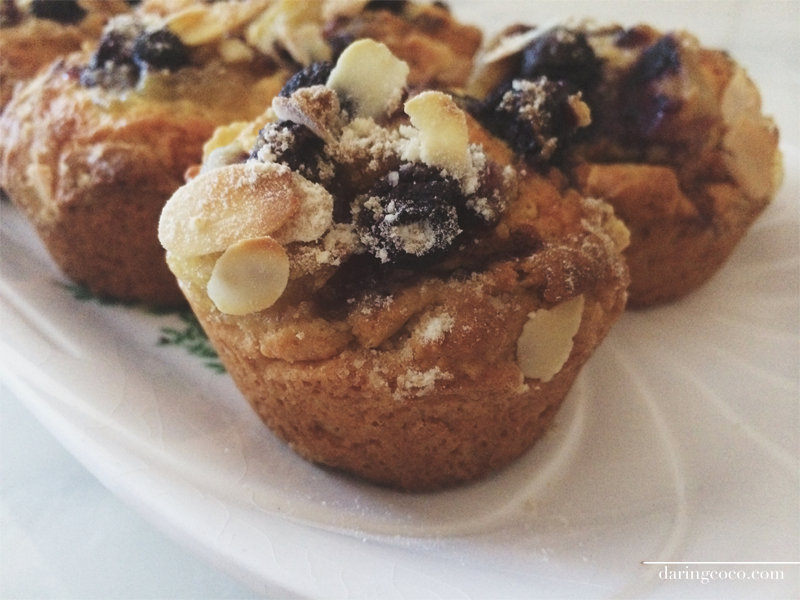 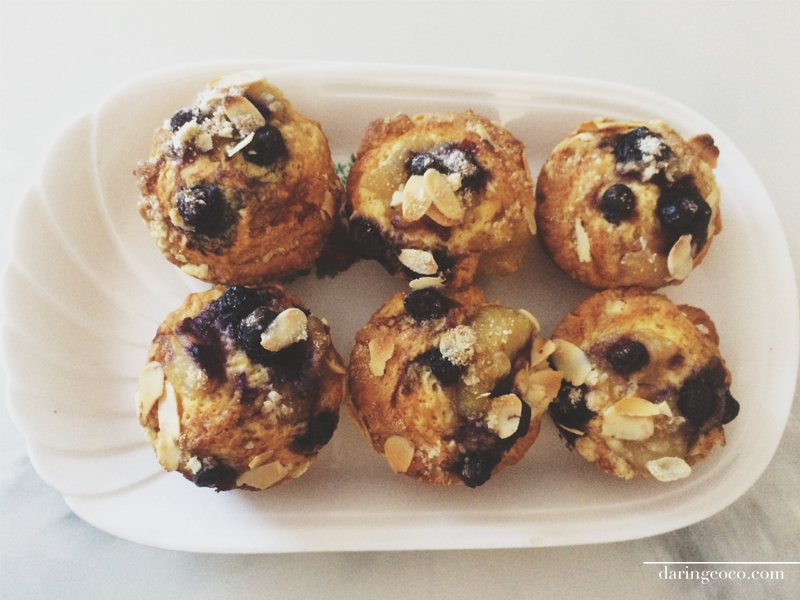 I also had some left over apple from some turnovers I had just made (see, I was a total machine) and decided to incorporate them onto the tops. Along with some additional blueberries too. And I am glad I did so because these additions added a nice texture and flavour to an otherwise dry muffin mix. When I pulled these blueberry apple and almond crumble muffins out of the oven they appeared to be edible. They even smelled rather appetising, so I crossed my fingers and prayed to the Kitchen Gods that these berry-licious blueberry apple and almond crumble muffins would taste as good as they looked and smelt. And since this was Mothers Day after all, being humbly photogenic just wasn’t going to cut it.

And thankfully the blueberry apple and almond crumble muffins turned out resplendently. A little on the dry side but they are muffins after all. Best of all my mother adored them.

Preheat oven to 180°C / 350°F and grease a twelve hole muffin pan.
Start by making the crumble topping. Add the flour and butter to a bowl and use your fingertips to rub the two together until they come together as coarse bread crumbs.
Stir in the sugar and almonds and set aside.
In another bowl add the sugar, flour, butter, milk and egg and stir until well combined.
Spoon mixture into muffin pan.
Add the blueberry and apple pieces the tops of muffins then sprinkle over the crumble mixture.
Bake for 20-15 minutes or until an inserted skewer comes out clean then leave in pans for 15 minutes to cool before serving with custard.