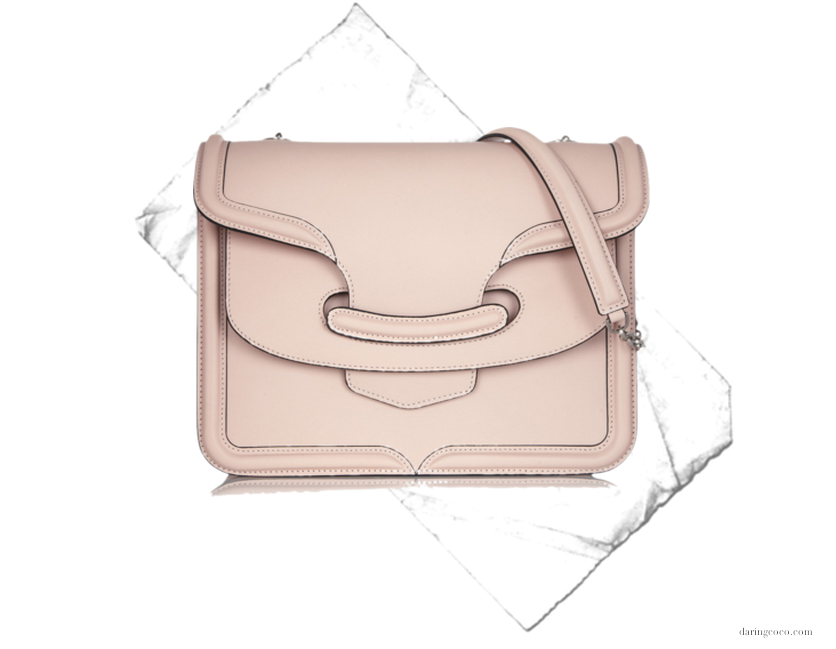 I’m sorry but I’ve officially fallen for another. I am completely and irrevocably smitten with this magnificent blush Alexander McQueen. Sure she seemingly costs a pretty penny or two (thousand to be exact), but would you look at those lines! Architectural brilliance of the sartorial kind they are. I know a lot of my readers will be up in arms over this unpopular opinion, that given the choice you’d pick a Proenza Schouler any day, but hear me out on this one will you. They’re both in equal price ranges and they are both quite compact in size; however deceivingly generous on the inside. What the humble Proenza has that McQueen does not is an over saturation out on the streets. Which for some can be a major negative.

Honestly it seems these days every style blogger and their dogs are carrying a PS-something. But the uber lovely Heroine series is seemingly a rare species out there on the street style scene. While you may see one or two out and about – that is it. Just one or two. And why is this? Because it is a design lusted over discreetly. Treasured and worn by the select few who want to remain ahead of the pack; who prefer anonymity over fashionableness. And no I am not hating on Proenza Schouler and the masses of it’s following – please don’t misinterpret. Hell, you’ll probably see me carrying one of those bad boys in the next few weeks even. But my point in this covet was that I simply wanted to divert your eyes to another style icon. To something more than fame. To draw your attention to another type of bag, one that isn’t entirely part of that ‘in’ crowd but nonetheless stands confidently solo and is not afraid to run her own race.