It’s been a while, no? I’ve been a little lazy on the food porn front but these little babies were that good I just had to blog them immediately. Ok, truthfully not that immediately, I made these for Easter and did have every intention of posting them for last week but I’ve been fighting a nasty ass cold so it had to wait for now. I originally found these suckers over on taste.com.au, supposedly a take on a classic macaroon version from a quaint little cake shop in London named Violet’s. I’ve never had the privilege of tasting them but since these bad boys I baked were pretty awesome, then shucks, Violet’s is now high on my gastronomical wanderlust bucketlist.

Preheat oven to 150°C / 302°F and line 2 trays with baking paper.
In a non-stick saucepan place egg whites, honey, coconut, vanilla and a pinch of salt. Combine together over a medium-low heat until sugar has dissolved or mixture has combined.
Cool for about 15 minutes.
With a large spoon place spoon sized mounds of mixture onto tray and flatten slightly.
Bake for around 15-20 minutes until golden or just firm to the touch.
Cool completely then remove from trays. 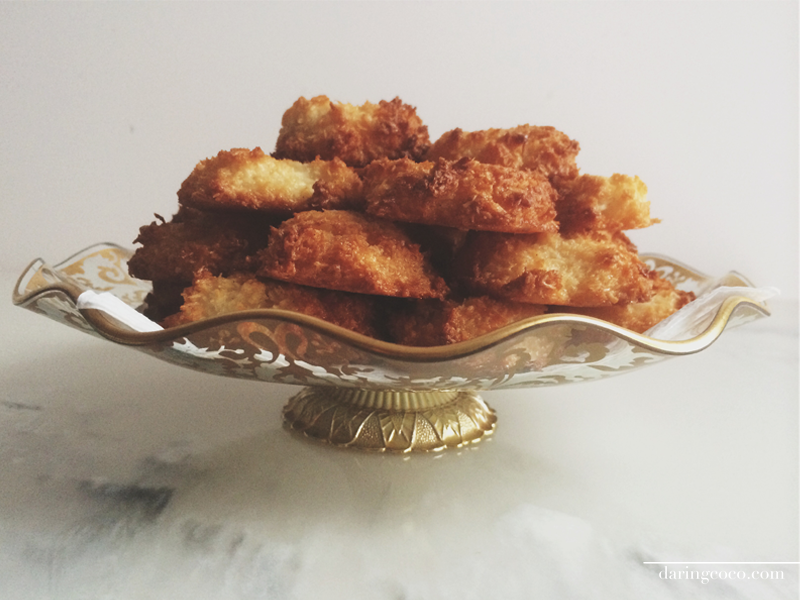 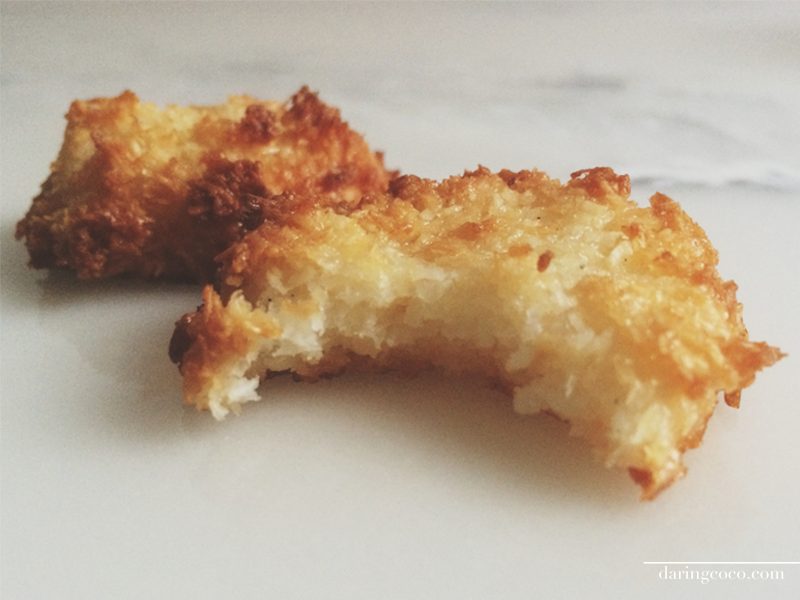