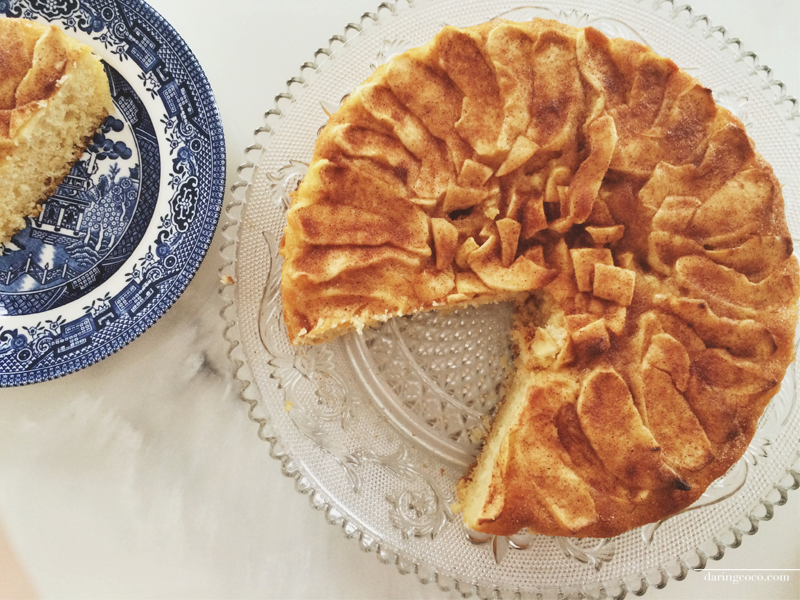 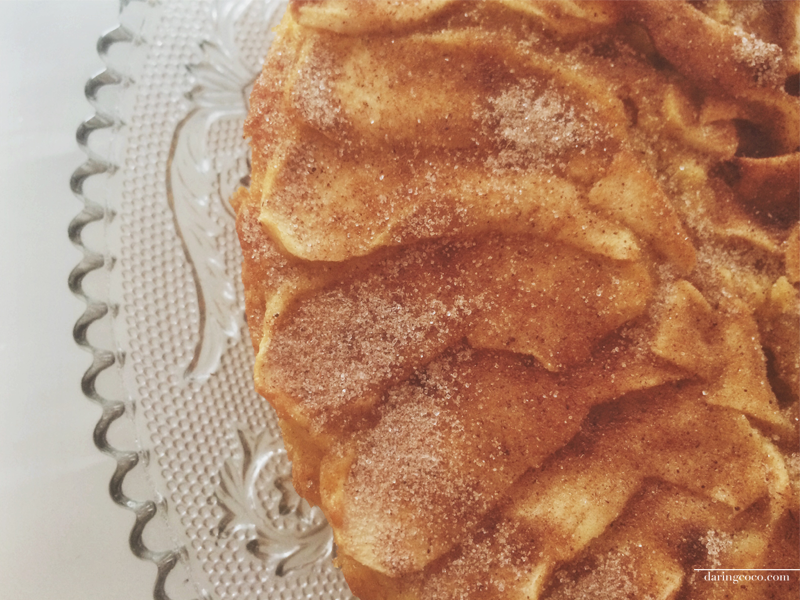 I don’t know about you but when I think about tea cakes in general, I often envision a gathering of country club ladies, chattering away beside an antique mahogany dining table. One laden with stereotypical high tea delicacies. A vision I solely lay blame on Hollywood and the BBC for this terribly outdated view and for such outlandish snobbery no less. That said I’m not entirely sure why I opted to bake a tea cake. Was it the pretty picture accompanying the recipe or was it through sheer laziness as said recipe was indeed effortless? Most probably the latter as it completely reassured my lackadaisical demeanour. 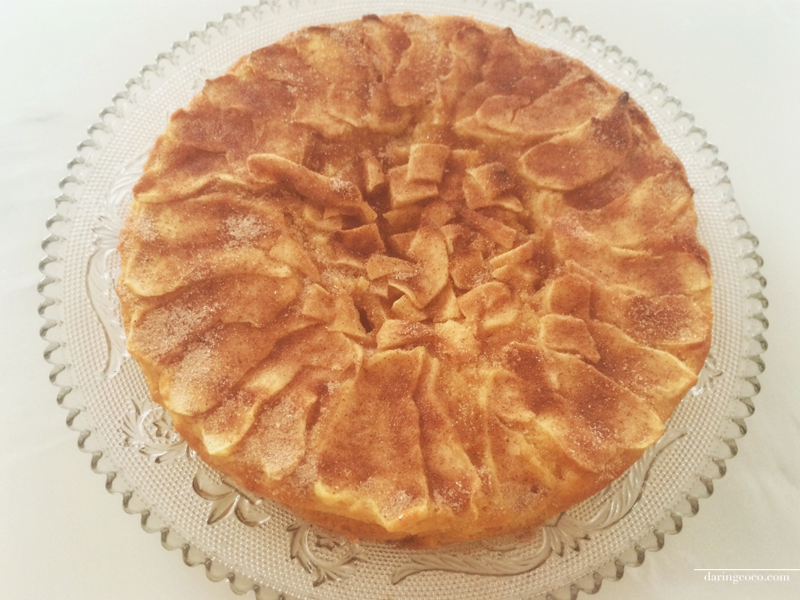 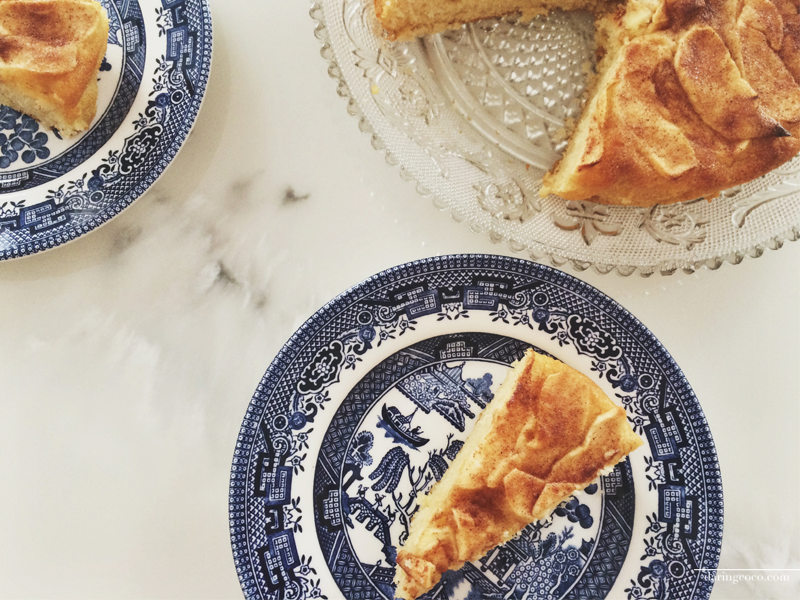 I feel compelled to mention yet again how straightforward this recipe for an apple and cinnamon tea cake is. I could not stress this enough. It’s also at times quite enjoyable with the arrangement of apple slices and the sprinkling of sugar and cinnamon. That said those parts also brought out the annoying, inner perfectionist who wasn’t too thrilled when an apple refused to overlap daintily like his counterparts. Or when a small area was too abundant in its dusting of cinnamon.

And while this tea cake may require little to no effort to create, that isn’t the most important factor at play here. Taste is. Because anything worth devouring needs to be appetising, no? So you can imagine my mock horror when I discovered that this tea cake was exactly that. Not dull and super dry as per those stereotypical images of tea cake in my mind, but utterly divine. I’d go as far as claiming it was finger-licking good. Yes that bloody good! Because it was moist and ever so light and fluffy; like biting through golden gossamer clouds.

All preconceived notions now cast aside; I’m totally converted to the wide world of tea cake.

Preheat oven to 160°C / 320°F and line a small round cake pan with baking paper.
Beat butter, sugar, egg and the vanilla together for around 2 minutes or until well combined.
Stir in half of the flour and half of the milk until incorporated then repeat with the remaining flour and milk.
Spoon into cake pan and level the top as best as you can.
Arrange sliced pieces of apple on the top and bake for 25-30 minutes or until a skewer inserted comes out clean.
Stand in pan for 5 minutes then remove onto a plate.
Stir the cinnamon, vanilla sugar and sugar together until well combined. Brush the cake with melted butter then sprinkle the cinnamon and sugar on top of the cake.