I don’t know about you guys but I have a love/hate relationship with coconut. Like accompanied with chocolate, which I strongly dislike. But fresh and drunk with a hipster-style straw, straight out of its fuzzy shell (or carton), I adore. It’s either wonderfully soft and moist or annoyingly dry. And as much as it can disappoint me, like a moth is to a flame, I am utterly attracted to it. This slice is a mixture of the two; the best of both worlds really. The bottom chocolate part of the slice tends to be on the drier side but not overly dreary thanks to our friend raspberry jam. And the topping itself is heavenly airy, melting like butter on ones tongue. But the goodness doesn’t stop there because there’s also a slight crunch which comes from the smattering of coconut flakes dancing all golden-like on the top.

Suffice to say, the two combined are perfectly delicious.

Now I know what you’re thinking.

Yes friends I did say that but I was referring to the confectioner kind. Plus this recipe calls for cocoa powder and not the solid or melted kind so it’s completely different. And there is a thick layer of raspberry jam in the middle. And raspberry combined with chocolate trumps anything, on any given day.

And for those of you with a keen eye you would have noticed that there is indeed a lack of coconut flakes dancing atop of said slice. Yes there are no flakes per se, just the shredded variety as I can’t seem to find them. Correction, I do find them sporadically but when I actually need them, they always bloody vanish. Does anybody else have this problem? Or like most bizarre things, is it just me?

Preheat oven to 180°C / 350°F and line a small square cake pan with baking paper.
Beat butter and sugar until pale and creamy.
Add the egg and beat until incorporated fully.
Mix in the cocoa and flour and once combined spread into the cake pan, making sure to smooth the surface flat.
Bake for around 10 minutes or until firm then set aside to cool.
For the coconut whisk the eggs and sugar in a large bowl.
Add flour and desiccated coconut and mix until well combined.
Back to the cake pan, spread a layer of jam on the base, making sure to cover the entire surface equally.
Spoon the coconut mixture on top of the raspberry jam and once smooth sprinkle with flaked coconut.
Bake for around 30 minutes or until golden brown and cooked through.
To serve simply cut into squares. 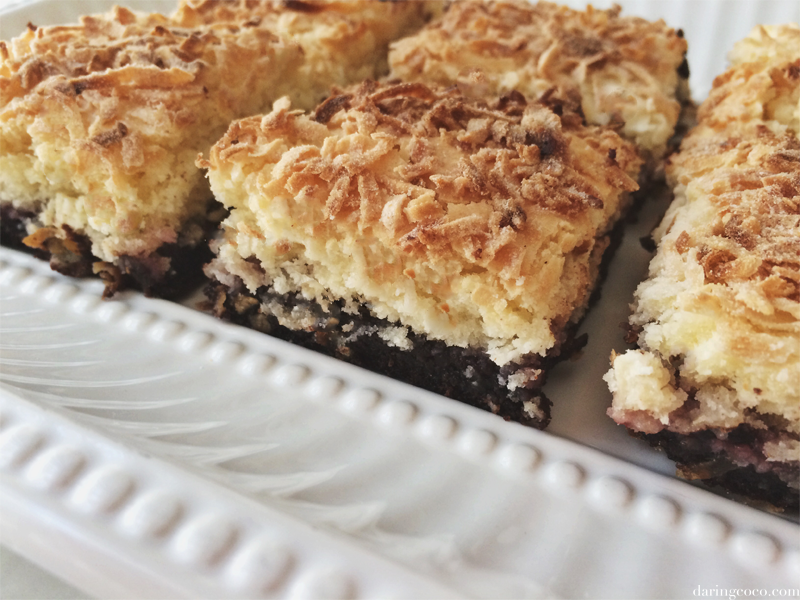 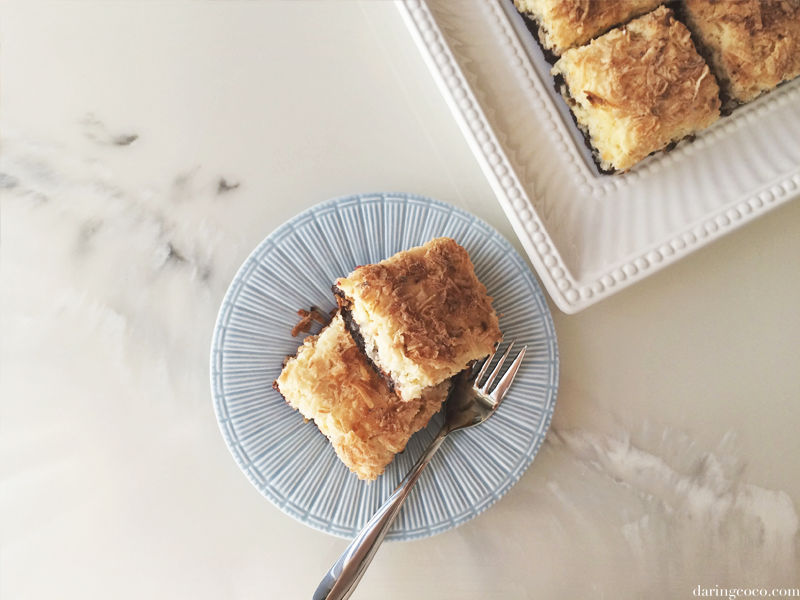 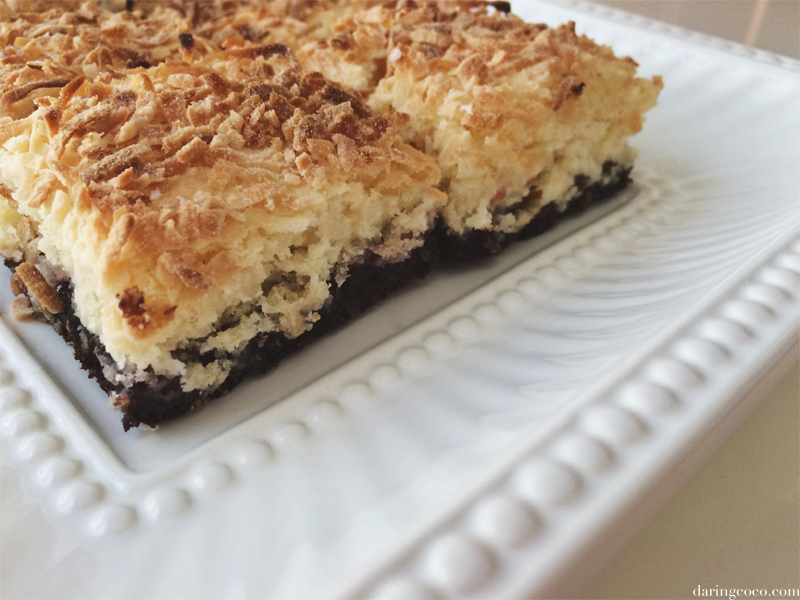 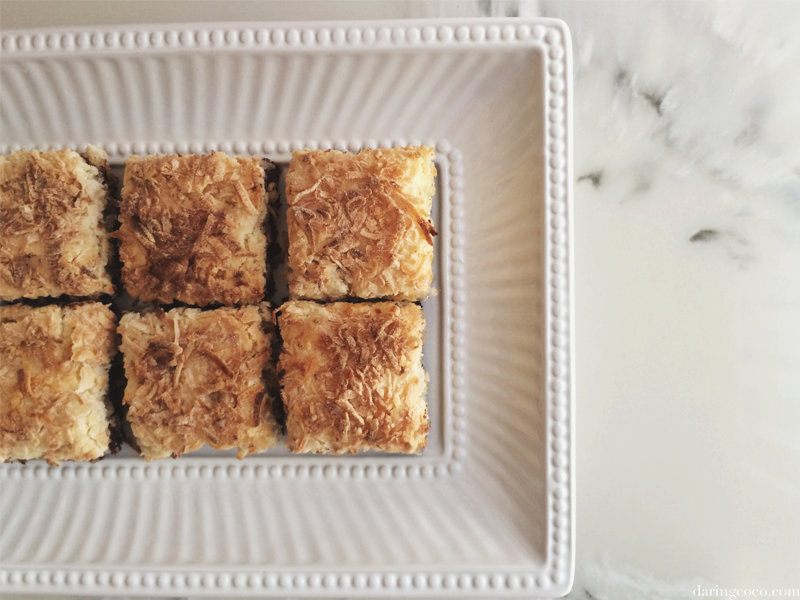 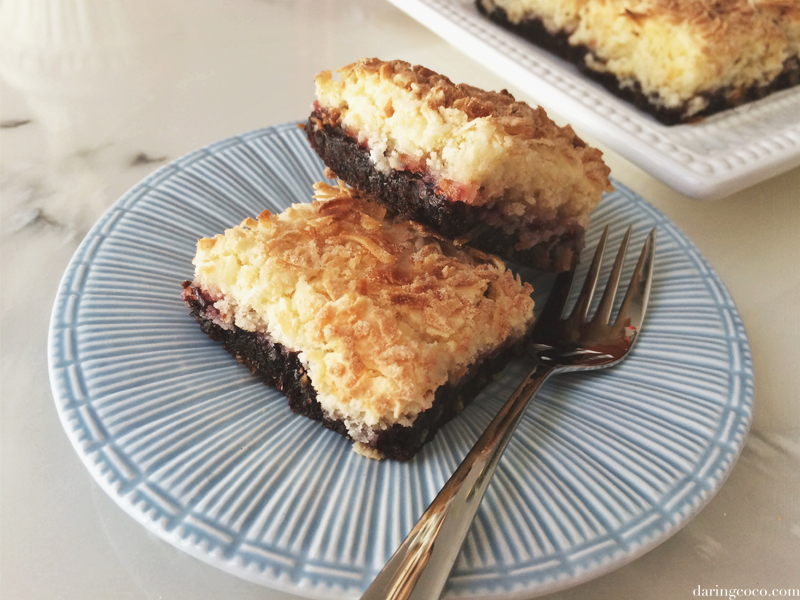