Still keeping with all things pink but I’m toughening shit up with a touch of rock ‘n’ roll. I have such a soft spot for vintage rocker tees. I used to posses quite the collection when I was much. much younger (as well as some cringeworthy boy band ones too), however I tossed them out in unnecessary haste many moons ago and have regretted it since. I’ve been desperate to accumulate that awesomeness once more but have had the most difficult time in my pursuits. At least in finding the genuine, vintage kind that is. I have purchased one or two newbies but they’re just not the same as those made in 70’s or 80’s. There’s an air of je ne sais quoi about that vintage kind and much mystery too. Oh if only they could speak, just imagine the tales they would tell! Drugs? Sex? Hendrix? And then there’s places they’d possibly ventured to like Woodstock? Or front row at a Guns & Roses gig? And much like a dusty novel awaiting to be read or that stranger you meet on the train who has lead the most unconventional life, those tee’s have stories that we need to indulge in. Which is what I love most about them, not just for the typography or art but the intrigue of where it roamed all these years since and where it will continue to travel to in the near future.

What do you guys think? Like it? Then shop it right here . 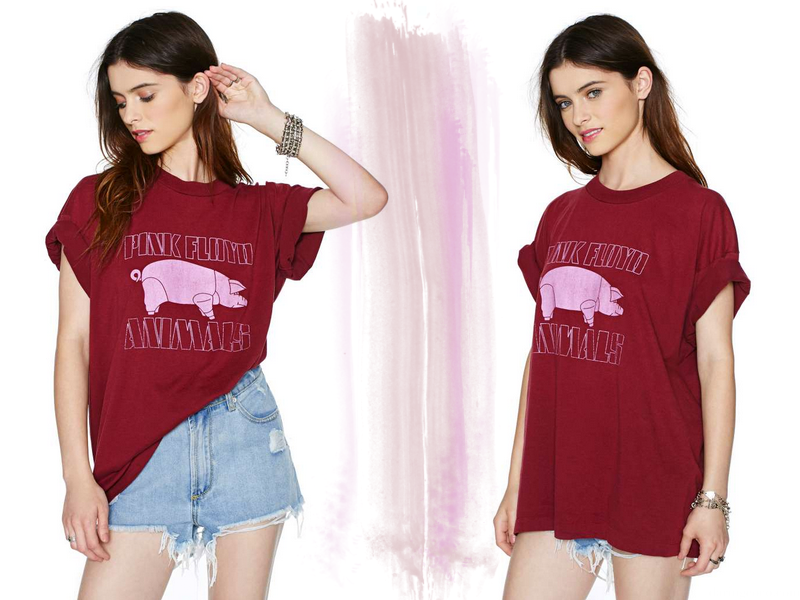