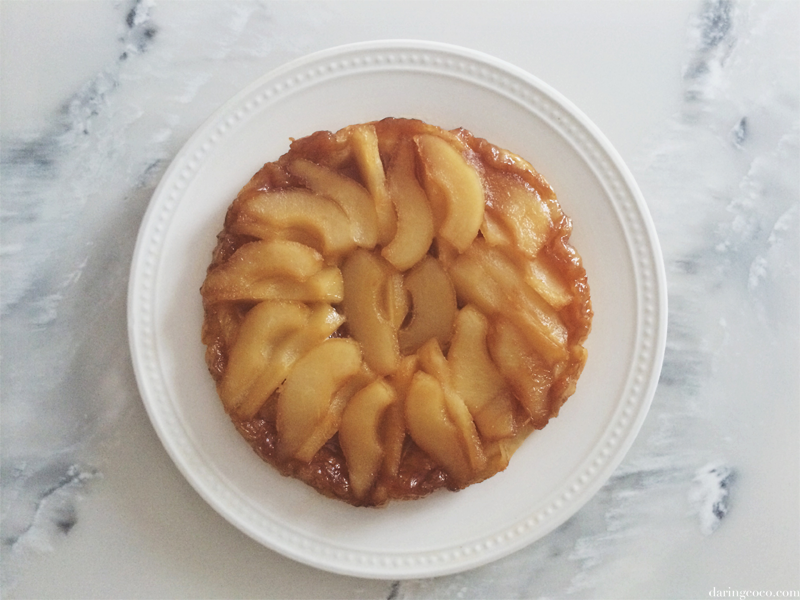 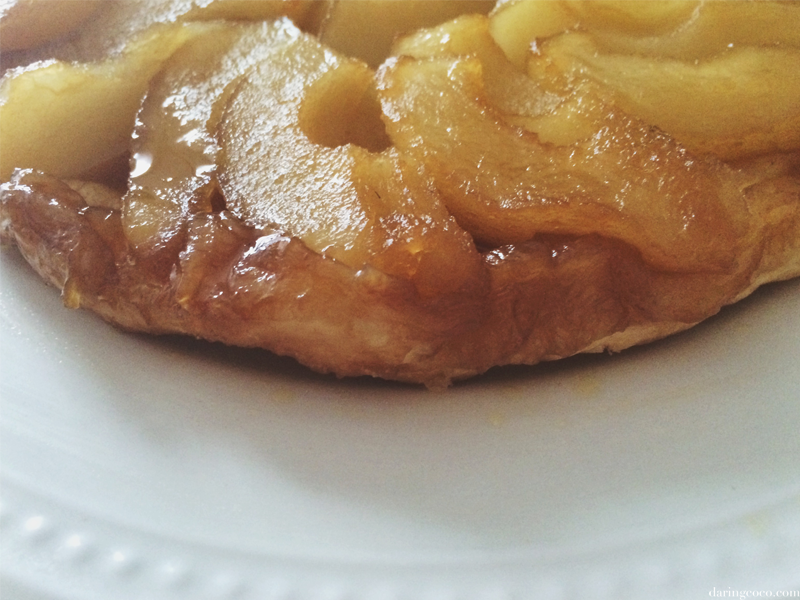 I don’t know about you guys but there’s something about a tarte tatin that has had me secretly longing to perfect someday. That said, I’ve been perpetually terrified of it and awfully afraid to bring myself towards finally attempting this, somewhat from scratch, as the French do. Truthfully, I was inexplicably and utterly terrified about making this and thus decided upon looking into some small shortcuts.

Overall it’s the creation of making puff pastry from scratch that has me reeling. I mean, have you ever actually seen a recipe for it? Holy cow! All that kneading and folding and chilling; perpetually repeated for all eternity. I can’t get pastry to do it’s thing even on a good day let alone when chucking all ingredients into a food processor, so can you imagine what horrors would emerge from me attempting this one? That my friends would be a strong contender for the basis of another new Saw movie. Plus, ain’t nobody got time for that. 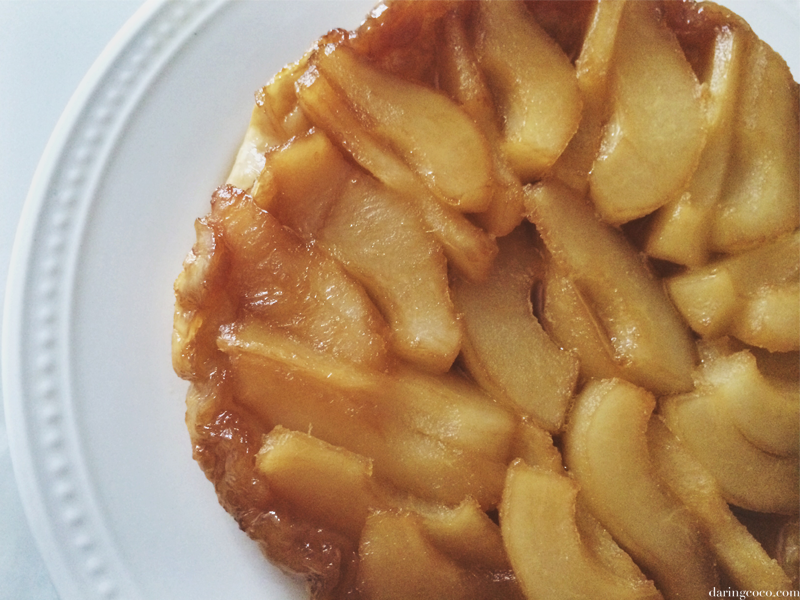 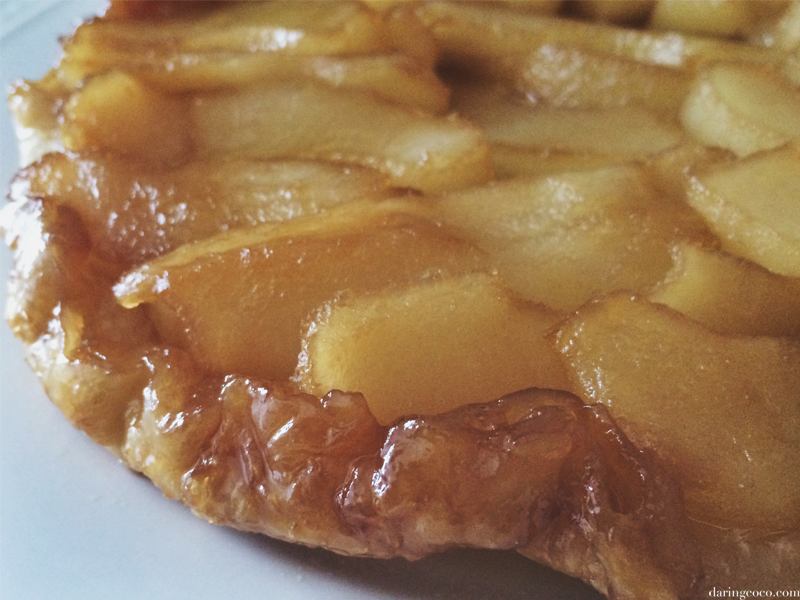 So let us talk about shortcuts. Seemingly this isn’t a proper, traditional tarte tatin. In fact most Frenchmen would most probably turn their noses up to this “abomination”. Especially since it features pears and not apples as the classically traditional recipe calls for. But what some people don’t know, won’t hurt them either. I will one day attempt the real deal; apples and all. But maybe not the pastry. Maybe.

Seriously this recipe is utterly idiot proof. Guaranteed. It’s effortless and takes minutes to prepare. Then once it’s out of the oven all you have to do is turn it onto a plate, maybe top with some vanilla bean ice cream then just devour it while it’s still hot.

Preheat oven to 200°C / 390°F and line a 20cm round tray with baking paper.
Combine butter and sugar in a heatproof bowl and microwave at 350W for 30 seconds. Remove and stir then microwave for a further 30 seconds or until mixture has come together and is smooth then pour over the base of the tray.
Arrange pears onto the base of the tray, overlapping slightly.
Place the puff pastry atop the pears and trim the side around the cake tray, leaving a slight border so you can tuck it into the sides.
Bake for around 15-20 minutes or until the pastry has puffed and turned golden.
Turn onto a plate and serve immediately.