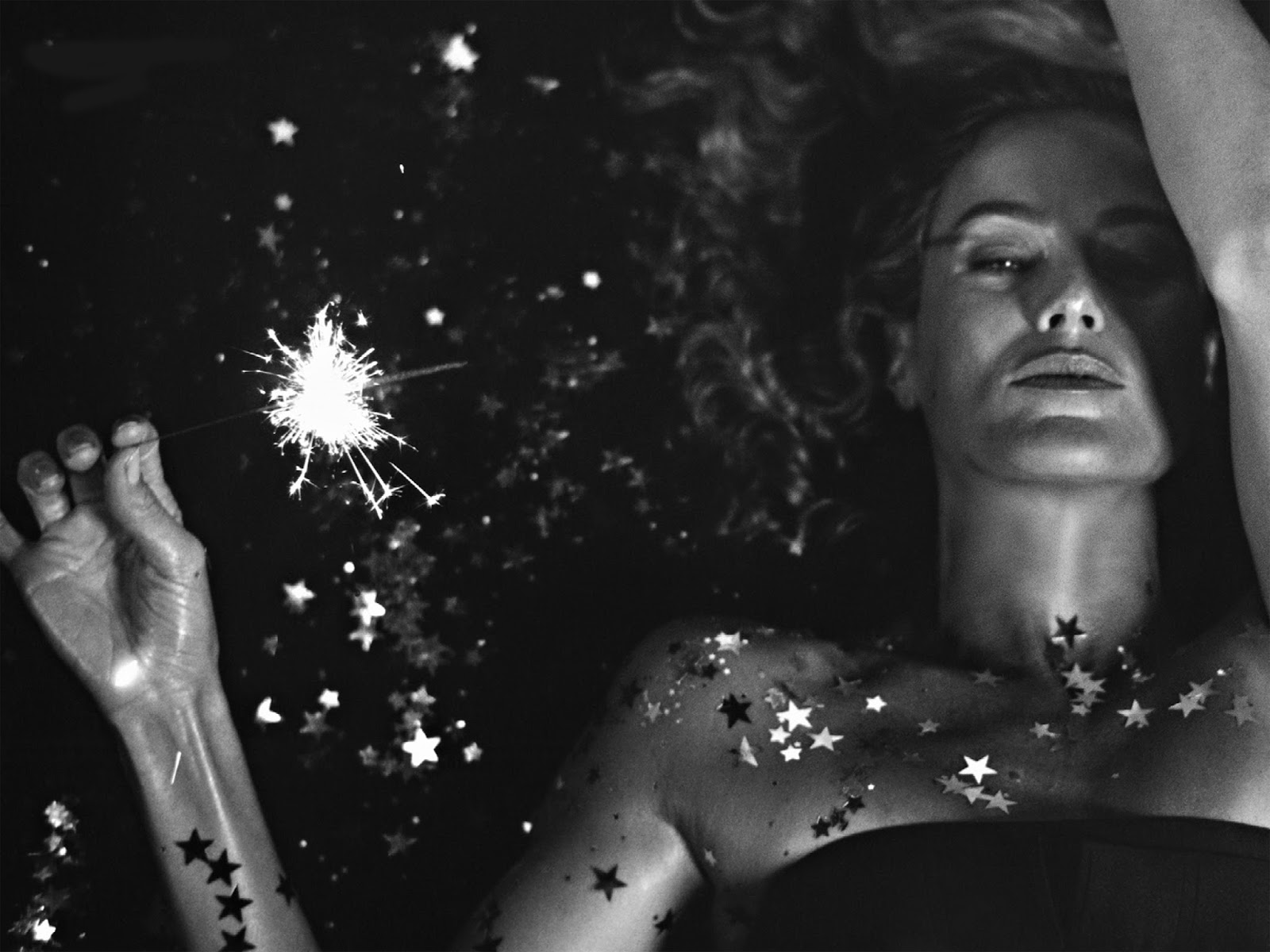 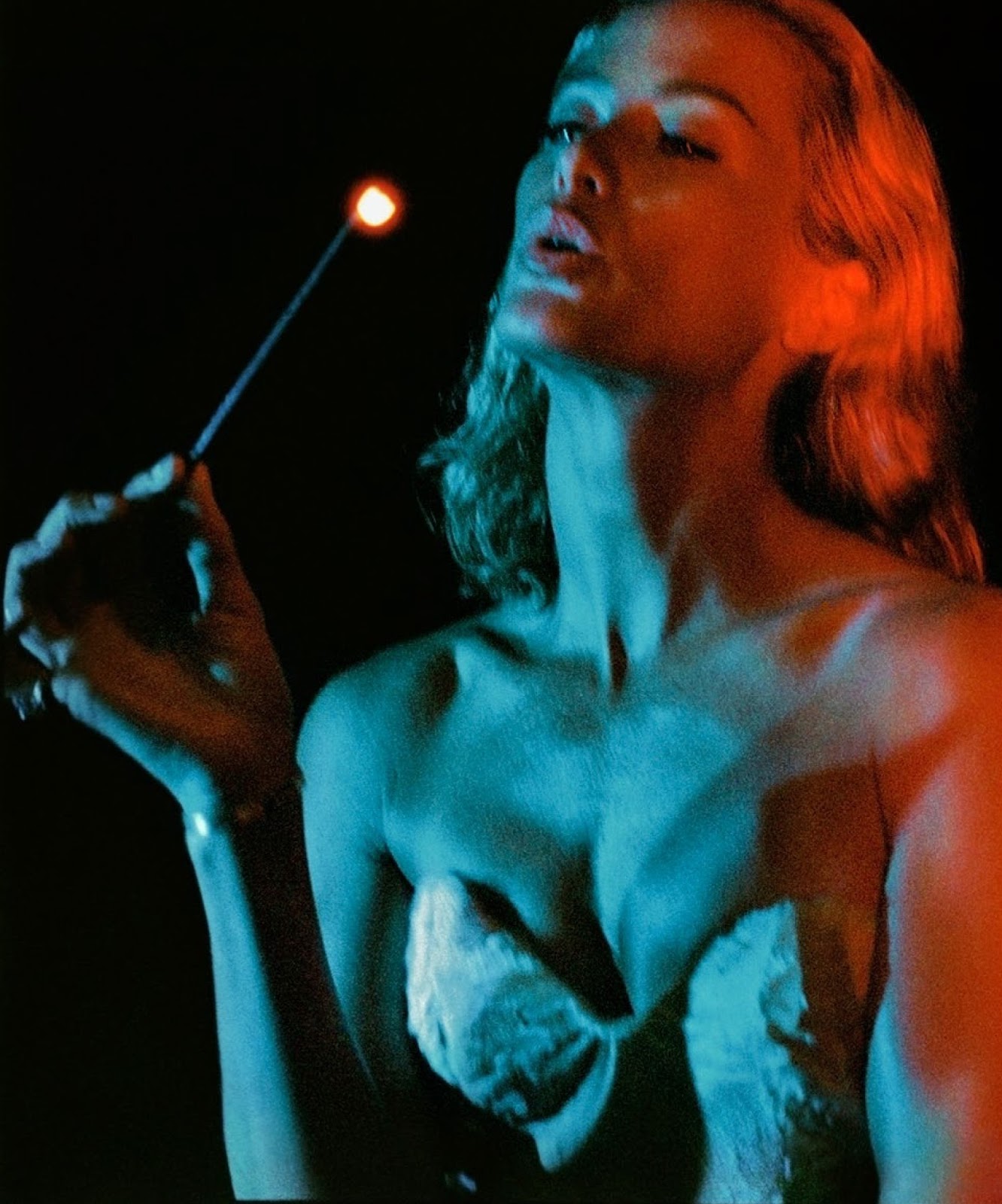 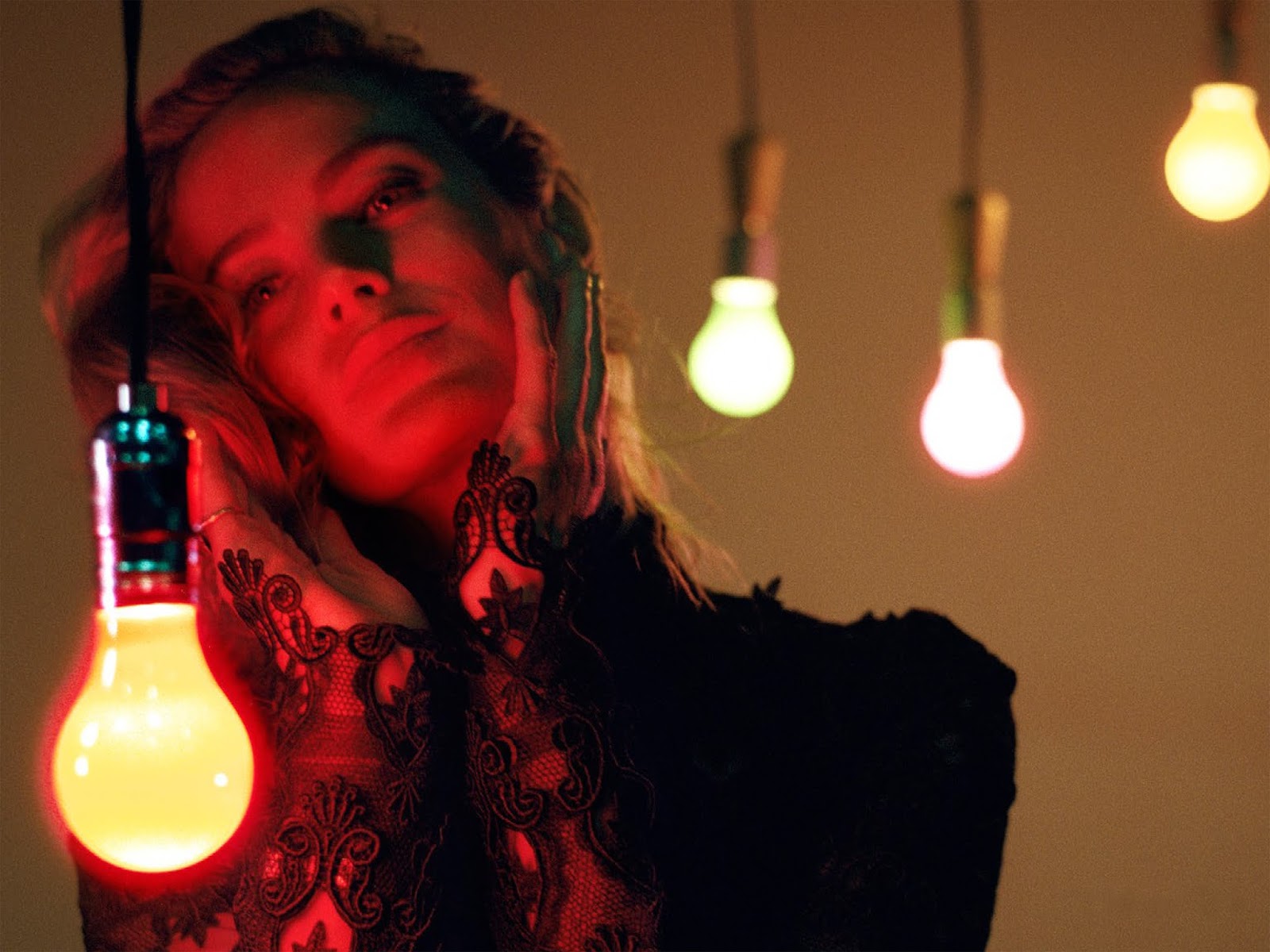 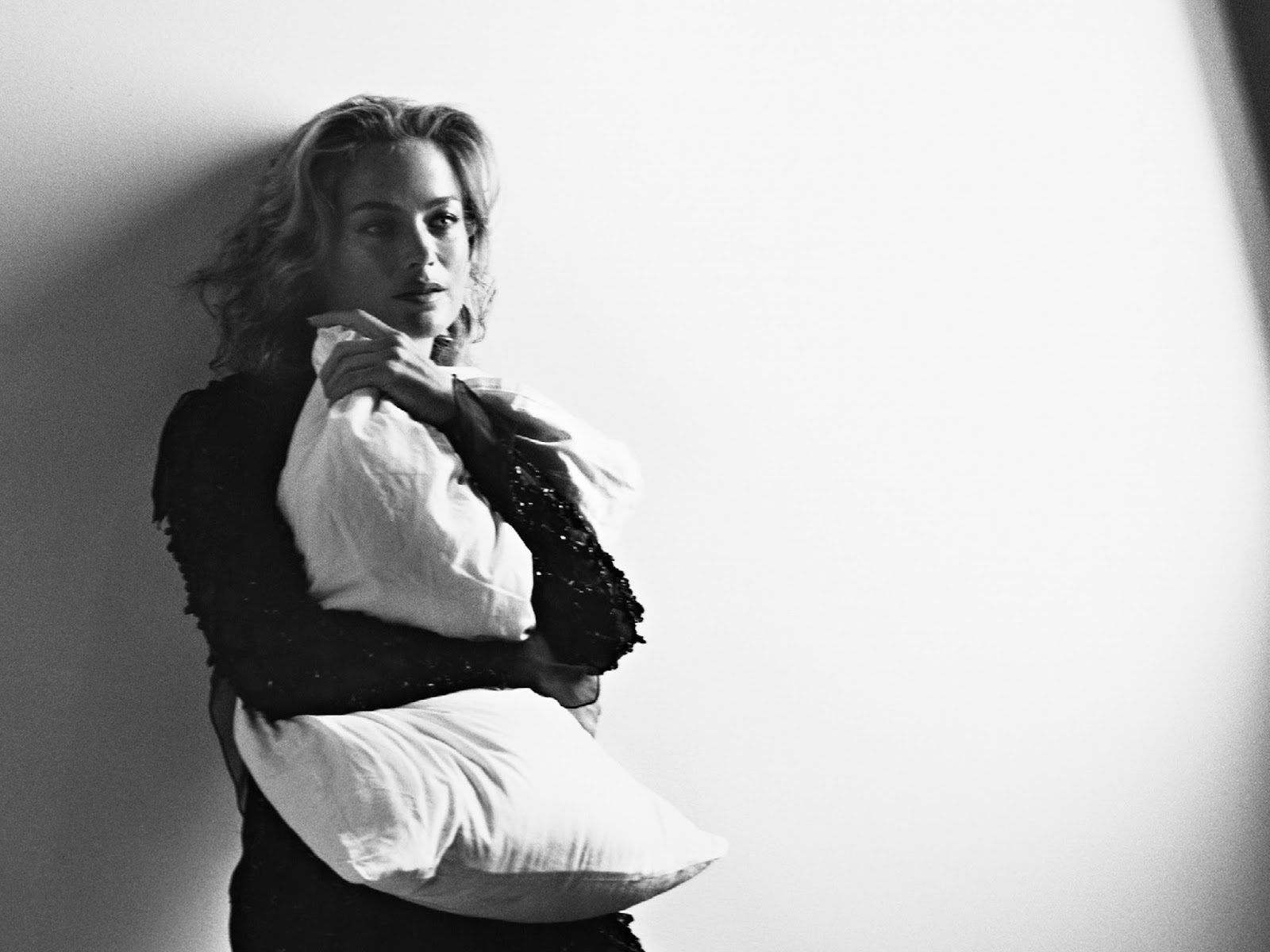 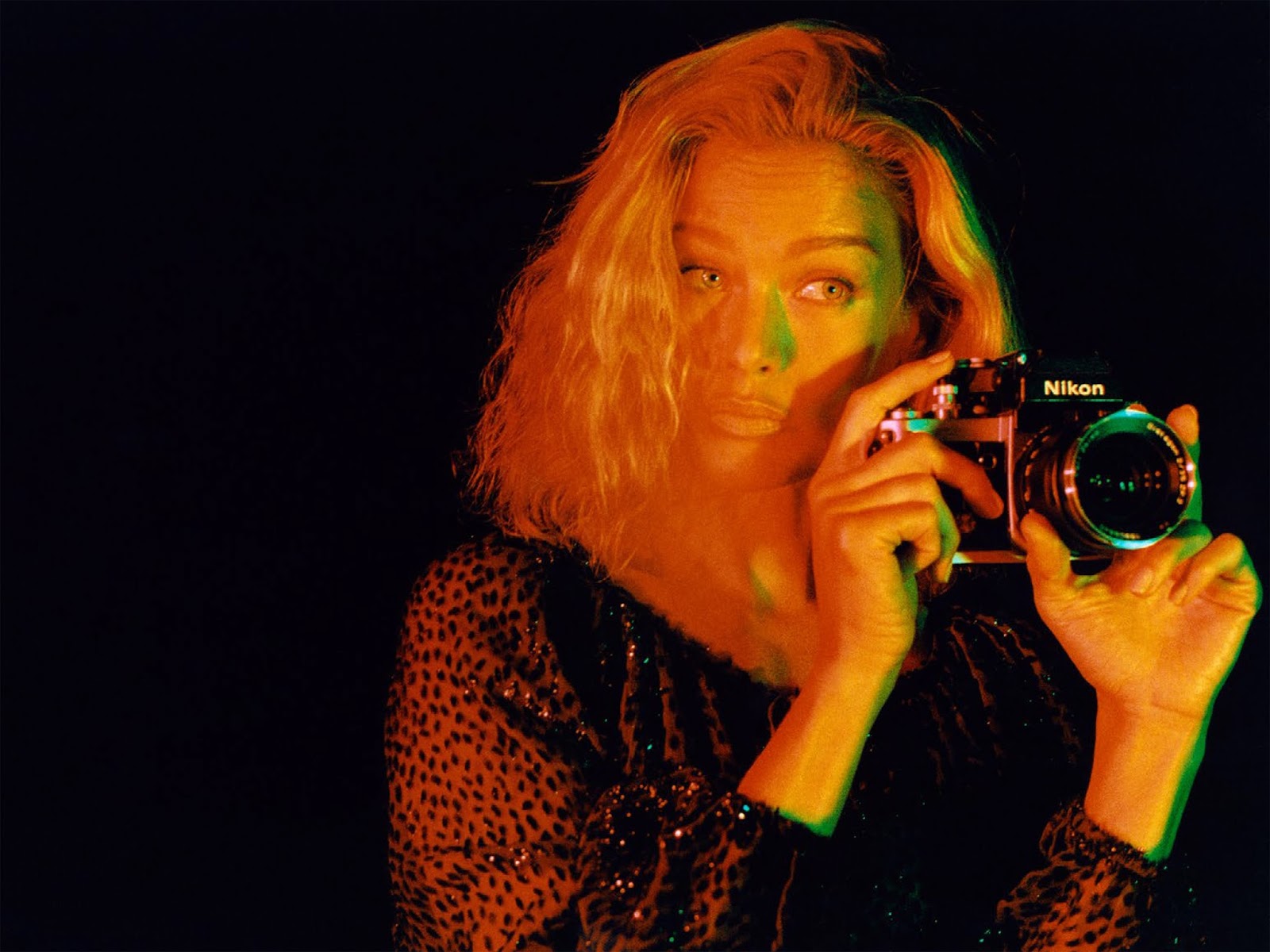 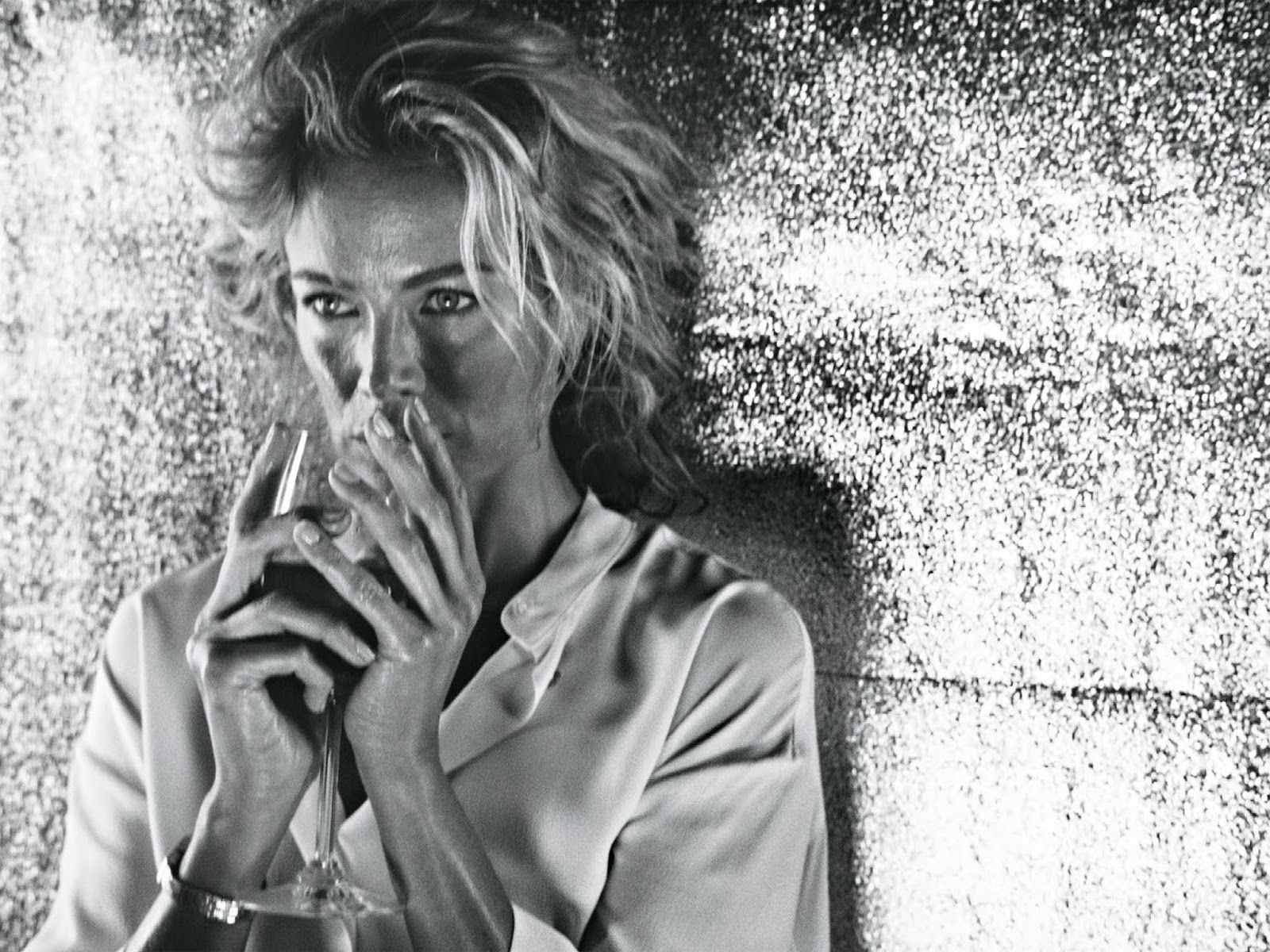 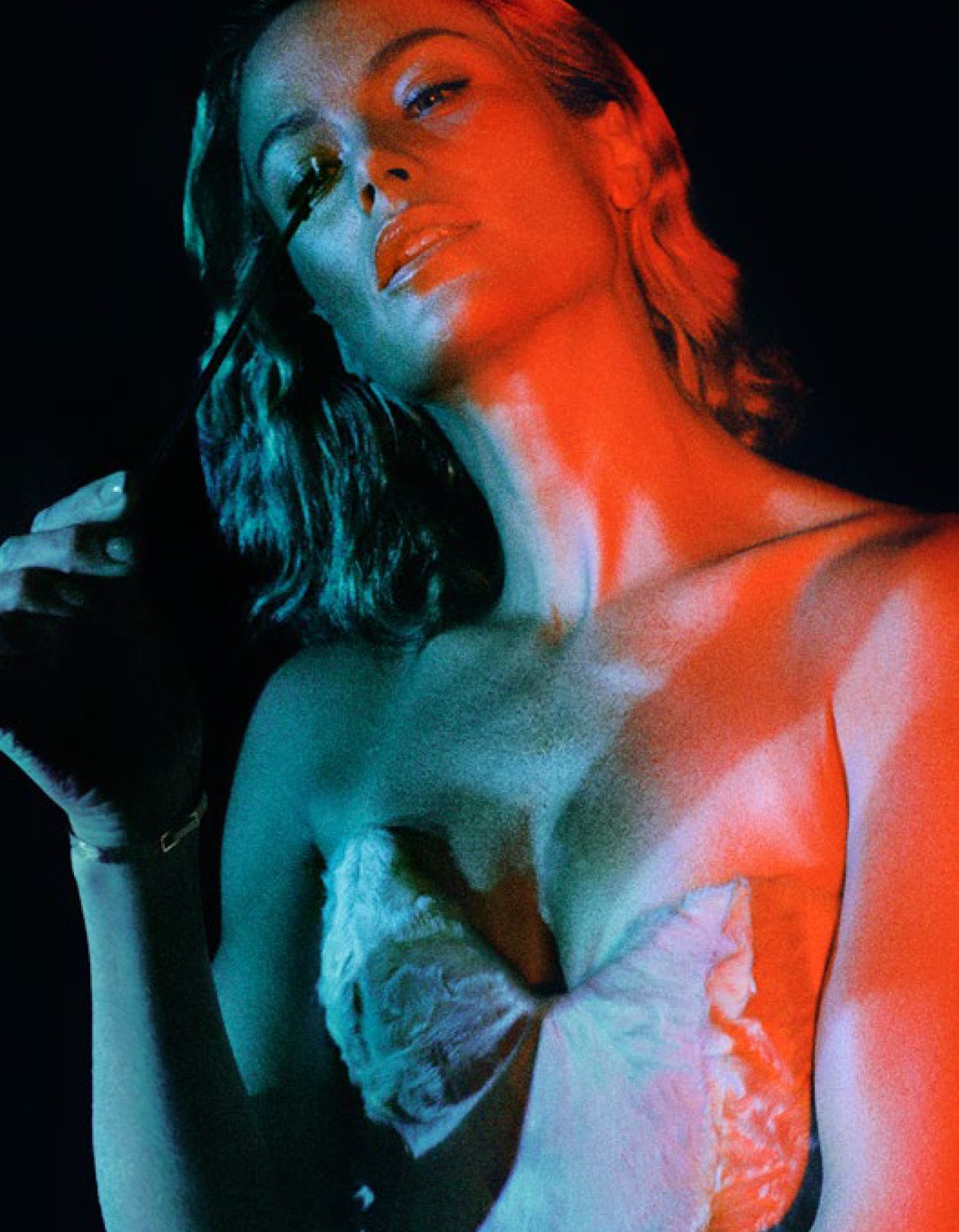 Carolyn Murphy photographed by Steven Meisel and styled by Karl Templer for the November 2014 issue of Vogue Italia.

For me scenes such as these invoke pictures of the early nineties. Specifically, memories of a five year old, not entirely comprehending the world around her; what is viewed in her reality coalescing with what is seen on the screen of her parents 50 inch NEC TV. A connection and images transmuting into stories during a time of glorified melancholy and of bleak and dark disconsolateness. An over active imagination churning chronicles of soirées caroused in dark velvet lined rooms, teaming with what I perceived to be beautiful people clasping lit cigarettes while laying spiritless on the plush pile carpeted floor. Their shadows the only clear signs of movement and life as they dance eerily in the shadows cast by dimly lit fluorescents. A juxtaposition of sleek blonde bobs with messy, unwashed hair and laughter intermingling with earnestness. Ebony duster trench coats mirror the mood, draped haphazardly over a Memphis-Milano by the door. Their owners crowd around a besmirched Noguchi. On one side, a minuscule mountain of crisp white powder disintegrates into trained fine lines with the precise movements from the smooth hand of a business man clutching a black American Express. The other side holds a single empty red wine glass and overturned bottles of empty Peroni which create a connection and an unintentional fortress against the door.

It’s editorials such as these that invoke whimsy and memories of the past that I adore. A focus not so much on the sartorial but the imaginative and coalescence of the entire setting and surroundings. A visual feast for the creative at heart.

//
You may also enjoy these articles: the rock muse   +   melancholia