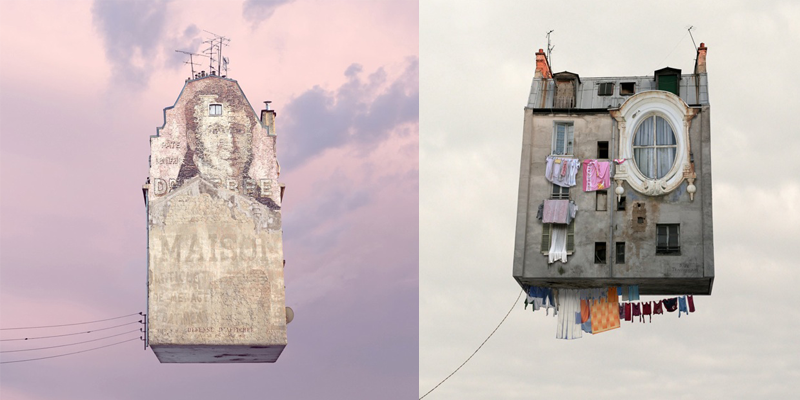 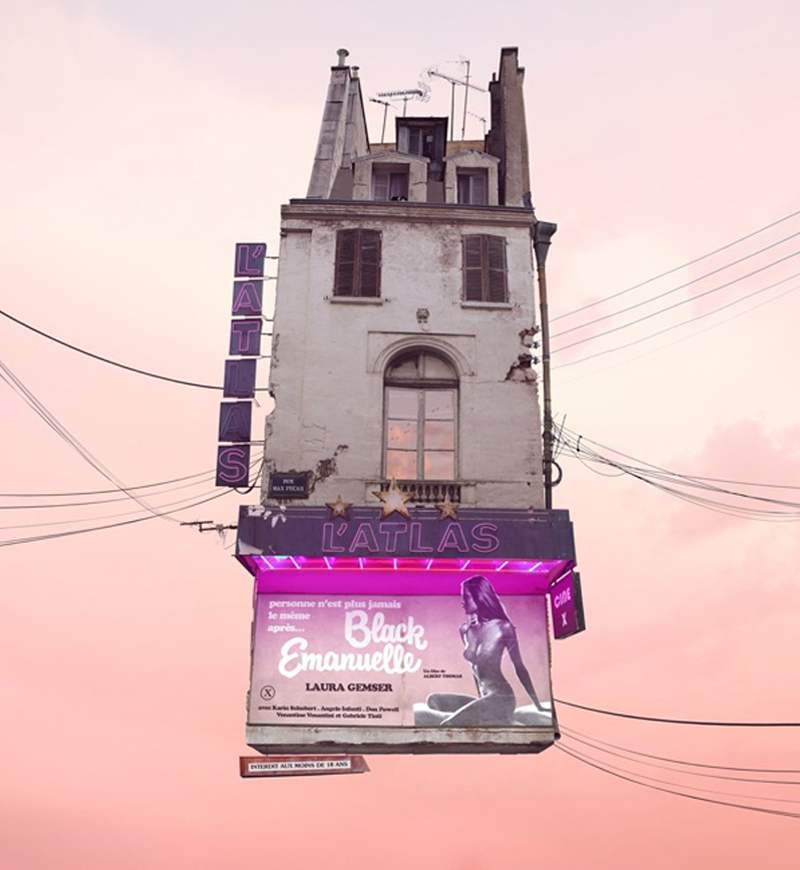 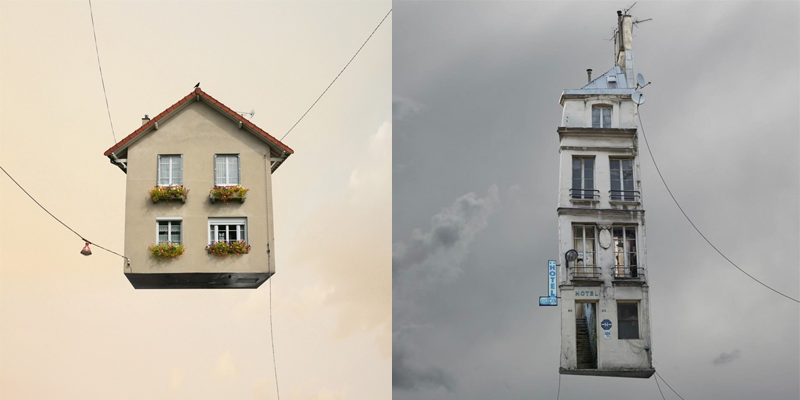 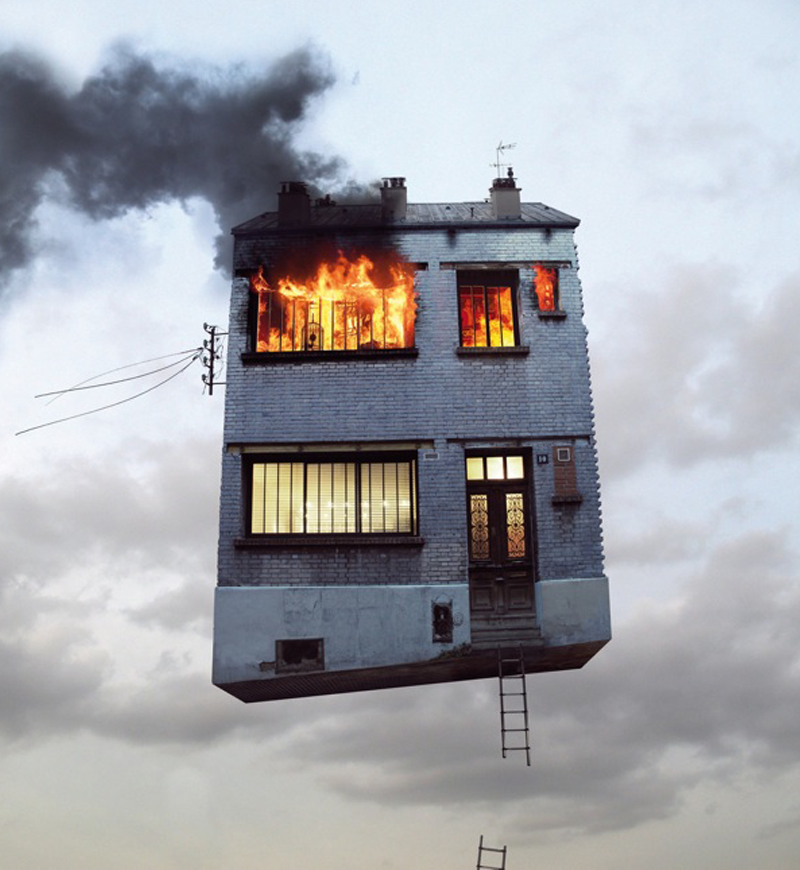 It is hard to reign in your imagination with this series by French photographer Laurent Chehere. Undeniably whimsical and most nostalgic to a certain Disney Pixar movie. One could interpret this series of flying houses in a number of ways really. From freedom to misfortune or humour to name a few. Descriptive words that are all pertinent.

For me my brain seems to define and translate these mischievously eccentric scenes as a mirror. Or more akin to an metaphorically accurate portrayal of the bitterly unrealistic housing market in Australia. Flying houses like dreams very much precarious, set alight with passion but sorely crushed with realism. An array and abundance of overly inflated pricing, much like a plague that happens to span right across the board. Not even asbestos laden weatherboards in notoriously undesirable neighbourhoods are safe from such occurrences. Those sentimental mid century beauties our parents had the privilege of attaining for their very own, have now become scarce, leaving acquisition for younger generations very much up in the air. That once “Great Australian Dream” of owning your own actual home has been annoyingly reimagined. Now reduced to apartment and town house breeding; zoned suburbia now mimicking those renowned living standards of New York City.

It is a most sad and infuriating site. One that is not set to change and a dream akin to these images. Flying houses lost to the elements; at the mere mercy of elements. A sad farewell and RIP to those infamous backyard, barbecue soirees and summertime hangs and shenanigans by the pool. Now considered exclusive and a luxury to a the lucky few who secured sales early on before such frivolous price increases. Or to those fortunate enough to find themselves financially able.