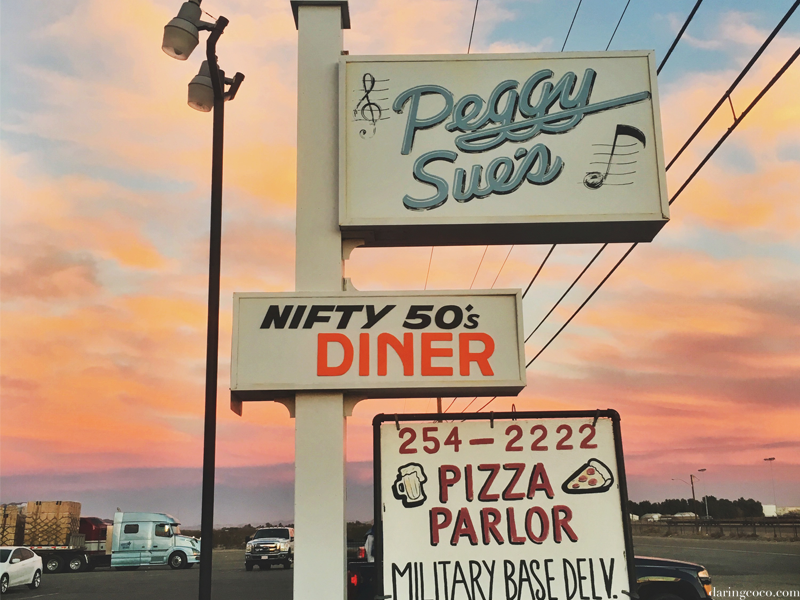 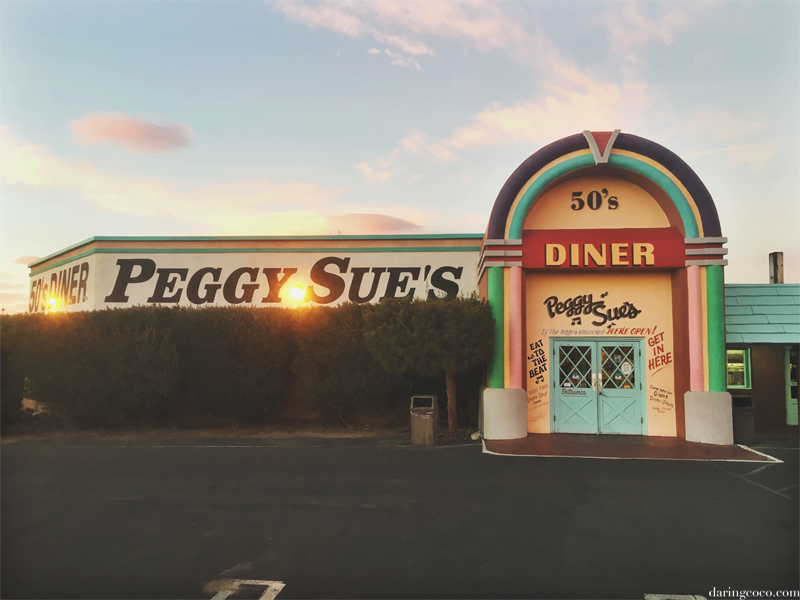 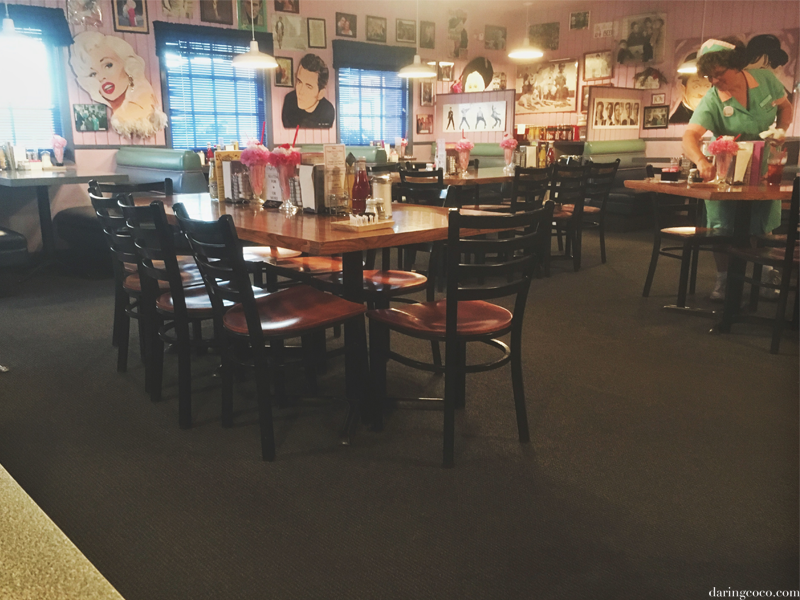 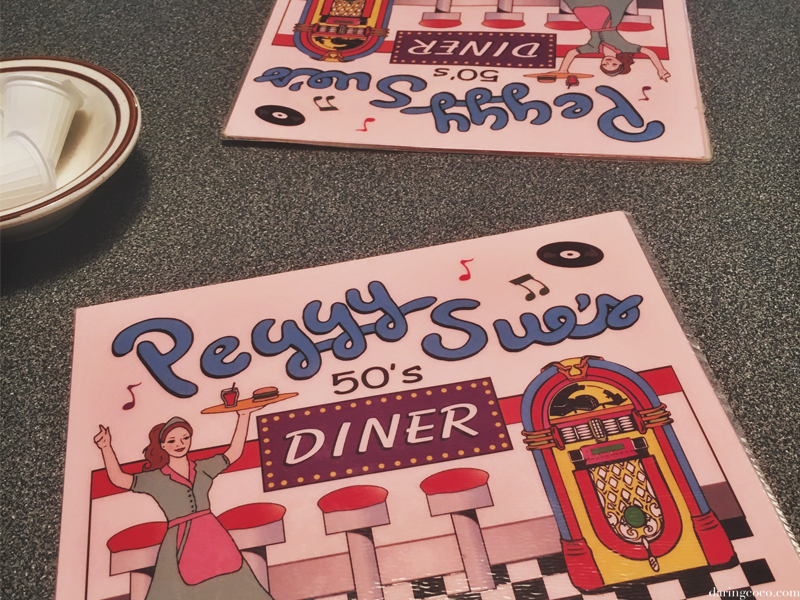 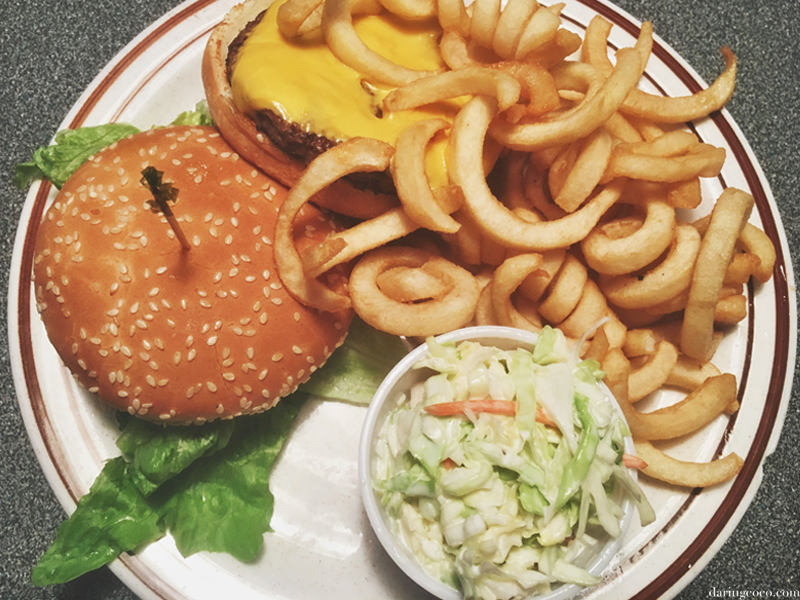 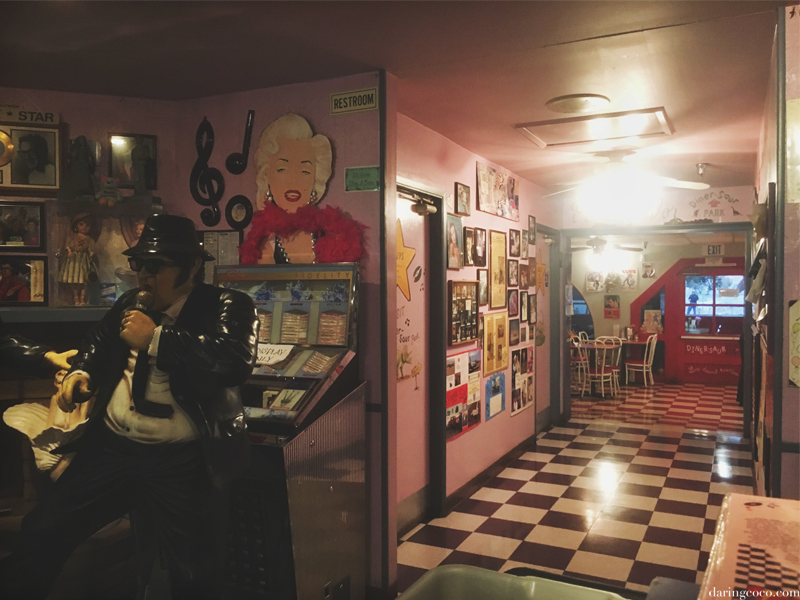 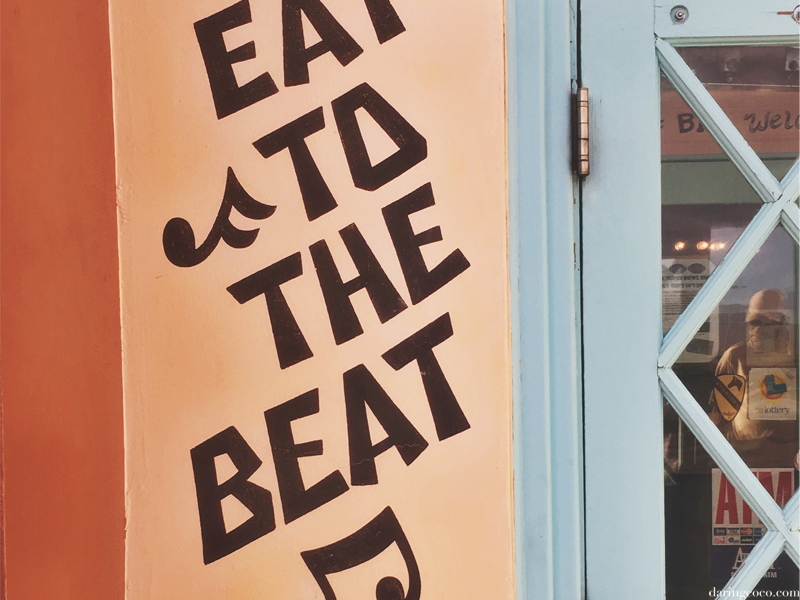 They say there are certain things one must experience at least once during the long and somewhat arduous drive to Las Vegas from LA. One of those experiences includes a stop at Peggy Sue’s 50’s Diner. Truth be told, you can’t actually miss this diner because there are numerous vibrantly hued billboards sprinkled along the sides of the freeway indicating where to turn off for Peggy Sue’s 50’s Diner. The retro typography and lure of 1950’s whimsy, daring you to take the exit and proceed towards a grand pink building. One that is ever so contrasting against the rust like tones of the surrounding mountains and desert sands that surround Peggy Sue’s 50’s Diner.