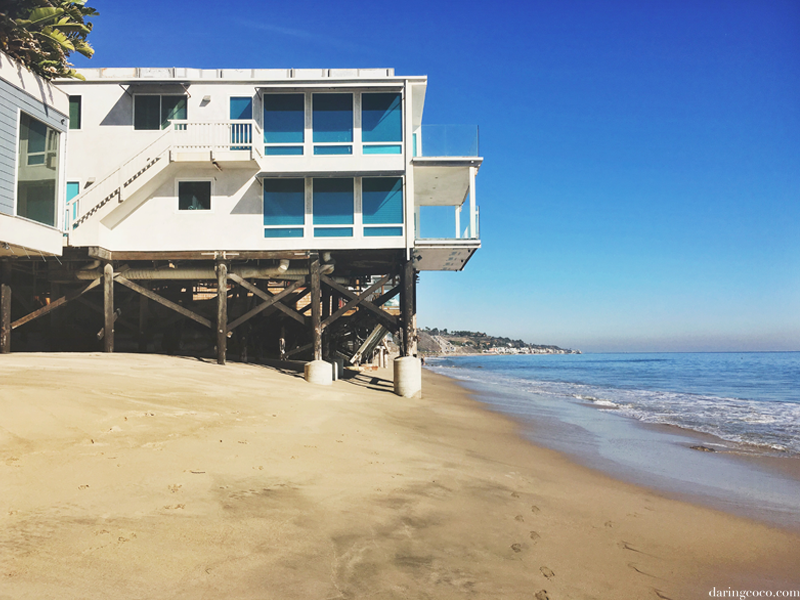 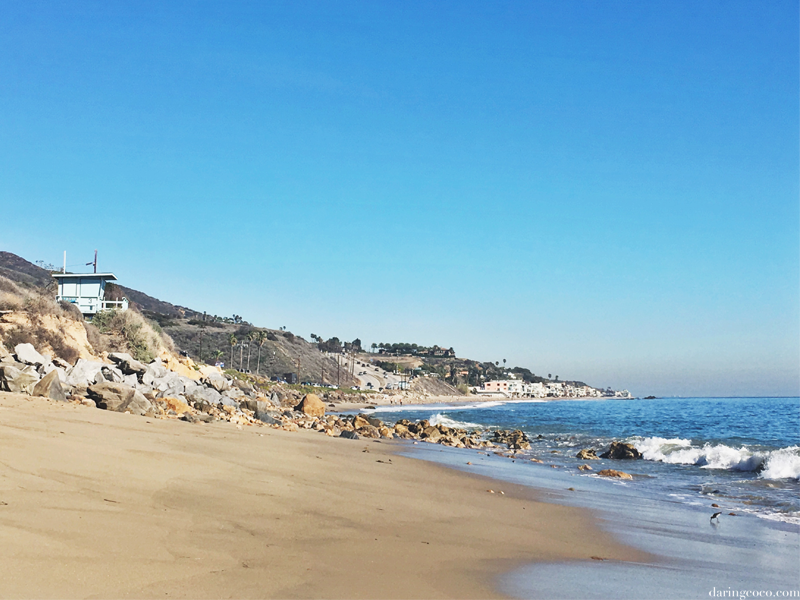 Malibu indeed is akin to utopia. Its perfectly illuminated, cerulean skies matched by equivalently ethereal seas; balanced by velvety, fine sand. A setting worthy of such praise and esteem. It’s no wonder Californian’s have nothing but kind words for this serenely charming town.

We ventured to Malibu on the last leg of our adventure, choosing to spend our final hours in The Golden State amongst the sea and sand. The drive from Studio City to Malibu was every bit delightful as we curved between rocky sleeping giants nestled along winding roads. And all thanks to the outdated American map on my navigator, this quite possibly was not the most direct nor conventional route to take into Malibu.

However this time we didn’t mind taking the road less traveled. 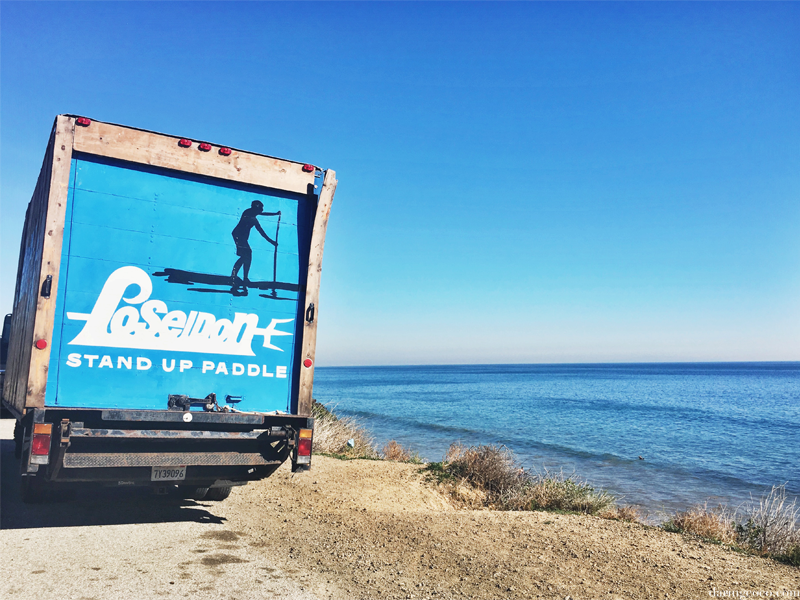 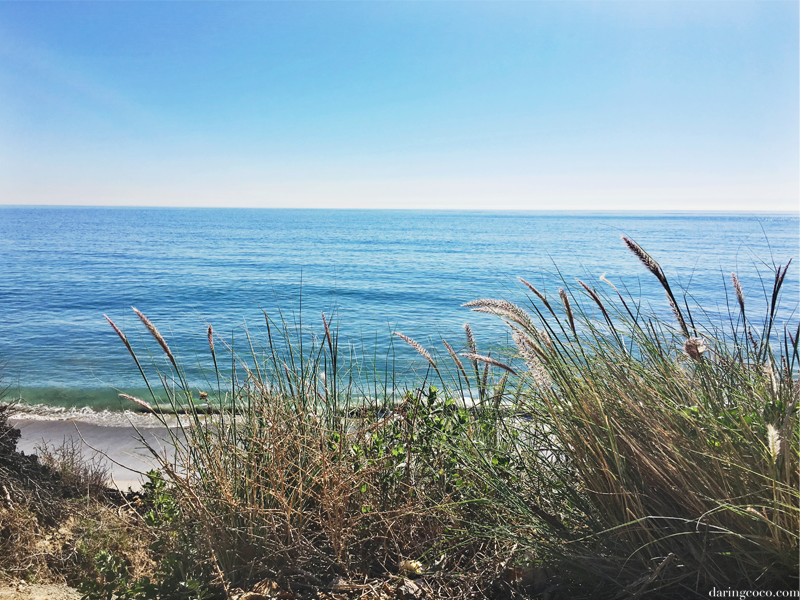 Speaking of, at times this road was rather confronting with the occasional “beware of falling rocks” posted and dotted along the narrow highway; signs that were matched with a modest sprinkling of debris. However intermittent glimpses of that iconic shimmering blue peeking above bouldered valleys put my mind at ease. And as we finally turned onto another icon, the PCH, all those worries seemingly evaporated.

At the first given opportunity I made sure I pulled straight into a car space, eager to remove myself from our rental and into the warm embrace of the Californian sunshine. One that you just know will be entwined with deliciously salty air. The weather during our entire stay in California was surprising to say the least. It was the end of January and beginning of February, the dead of winter, and yet it was anything but. 30°C days feeling much more like summertime. Something which still leaves me pondering whether this kind of weather is normal for this part of the country? My inner environmentalist couldn’t help but feel overly anxious about this, especially having visited Hoover Dam the week prior and noting just how much water levels had receded.

Peering along the beach it’s amazing to see the abundance of people enjoying the sea and sun. Notably because it was the middle of the week and during “normal” work and school hours. There was a plethora of typically genetically blessed Californians. From the elderly to young children carousing with their dogs. Paddle boarders out in the surf to sunbathers stretched on the sand. Readers and fisherman. Even a group of (presumably) college freshmen playing ball. We also got to watch (again, presumably) home owners entertaining guests on balconies with quite literally million dollar views. 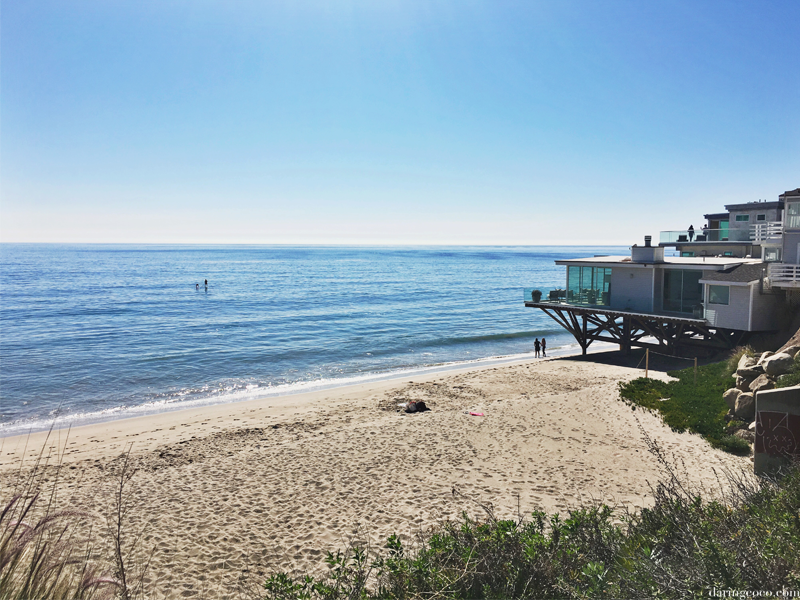 While our stay in Malibu was short, a mere three hours, I still feel like we managed to grasp a valid understanding. This town is very much tranquil and all about enjoying the simple pleasures in life. Though I’d love to come back and really delve into its intricacies and secrets.

Of course no sojourn to Malibu is complete without ice cream. Before heading back to Hollywood for one final meal, we stopped off at Malibu Yoghurt & Ice Cream. If you’re in the area make sure you make time for some. I can personally vouch for the strawberry and peanut butter cup ice creams. Oh, so good. Especially the latter, smothered in overly generous chunks of chocolate. I’d sell my left arm for another spoonful right this minute. Curse that ocean that separates us. 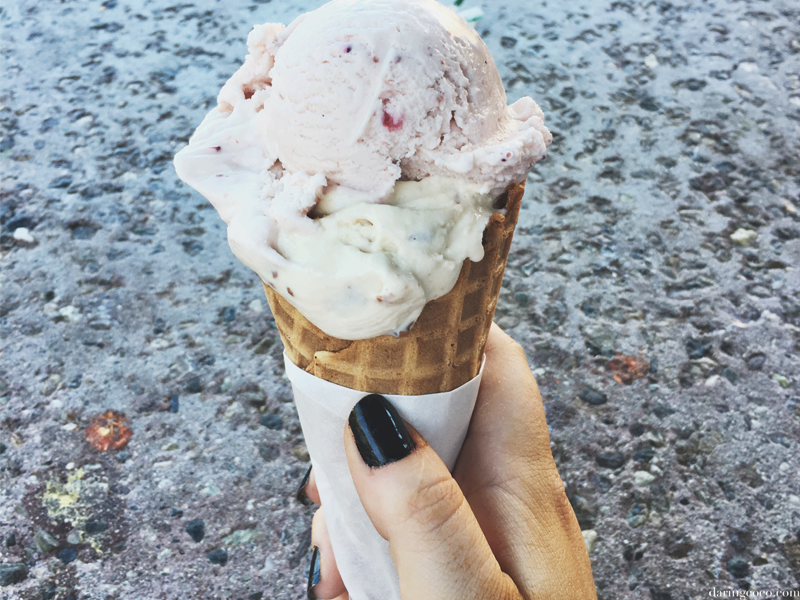 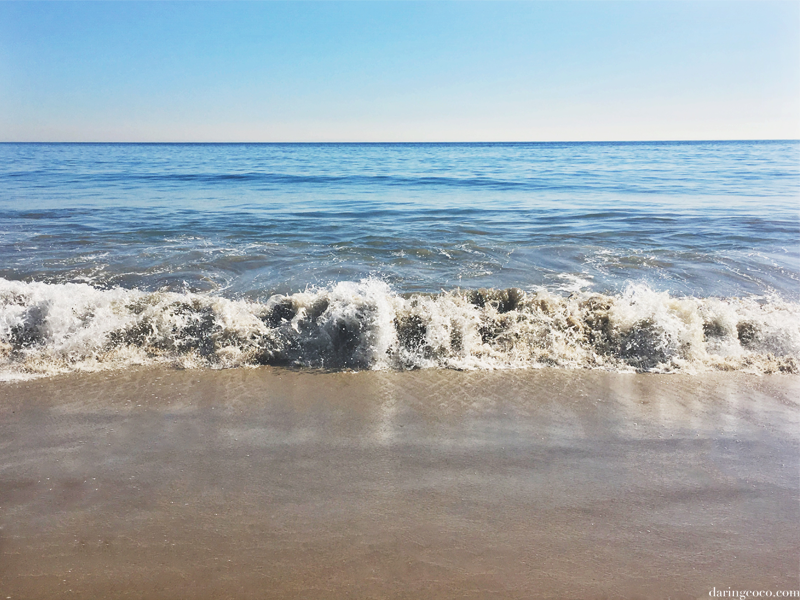 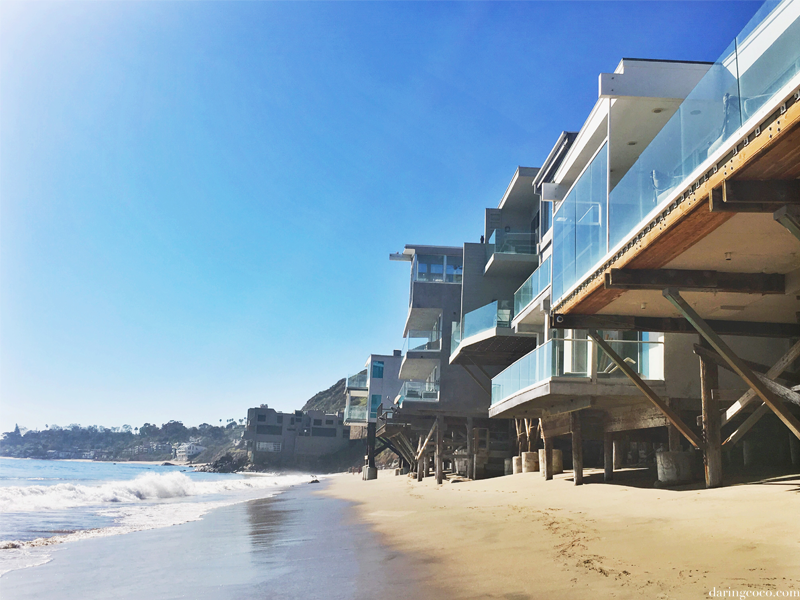 Another note of mention is The Pacific Coast Highway or as it’s known to Americans, PCH. It is just about as dreamy as everyone speaks. And while we didn’t get to explore it as thoroughly as I’d wish we could, what we did experience was still wondrous. I can only imagine how bounteous this stretch of road becomes as you push past the residential.

There were parts of the road I found to be rather confining. For some reason I always envisioned the entire stretch of the PCH to be less enclosing then what it was. I blame Hollywood for this warped perception of a spacious and sizeable highway. While there are some parts bordered by sand dunes and glorious rock faces, there were many parts that dove into the residential as you moved closer to Santa Monica. In terms of traffic, I can’t really say what the drive is like going towards town since we took a most unconventional route. If it was anything like our drive back towards Hollywood (my guess is a big, fat yes) then it is bloody horrendous. Going back into Los Angeles I was amazed that we encountered that notorious LA traffic. Remarkably being stuck in two lanes with no escape did have some advantages, like being in prime position for peering up at the multifarious dwellings lining the cliffs above. And then there’s the less than glamorous facades of those homes that famously line the beach. You’d never guess such residences held such enviable vistas.

In regards to my previous post, the majority of you noted that you we’re unable to view my video so I’ve modified and uploaded a new one for you to enjoy. Not much has changed from its predecessor, music being the obvious change, some scenes have new placements and there’s a few extra new frames here and there to match out the music length.

Back to Malibu, I believe this really is a town one should see at least once in their lives. If not for the sprawling seas but the gargantuan homes that are nested and furrowed into the sands and hilltops. Their complexities within their structure and engineering alone fascinate. At least they do for me. And as much as one paints the ocean as being the epitome of Malibu, I too believe that these waterfront homes also portray the envious and iconic image that is Malibu.

//
You may also enjoy these articles: wayfaring with coco // hoover dam +  looking for an exotic travel destination? consider indonesia