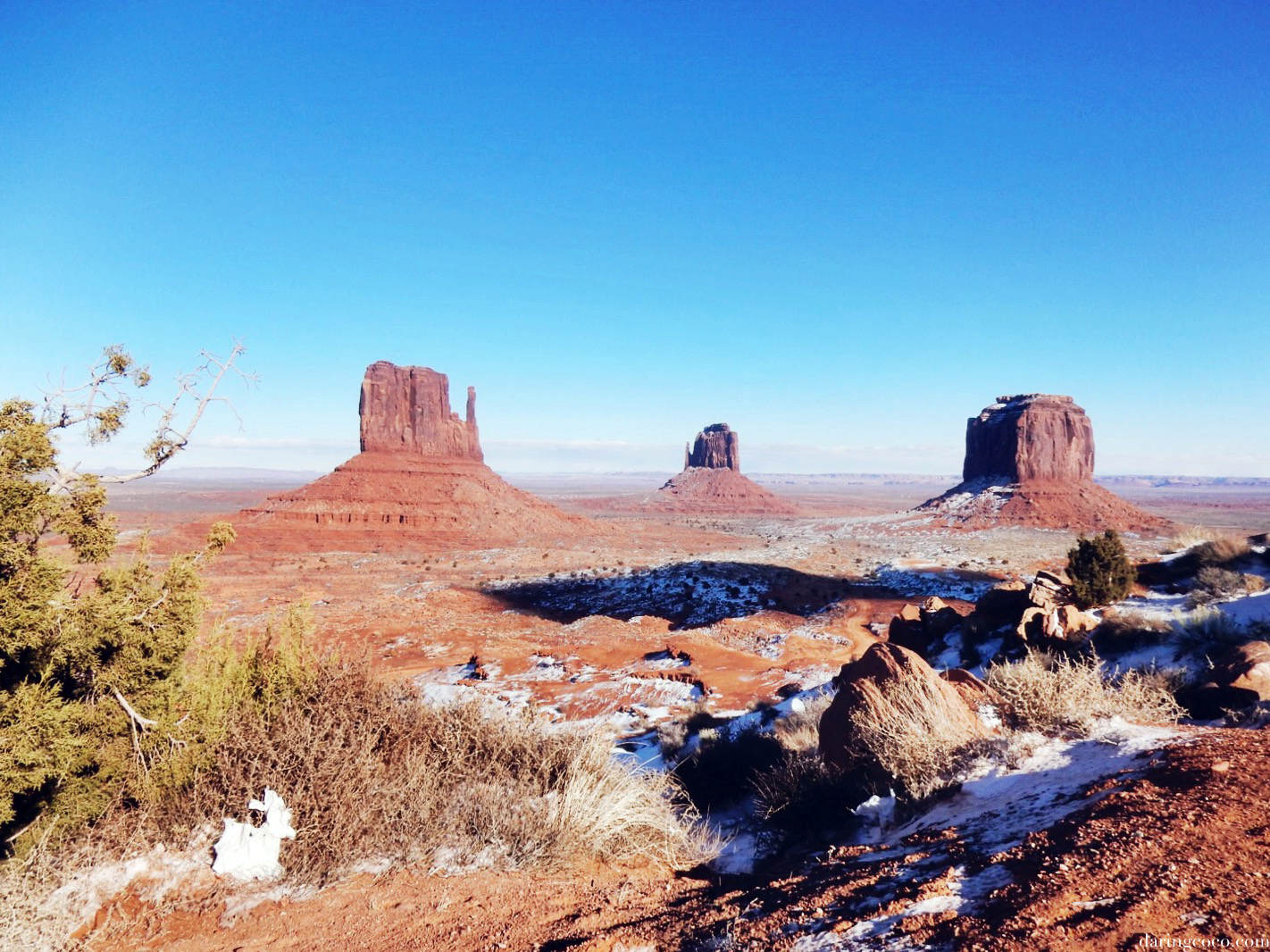 On the last wayfaring post highlighting my time in Los Angeles, I spoke about my bucketlist and the feeling of finally being able to mark off one or two. Well Monument Valley was another highlight and one I managed to scrawl gleefully off during this sojourn to the USA. There truly was not a single destination I had yearned for more than this one. Monument Valley has been a place I have continuously dreamt about for many years now. One that was originally spawned through Pinterest itself. A love affair that managed to blossom obsessively, seeing me fervently pinning and oversharing about ever since. For me, it all began with a lone image, one I ended up sharing when I first announced my departure on this blog. It was this picture that started said love affair. That airy, dream like quality of Monument Valley and the cloud porn surrounding those magnificent sandstone structures. Mother Nature in all her glory is what captured my heart. And undeniably this was a place I needed to see with my own two eyes. Monument Valley is characterised by iconic sandstone buttes. While some may not be familiar with the name Monument Valley, the landscape itself is undeniably nostalgic and whimsical. Mostly it is synonymous with older Western films and recently became a firm favourite of travellers and wanderers alike.

And it’s not difficult to see why, with such a vast view and overall grandness and sense of calm to behold. These gloriously mysterious yet astounding works of the natural world, there for us to simply regard. 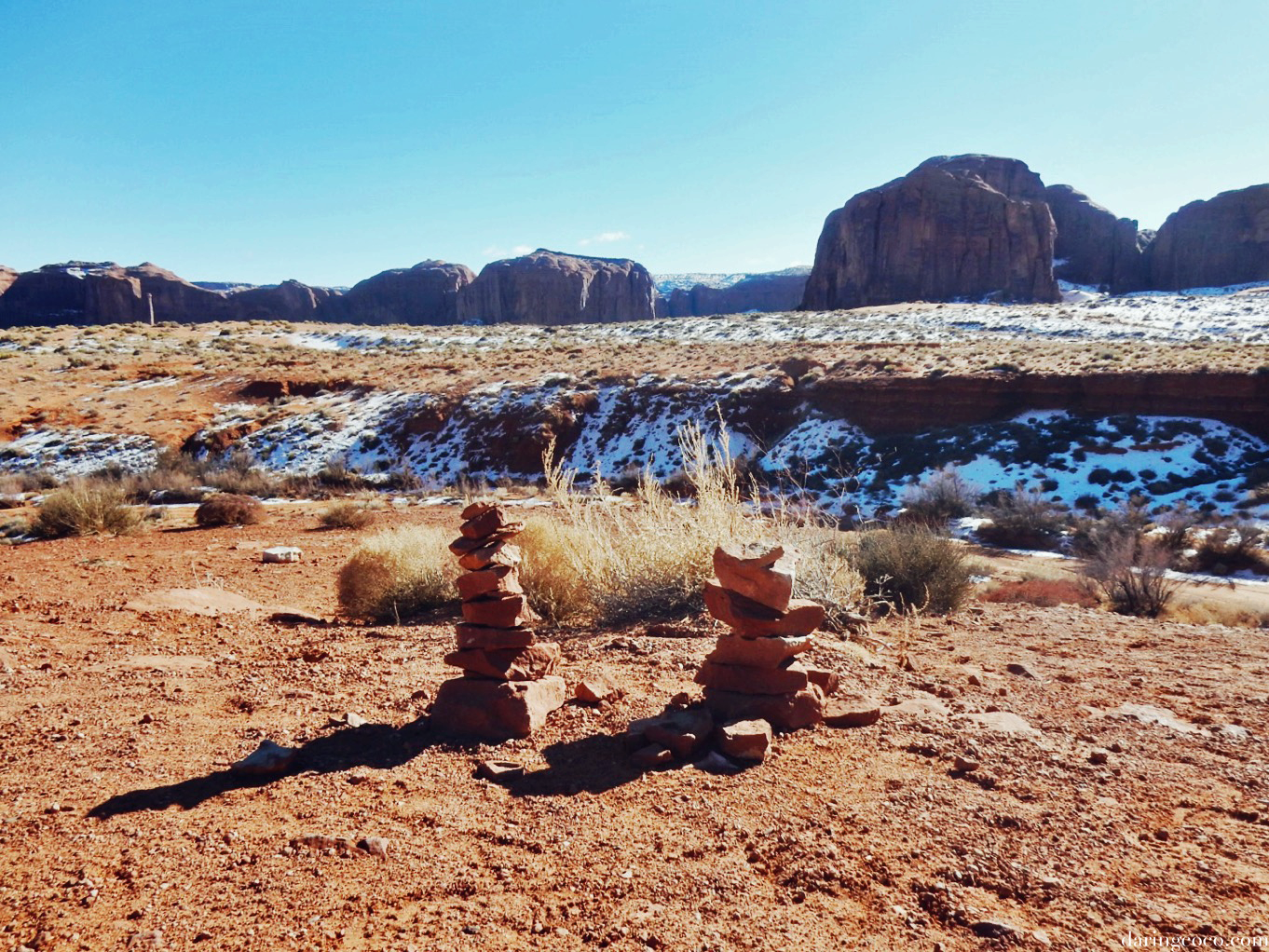 The drive to Monument Valley from Flagstaff, Arizona is just under three hours. The drive itself is purely magnificent with never a dull moment. The plains are ever changing from dense grassland to barren lands, rocky formations enveloping roads to canyons in the distance. That famed Western Americana easily recognisable. Be it in the form of typical ranch style homes with oversized trucks parked out front, to wire fencing and makeshift artworks of American flags mixed with notes highlighting messages of love and peace. At one stage a lone tumbleweed passed me by as I stood at the edge of the road attempting to capture a small slice of this iconic Americana.

Monument Valley has a number of activities on offer, like hikes to horseback riding. This time, we chose to peruse the park with our vehicle. We found the provided map was rather difficult to follow and at times we also found it troublesome trying to locate and differentiate the trails too. With little to no help available from staff or tourists, and with no obvious signage either we spent a good few moments circling the parking lot in frustration. Completely oblivious that entry point was to our left all along. I suppose during the summer months one wouldn’t have as much difficulty as we did in early February. Considering there would be an abundance of vehicles around, driving in and out that you could simply follow along with.

Once we entered the trail, all grievances and woes immediately subsided as the majesty of these buttes and their sheer grandness became apparent. Their mass alone is enough to take your breath away. And it truly is incredible and a most indescribable experience. 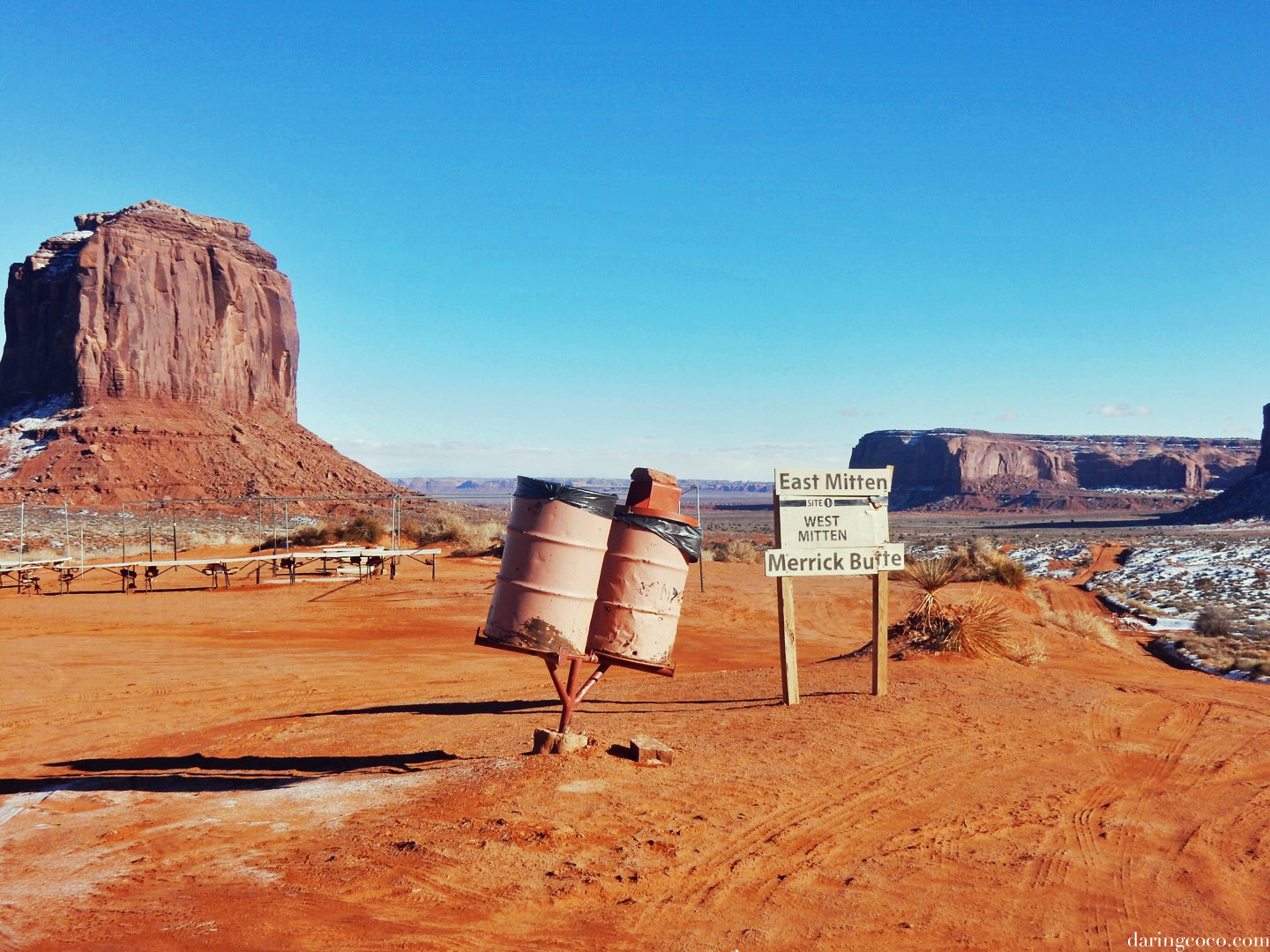 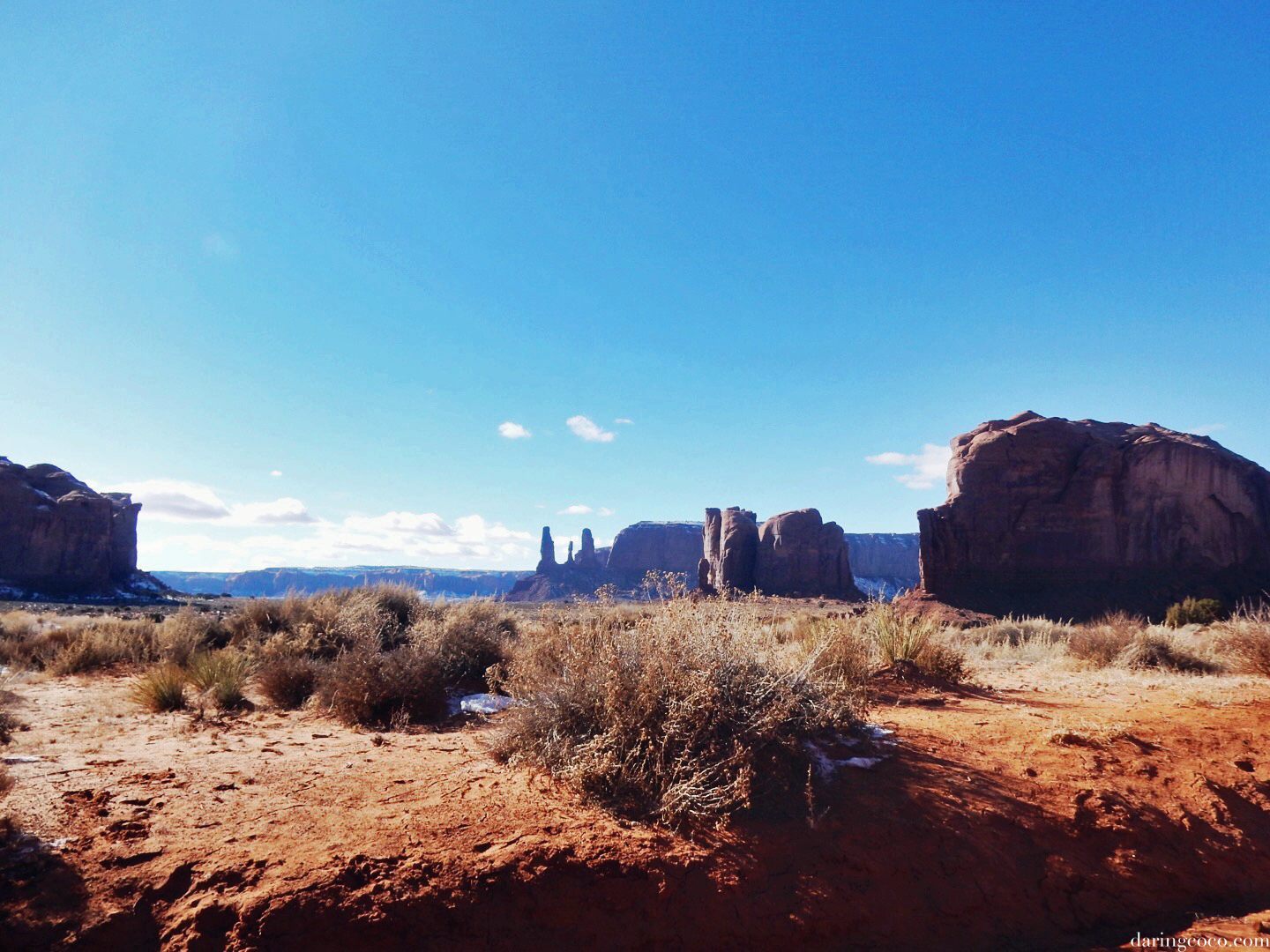 Once you’re out on the road, the provided map has points of interest highlighted and there is signage on site to help abate any trail confusion too. While it may have began with frustration, once out there on the trail it is hard not to find yourself thoroughly enjoying it. I was undeniably smitten with the buttes, however one or two did make my heart flutter slightly more. The Elephant Butte, pictured above for starters, because who does not adore elephants? Also the Three Sisters (pictured below towards the very end) also were rather captivating in their presence.

Most wouldn’t think to travel to Monument Valley during the colder months but I highly recommend doing so. A soft dusting of snow makes the experience utterly delightful. And overall the feel of such a place even more majestic and unique. Photography wise it truly is such a joy. This area is undeniably photogenic and the addition of dappled snow throughout the grounds makes each image even more captivating and compelling. Plus the absence of intense desert heat and swarms of tourists mean you can actually tour Monument Valley at your own leisure. And not have to worry about photobombers either. You won’t find yourselves fighting for parking space, nor frustrated with the speed of other vehicles on a somewhat unstable trail. Visiting Monument Valley in late January or early February leaves you very much at ease.

And I think a place like this deserves such respect and attention. Because such a site truly demands your full attention and consideration.

On our visit, we essentially had the entire site to our selves, only spotting two vehicles along the way. I would strongly suggest an SUV for navigating around the park, especially if you do plan to visit during the winter months. The terrain is essentially “off-road”, and naturally lumpy and arduous at times. Also with the presence of snow, there were numerous patches of mud that could become problematic. Being my first attempt at this kind of ground I have no idea how I actually managed to navigate through successfully, albeit at a snails pace but successfully nonetheless. And for this I will eternally be grateful to that trusty little rental Jeep of ours. And while I may be a tad melodramatic about the trail because of my inexperience, the second vehicle we caught site of was a small Honda. They seemed to effortlessly traipse through the trail, despite driving on an angle for the most part. How they managed without getting stuck or overturned? Skill maybe? I have no idea, so perhaps it is possible with a humble sedan after all. 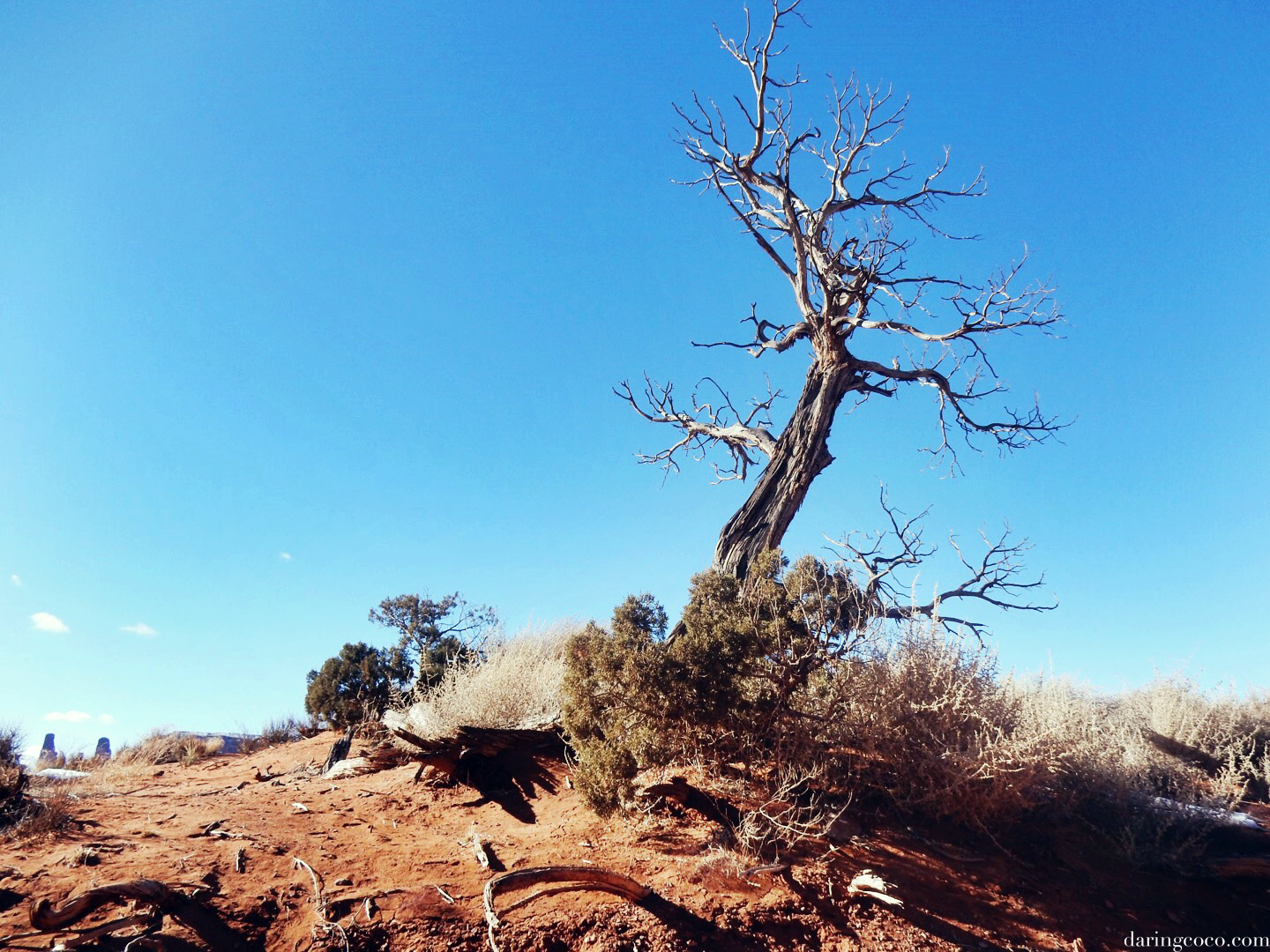 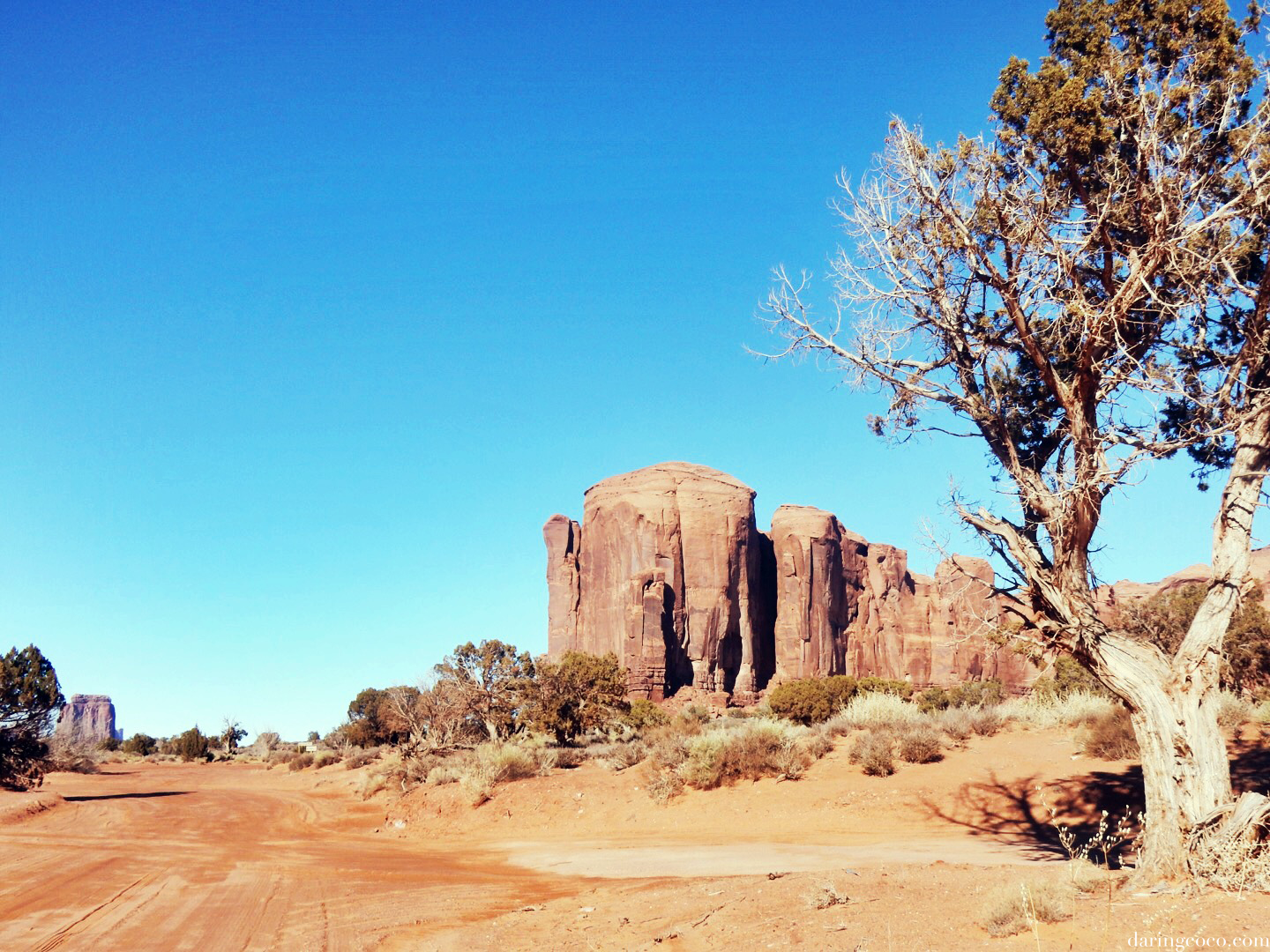 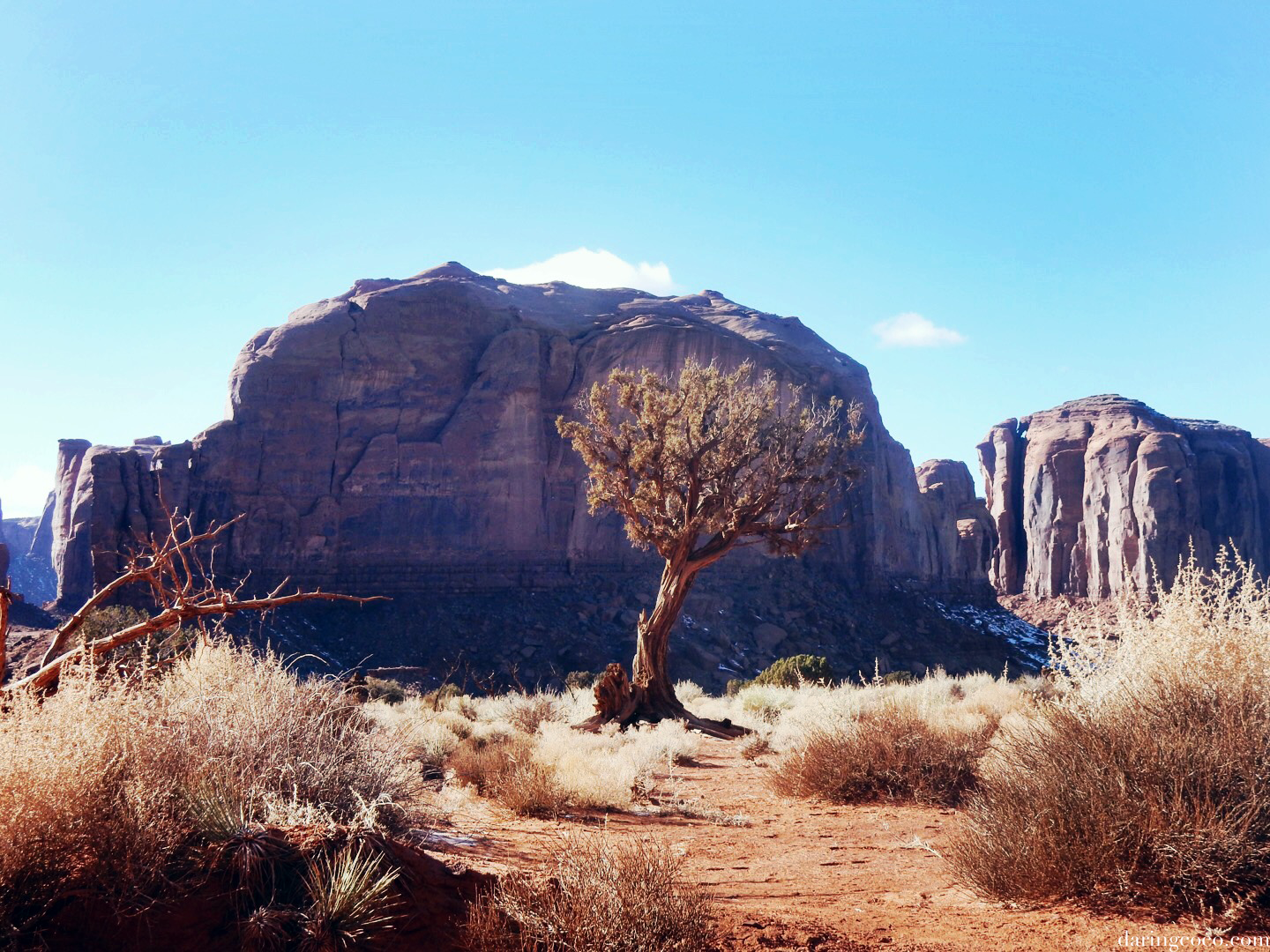 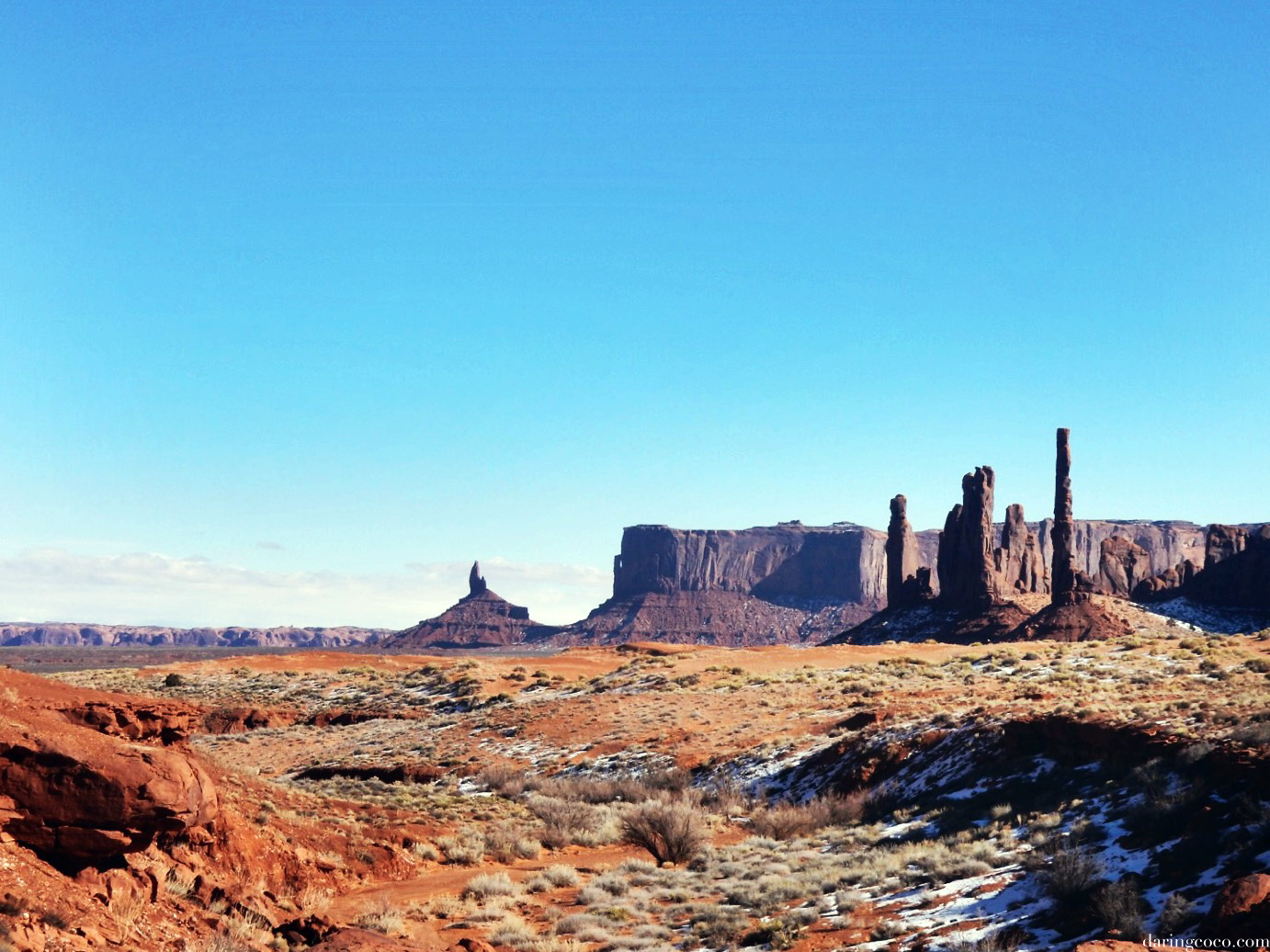 While this journey was incredibly fulfilling it was also filled with much sadness and heart wrenching moments. I found the numerous stray dogs roaming along the highways in packs, searching for tourists and hopeful someone will stop and give them food incredibly distressing. We first noted this at a McDonalds toilet break when a beautiful, golden Shiba Husky covered in mange approached us with trusting and kind eyes. At first we thought he was a young mans friend, as he stood faithfully by his side watching him devour a burger. But as we finished up inside it became evident that this wasn’t the case as we watched him wander the parking lot in search for more humans. We ended up purchasing a burger or two to feed him. The two of us distraught and battling tears as we forced ourselves to say goodby to this dashing being. I spent quite literally the next thirty minutes sobbing over this, finding it burdensome to comprehend. Especially after coming from California were animals were more than revered, they were treated with affection and respect.

Even as we made our way into the park, there was another lone pooch no doubt roving the empty parking lot. Though he’d made friend with a female human, who’d opened her entire picnic basket to him and welcoming him to consume and eat his fill. And it’s for this reason alone that I’m not so sure I could venture back here. Though I’d truly love to experience Monument Valley during the summer months, especially on on horse back, I just don’t think my heart could cope in seeing hoards of desperately hungry canines scavenging for food. Which no doubt would be the case, as the warmer months approach so would the tourists and the strays.

That said, I would love to return someday soon. I’d love to spend more many more hours here, perhaps even a sleepover of sorts. We arrived far too late in the day and with another three hours worth of travel to endue plus the threat of a possible snow storm still looming, this was another experience rushed through carelessly. A return must be in order, I’ll need to work on my stray dog issues first so that I may properly immerse myself with nature. And listen to that inner wisdom and guidance that only happens to perk up abroad during experiences such as these.