Disney California Adventure Park, you could say it is for thrill seekers, but in fact it’s as equally magical as its neighbouring park Disneyland. However since most rides have minimum height limits, it does feel like it’s catered to the tween plus crowd. But there is still plenty to occupy those much younger. The creative layout and design at Disney California Adventure Park mimics infamous Californian landmarks and sites like the Santa Monica Pier. As well as Pixar favourites like the movie Cars and its infamous Moab desert landscapes. Attention to detail is exceptional. One that is truly captivating and convincing. On our second day we ventured into Disneyland’s second theme park, Disney California Adventure Park (check out day one’s adventures at Disneyland here). Something I was pretty eager to inspect, considering I was fairly oblivious as to what expect; despite the name of the park itself giving it away. How did I miss that again? And while the day sadly began on another sour note (thank you erroneous navigation system), the moment my feet crossed the threshold into Disney California Adventure Park there was an unspoken promise of only good things to come. In fact just as we entered Buena Vista Street we were immediately greeted by a resident police guard. A moment I accidentally captured on film (watch his delightful self here on my travel video).

This actually was my main highlight at Disneyland. There was just something about his jovial spirit that was undeniably infectious. Something which is evident in my photograph. I guess after such a frustrating morning and in being greeted in such a way it really left quite the impression. And I completely recognise that staff working here must be perpetually animated, but it just goes to show the power of a humble smile because you never know what someone is going through so always endeavour be kind. 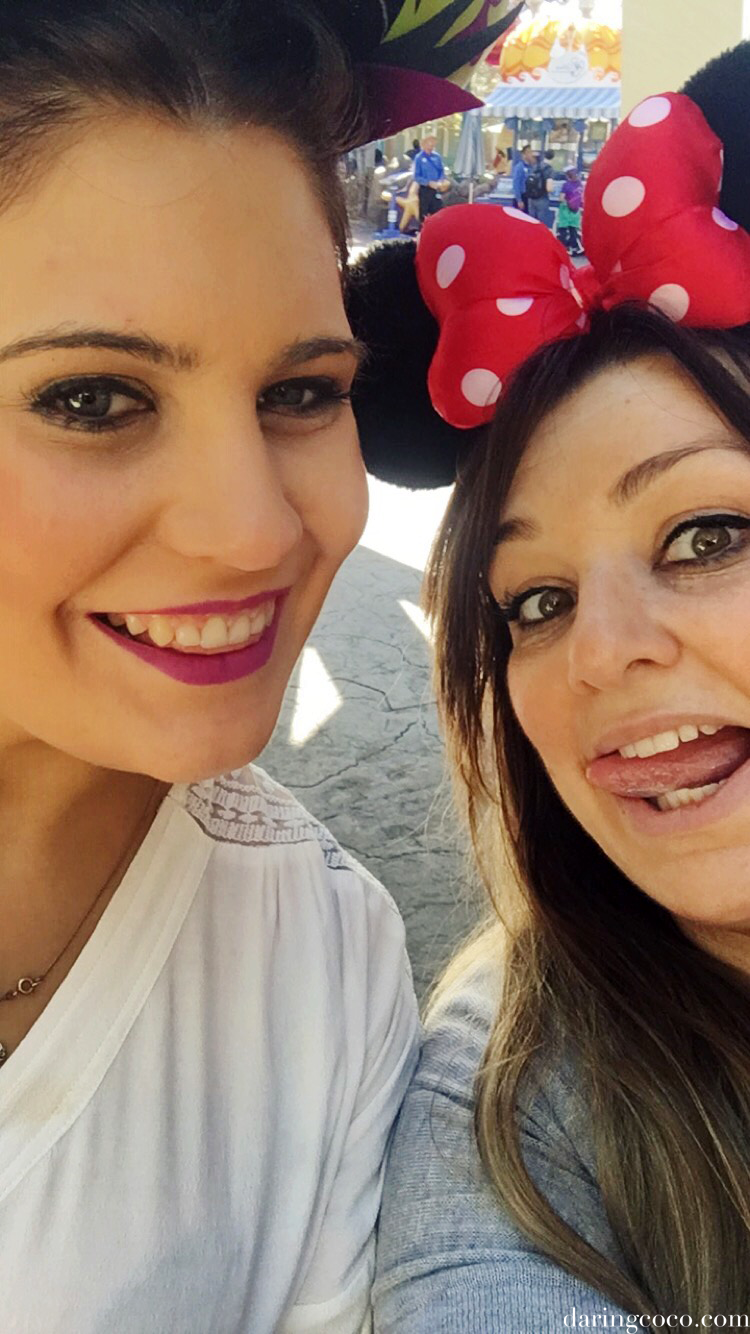 My favourite sections at Disney California Adventure Park was Paradise Pier and Cars Land. Both areas featuring extraordinary feats of design and perfectly curated artistry. While there may be few parts to this park, the sheer scale is phenomenal. Especially at Cars Land. The recreation of Radiator Springs is second to none. That iconic mix of Americana and Utah desert sands is simply glorious. There’s an abundance of cacti and the Art Deco architecture and surrounding decor in this section are very much charming. Especially all those dazzling, vintage neon’s. But the very best part of this area is the main attraction; Radiator Springs Racers. It is a track which races you through the Moab desert. Past waterfalls and infamous buttes, dipping and soaring through a truly imaginative and prodigious landscape. The wait time for this ride was (no joke) over two hours. But it’s easy to understand why it draws such a crowd, especially after the maiden voyage. On our way out the line had already surpassed into the main street, so I can’t even begin to fathom the insanity here during the peak months.

Of course Paradise Pier was equally as exceptional with its boardwalk and impressive line up of attractions, like the Golden Zephyr (very Instagramable) and Mickey’s Fun Wheel. Both rank fairly tame in the adrenaline sectors but Mickey’s wheel also has swinging carriages available, if remaining stagnant and admiring the view isn’t your thing. There is such a buzz in this area. It’s teeming with effervescence and liveliness with random performers passing through and a myriad of activity to keep you engaged. California Screamin’ is a must in my opinion. A mammoth rollercoaster spanning along the boardwalk. This ride was a lot of fun and definitely gets your heart pumping. There’s also a rather nice view from the top, if you can manage to focus enough that is. While the rollercoaster at Disney California Adventure Park was a firm favourite of ours, it didn’t compare to the thrill that was The Twilight Zone Tower of Terror. I can’t tell you how many times we returned to this ride. At times there was an insurmountable crowd of people waiting to get in and other times it was as deathly quiet as the residents of the hotel. Truly, this ride is just everything. From the seriously covetable facade and cobweb ridden interiors to the sheer titillation of the ride itself. If you hadn’t noted, Disney California Adventure Park was my favourite. Overall I enjoyed myself more in this park than the other. But I think that was due to its seemingly mature audience, and thankfully all without losing that iconic charm and imagination that is Disney.

It was also on our second day that Mother Nature treated us to one of the most spectacular sunsets witnessed during our time abroad. It was truly breathtaking, a sky flushed with fiery oranges and fairy floss pinks while complimented by the flashing lights of the attractions on the ground below. While this splay of perfection was seemingly enchanting, in terms of shock value it didn’t quite compare to the dusk we stepped out into after dining at Peggy Sue’s Diner on our way to Las Vegas.

And on the topic of food, can I just say (and this may be an unpopular opinion) the Mexican food available at Disney California Adventure Park is beyond delectable. Granted there isn’t an enormous variety to select from and from my images it probably doesn’t look the most appealing, but for us two Aussie’s it was the best Mexican food we had consumed this entire trip.