When it comes to quintessential Melbourne, two things come to mind. A considerable and burgeoning cafe culture and an extensive network of esteemed street art.

And when it comes to urban art none is more prominent than the infamous Hosier Laneway. 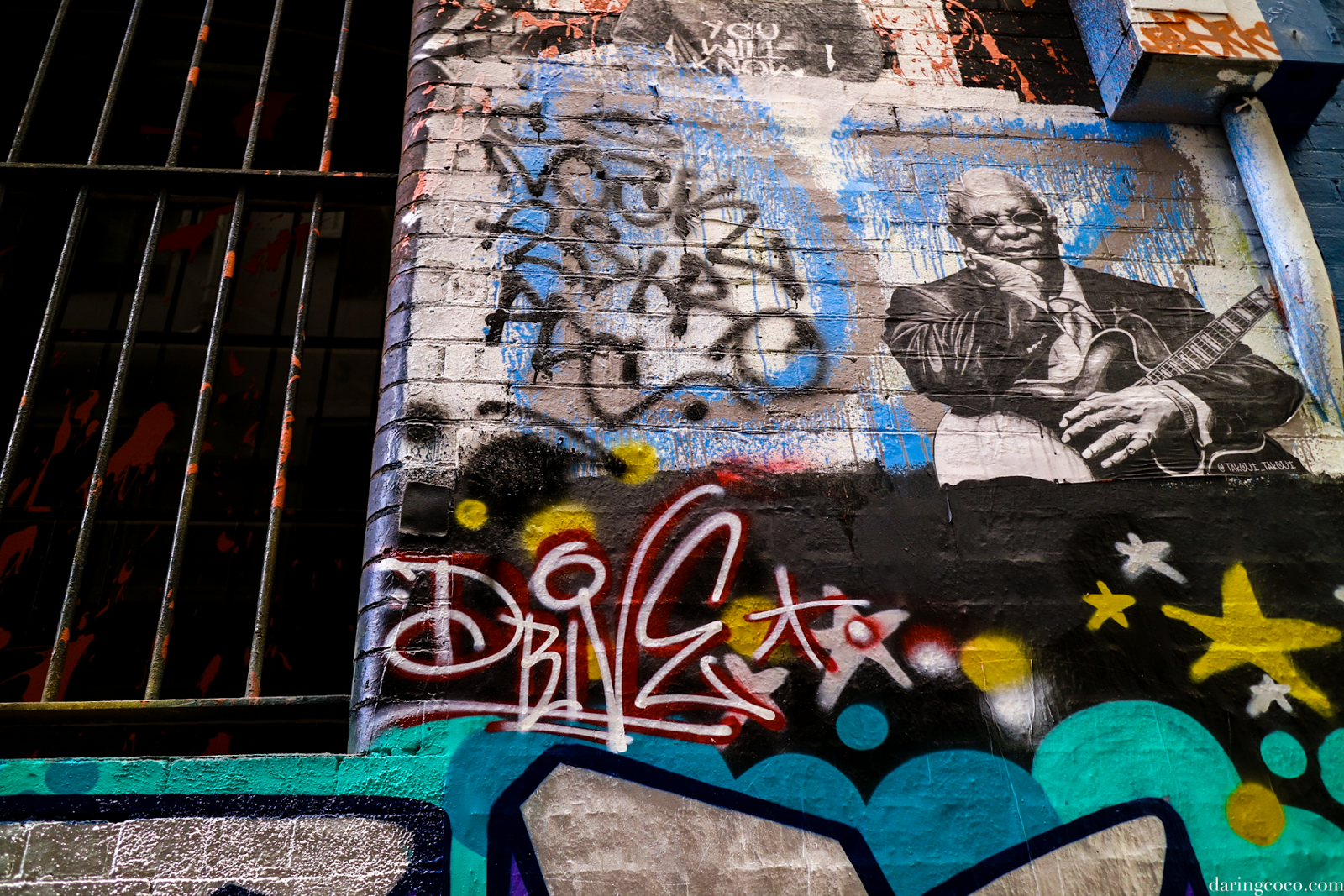 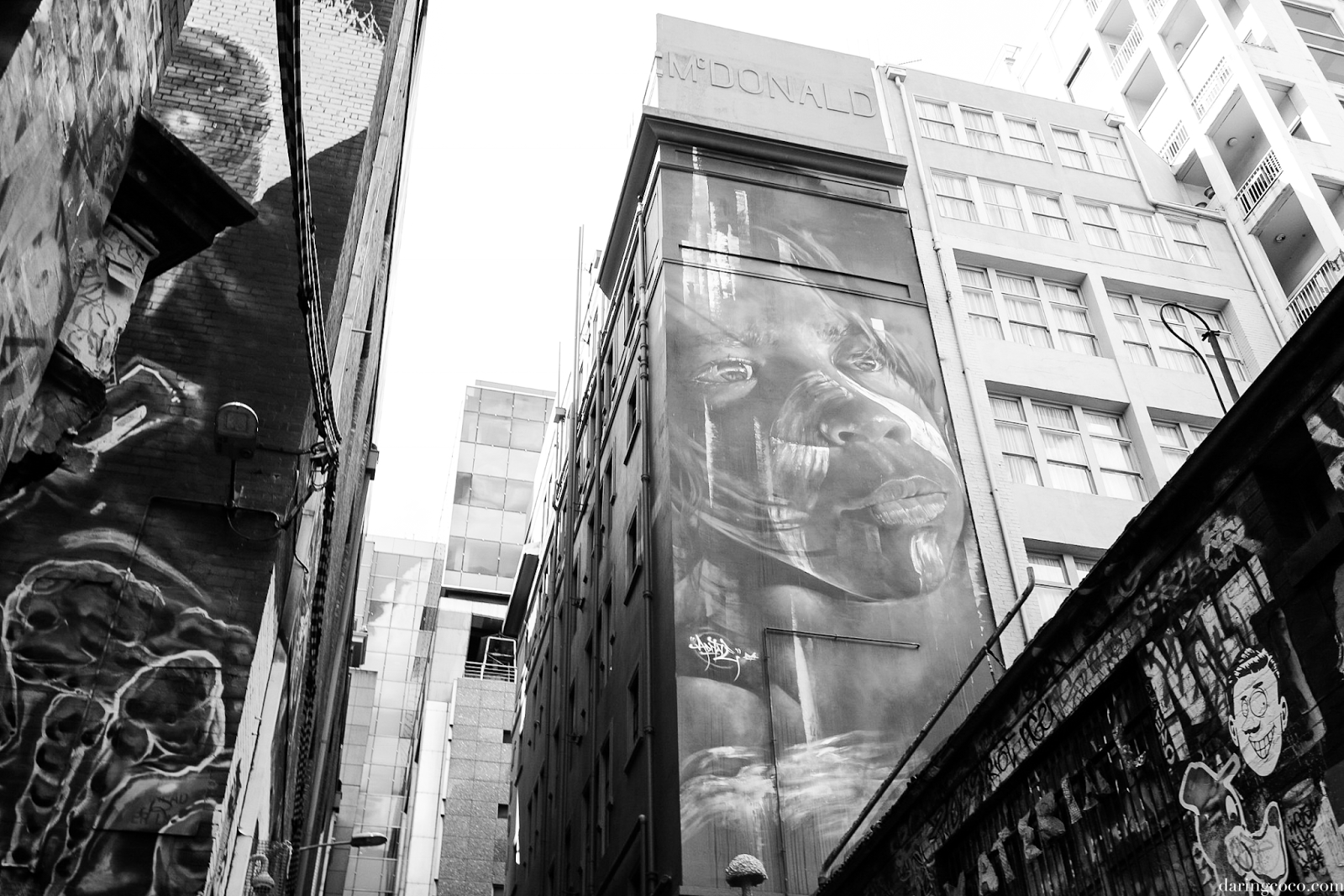 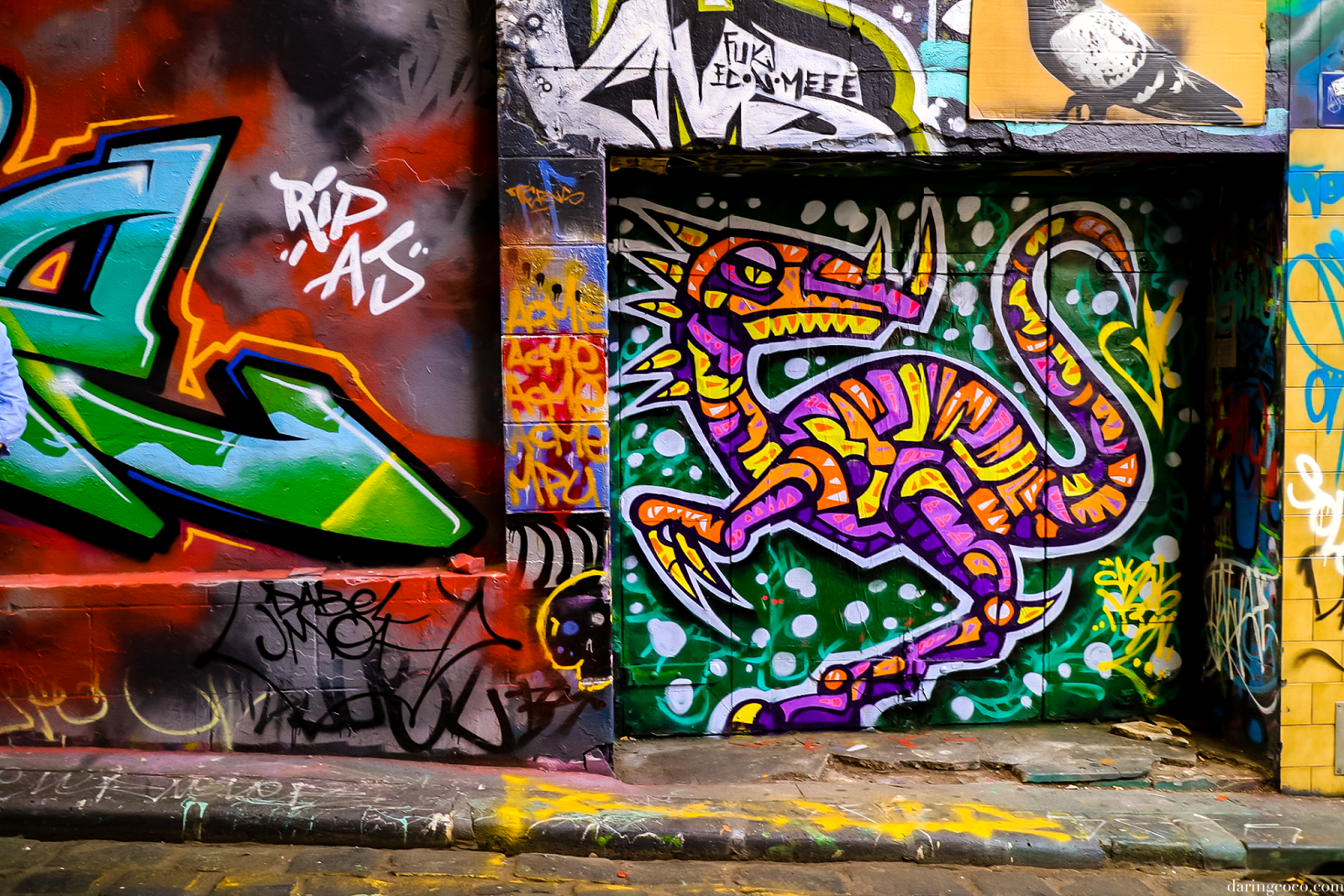 Hosier Lane is encircled by old world Victorian architecture and paved with quaint bluestone cobblestones. Something which is a most European like setting; though one which is hardly unique to the city of Melbourne. And like most Melbournian laneways its entryway is adroitly nondescript; nothing compelling to entice or beckon within. An innocently uneventful site to a small few and one easily overlooked by those on their morning commutes. However the throngs of humans traipsing, admiring, photographing and gazing about are a telltale sign to stop and take note.

Hosier Lane is famed not only for its notable and acclaimed signature but for the creative energy found freely and in abundance. This is a real mecca for creatives in any field, though hardly exclusive to the visionary few, the copious artistic expressions on display is a euphoria for the senses; seemingly a visual delight for the eyes. This laneway (and many others dotted throughout Melbourne city) is a true demiurgic explosion for the creative mind, one that will leave you undeniably inspired and ready to compose.

This is a landmark specifically celebrated for its diverse and evolving street art scene. One that is distinguished by its perpetual vibrancy and political remarks. This was once a prolific Banksy hotspot and now boasts iconic works from Adnate. His grand mural of an indigenous boy on the back of the McDonald building my foremost preference. Though had I not been so consumed with capturing fleeting moments on my camera and preoccupied with the entanglement of school holiday congregation, I would love to have contemplated upwards endlessly.