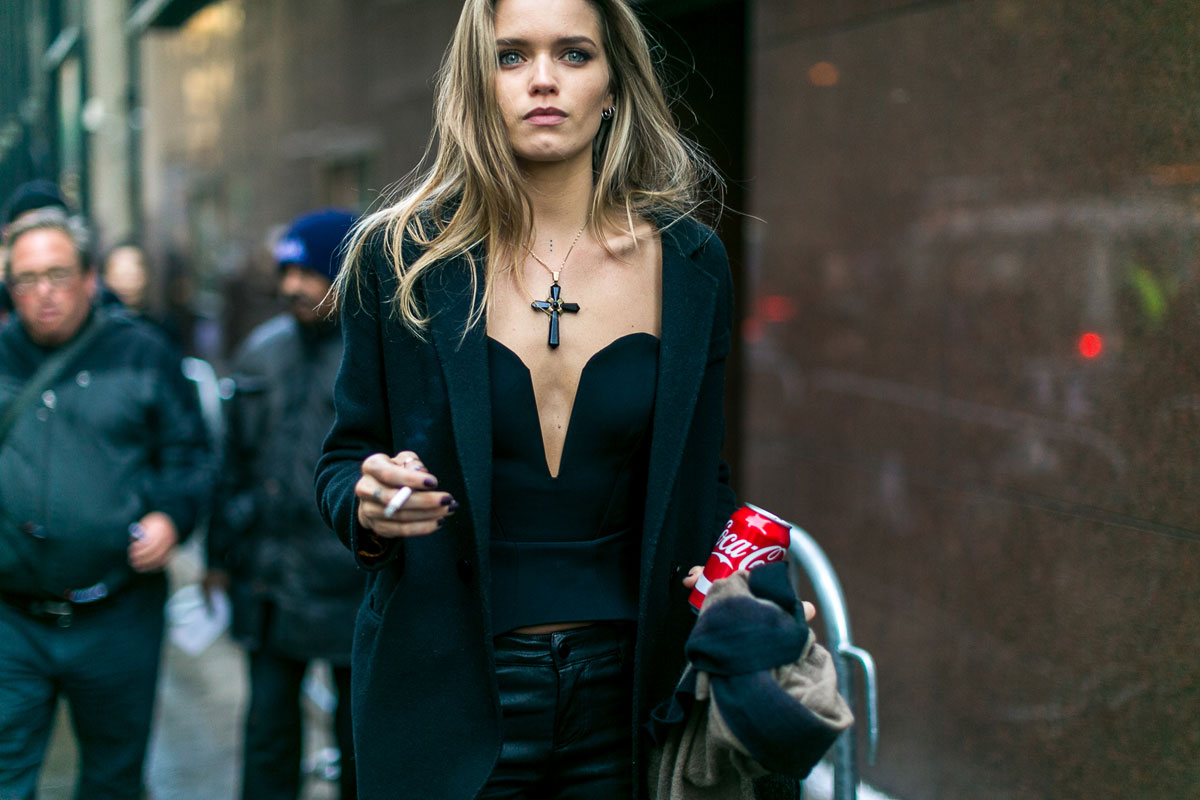 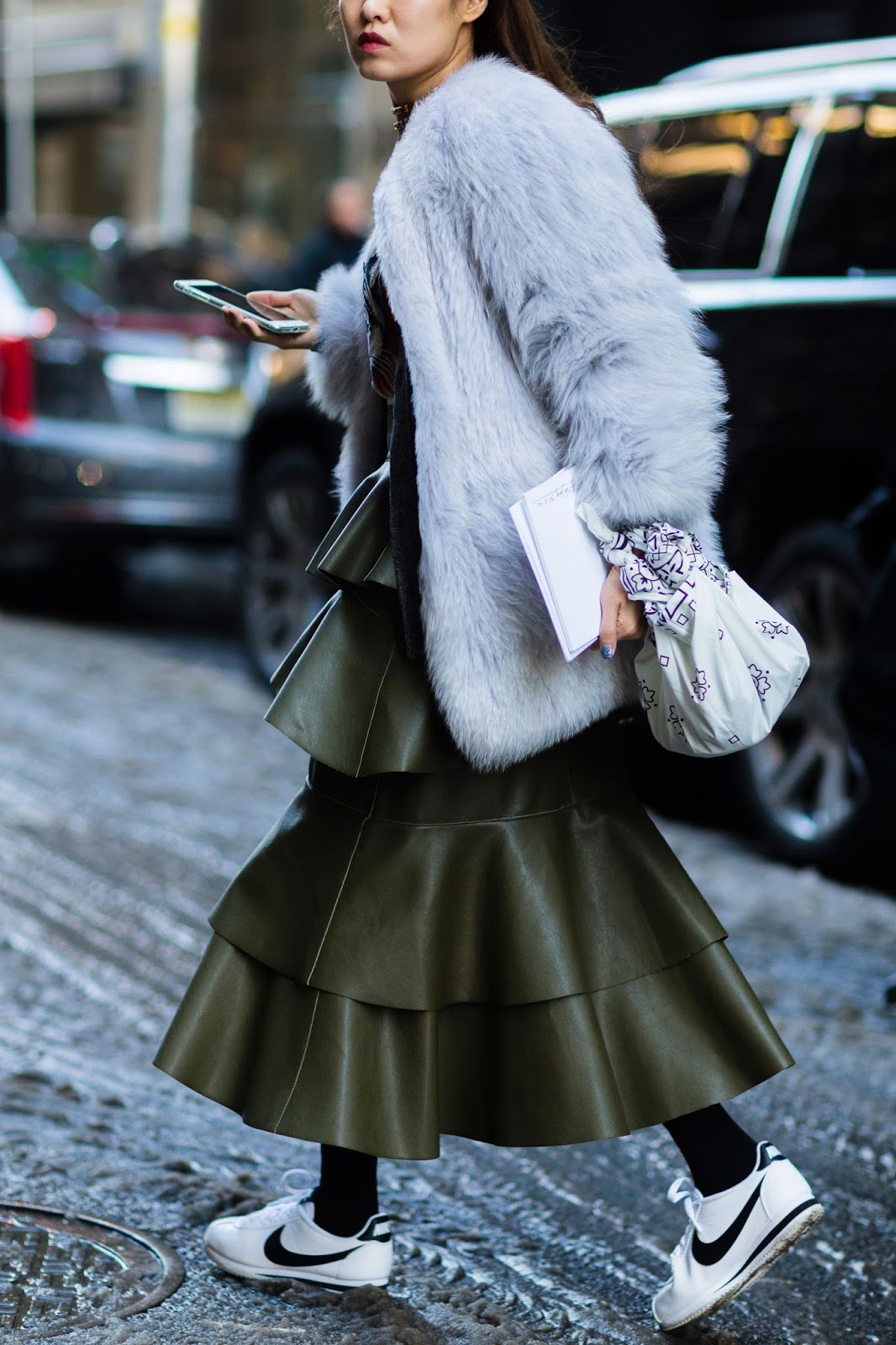 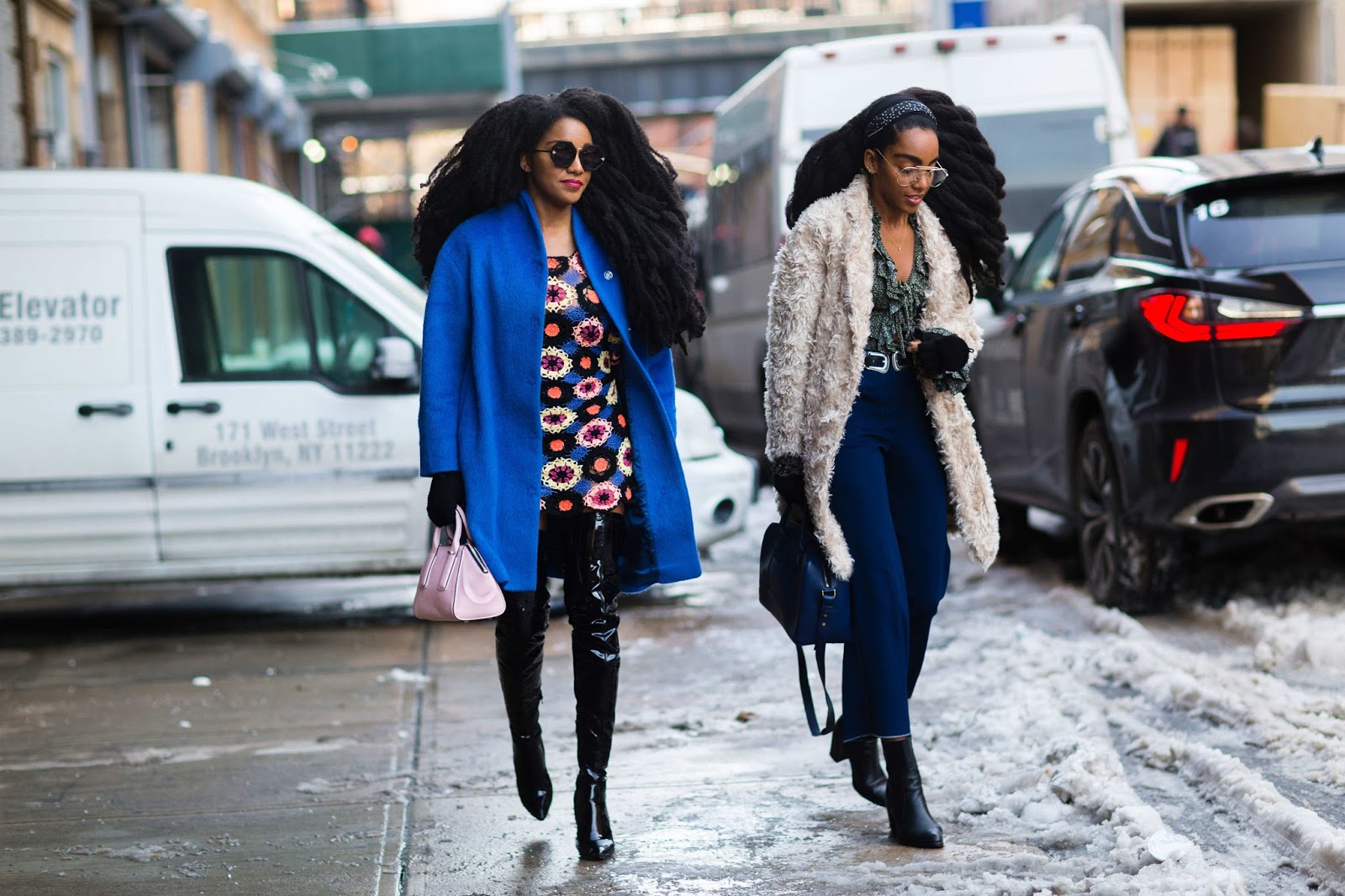 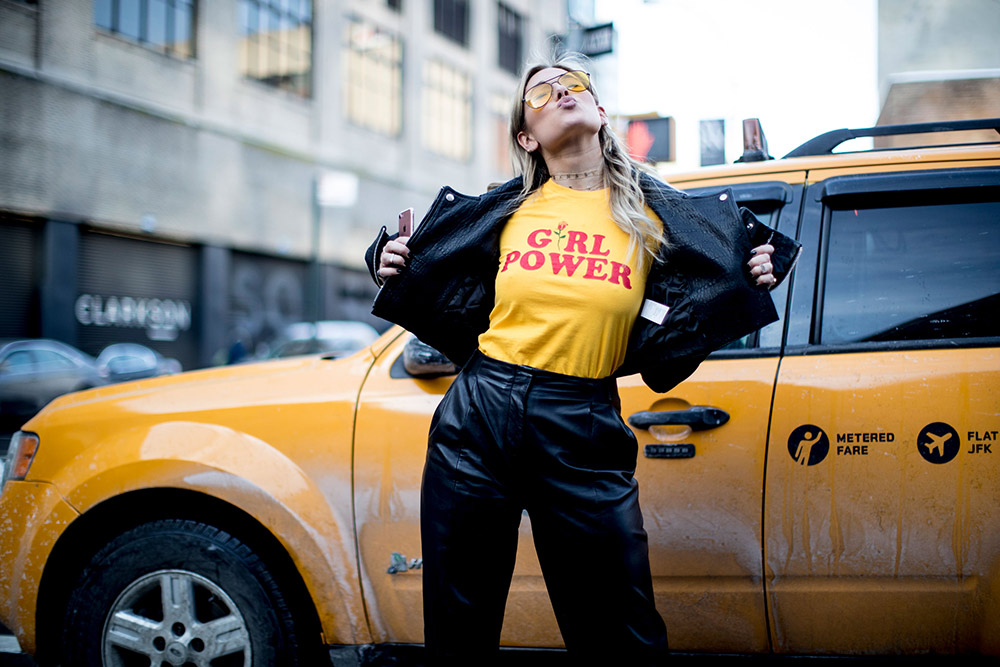 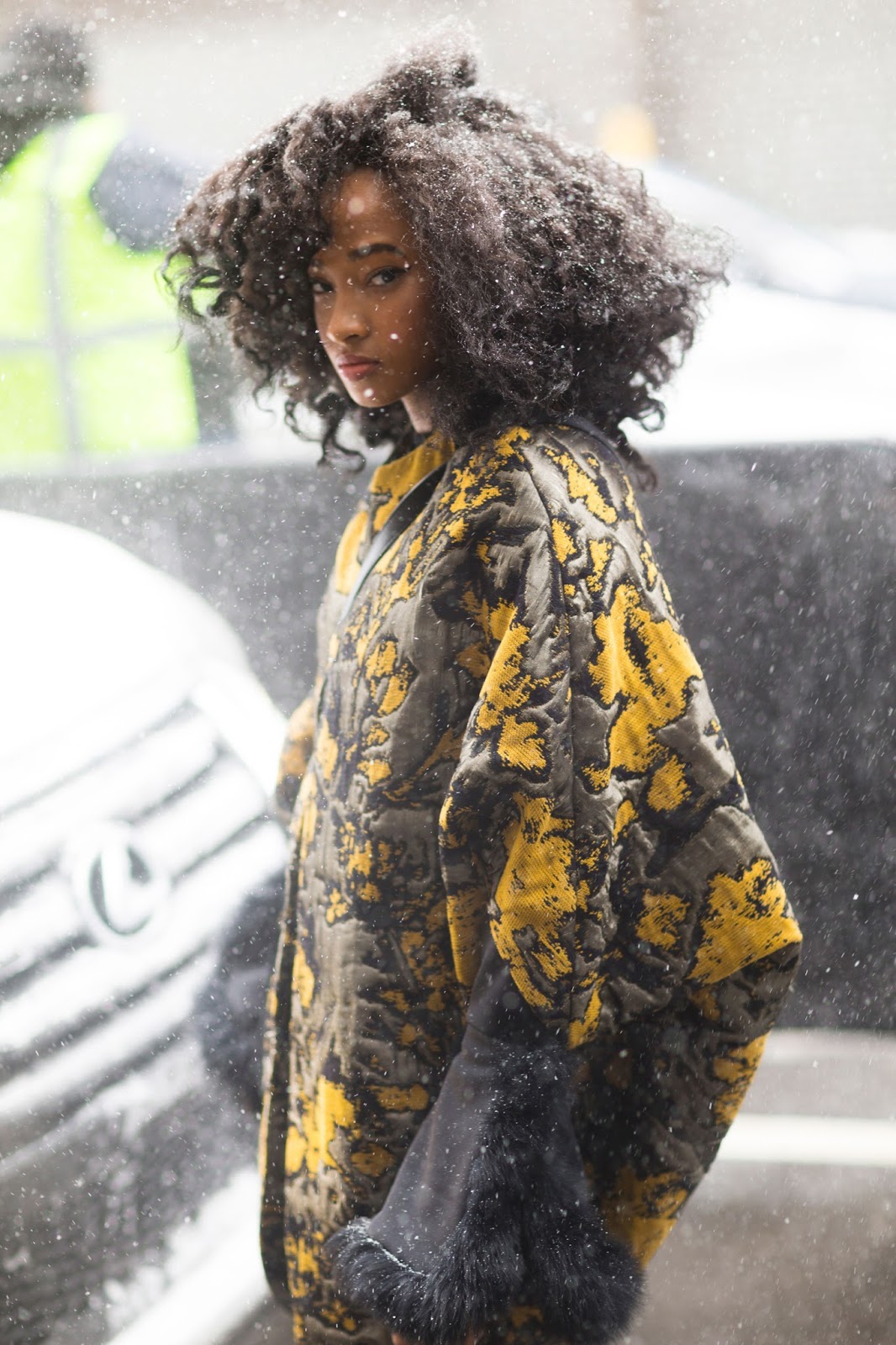 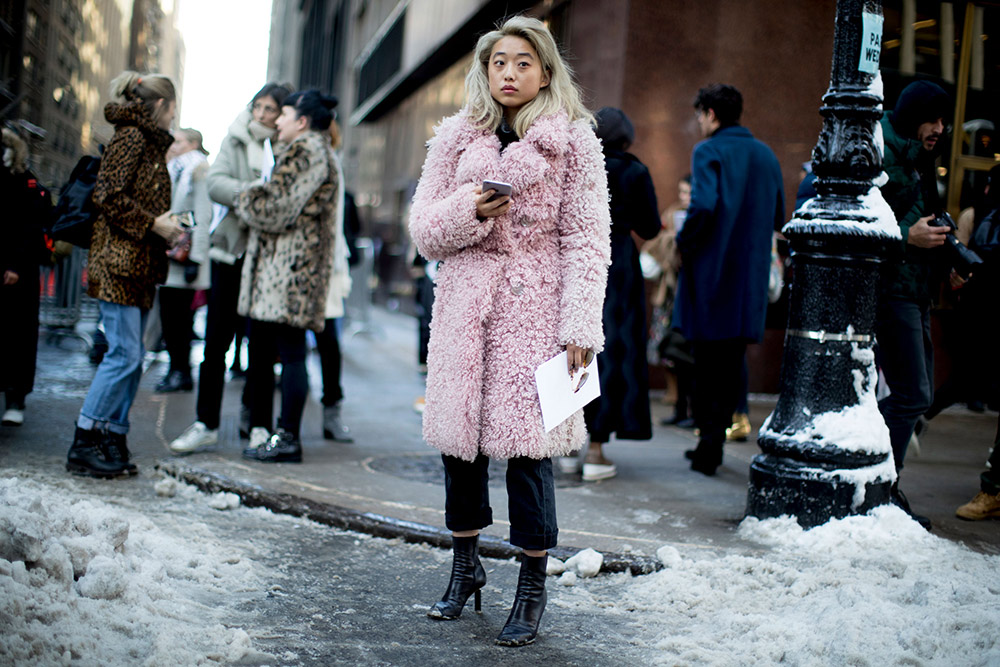 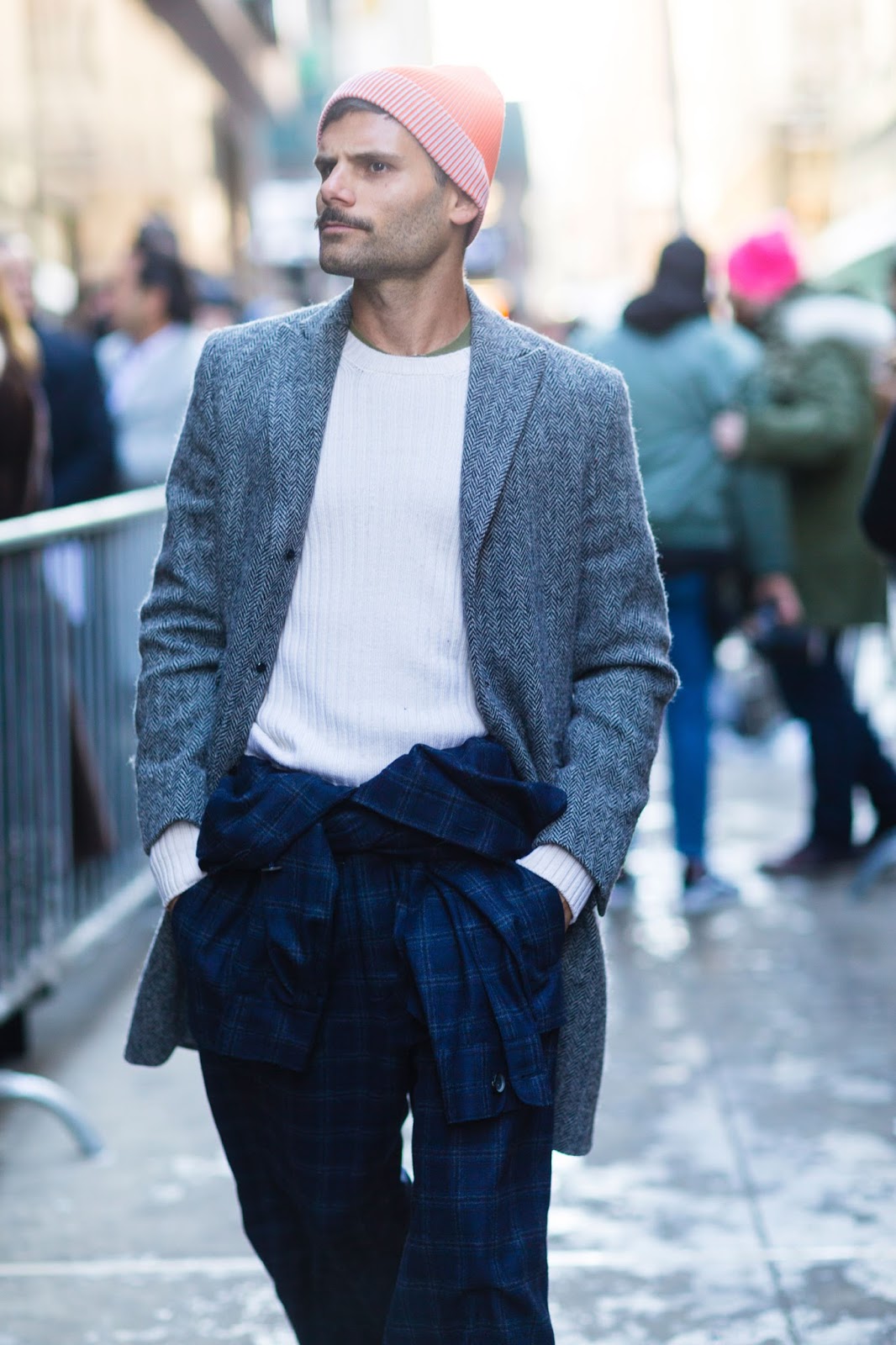 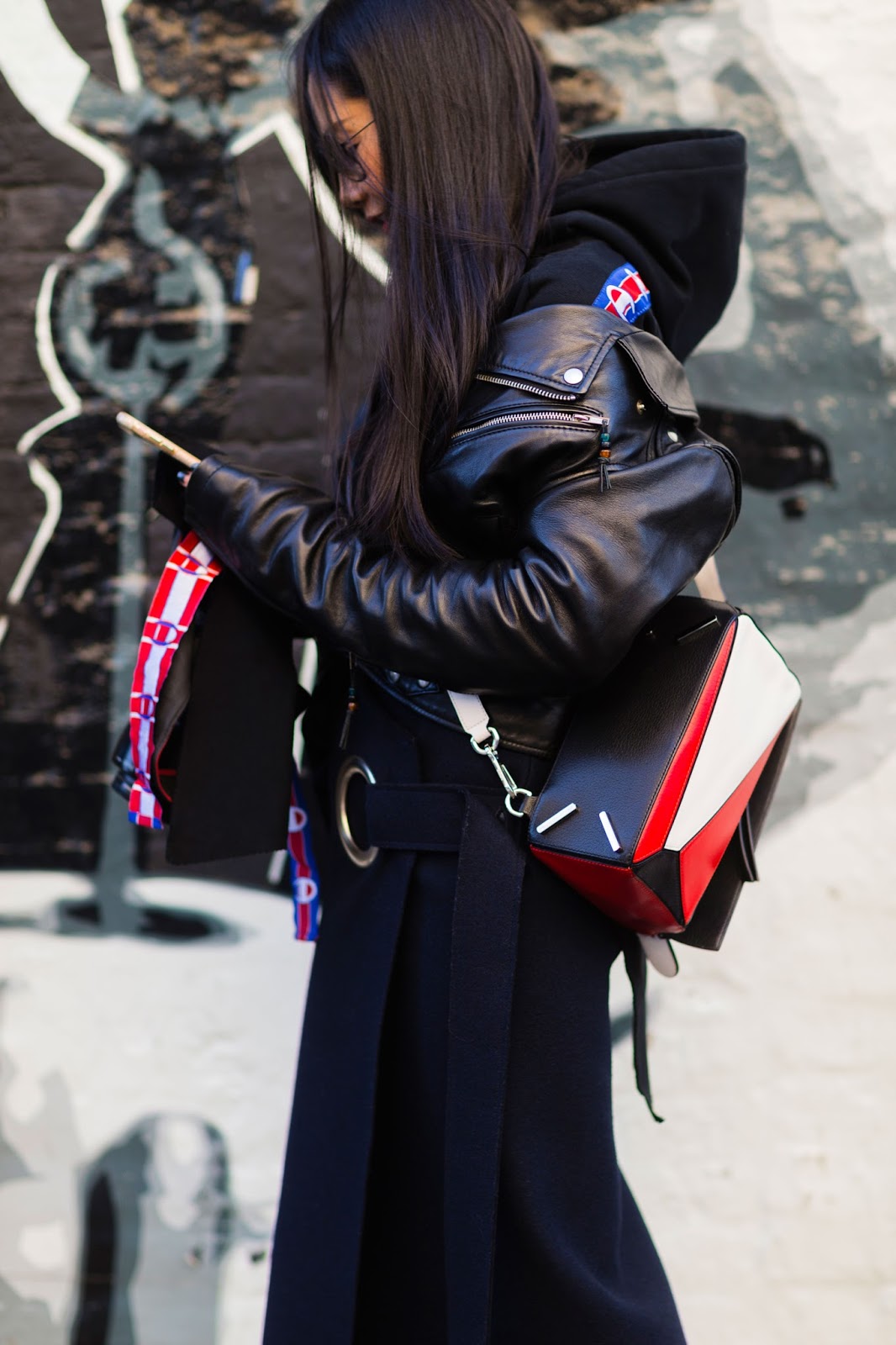 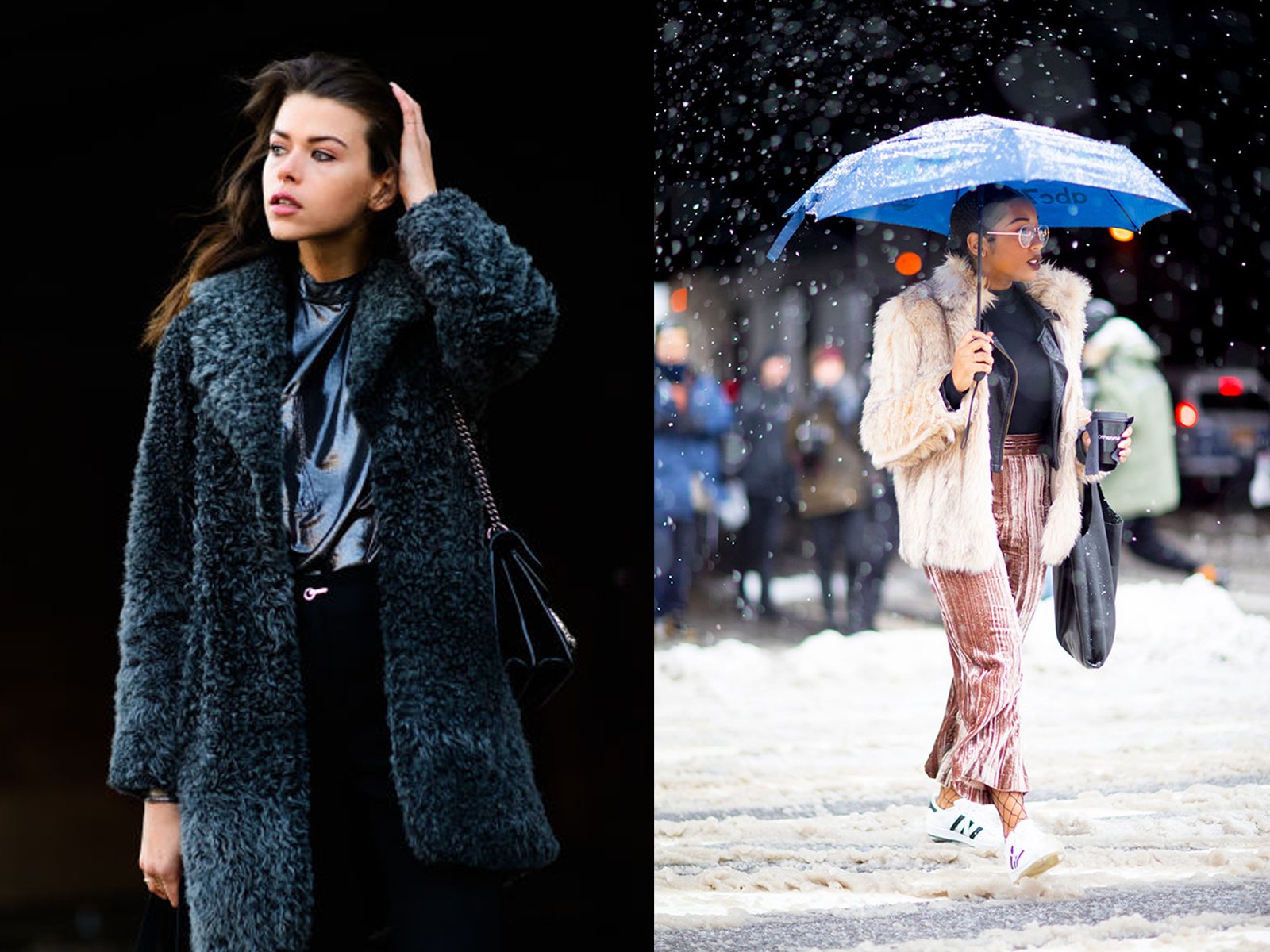 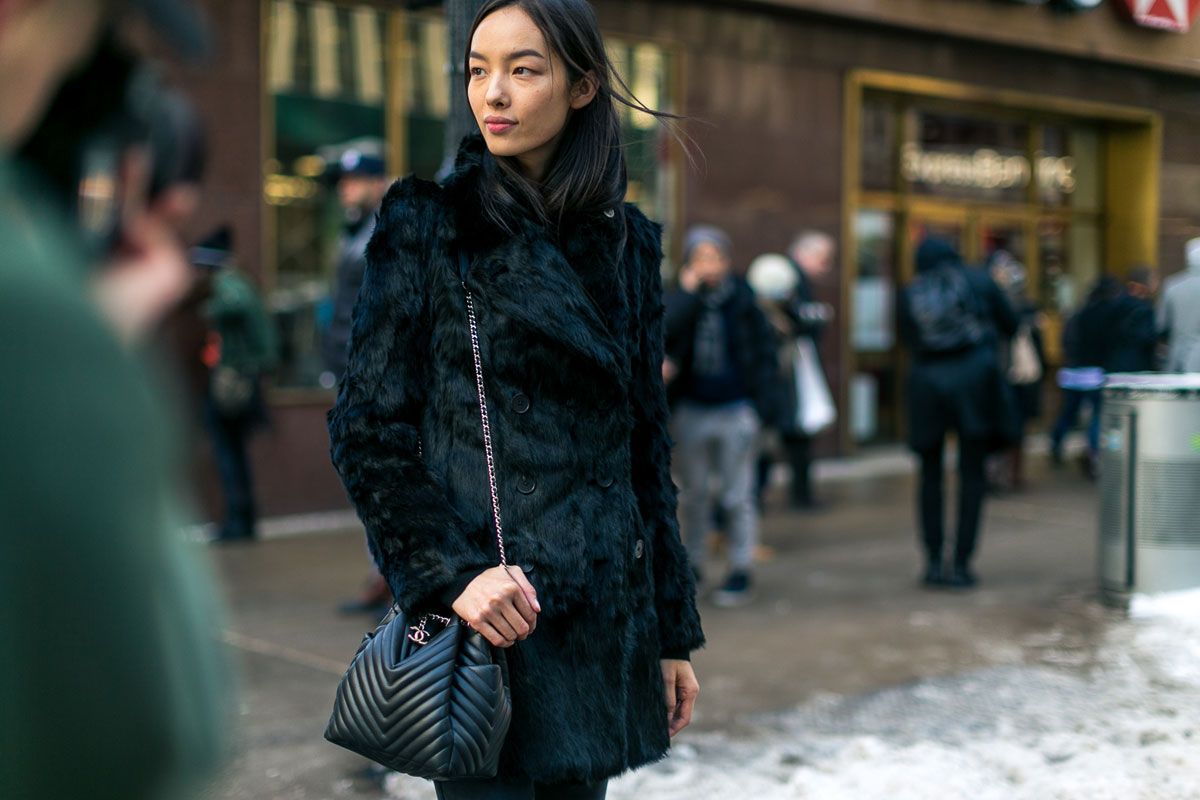 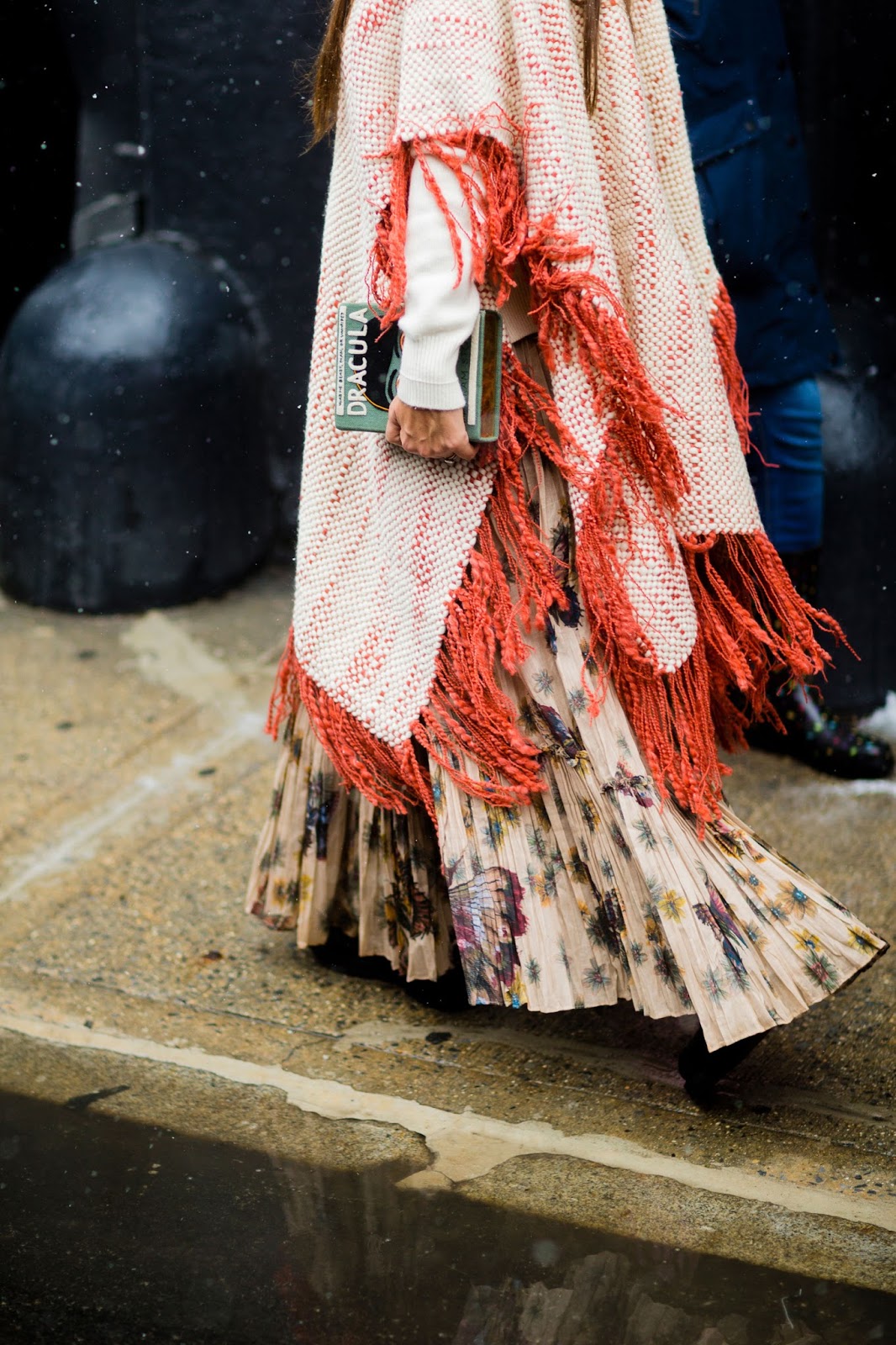 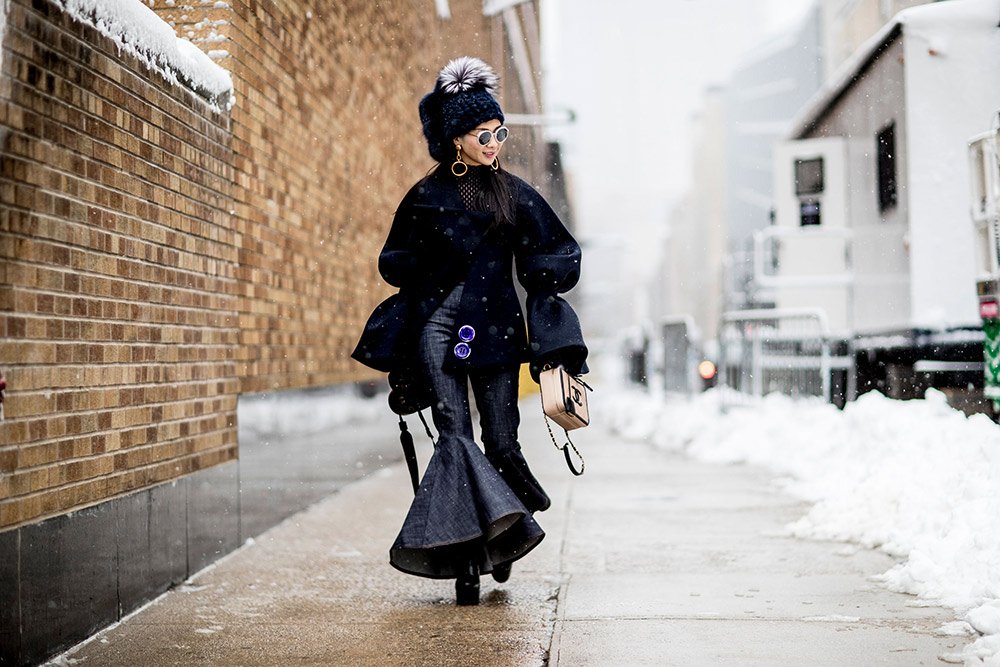 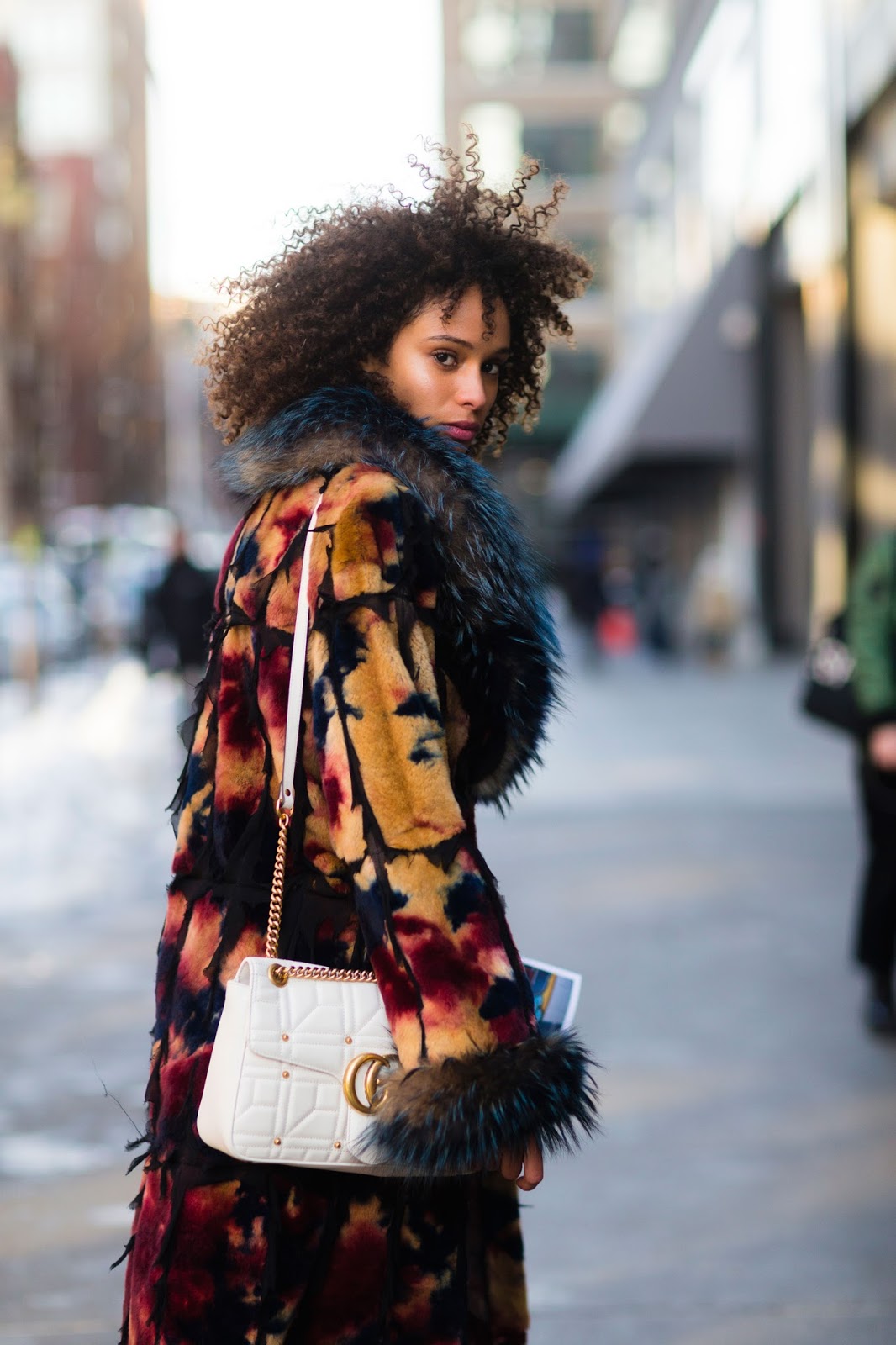 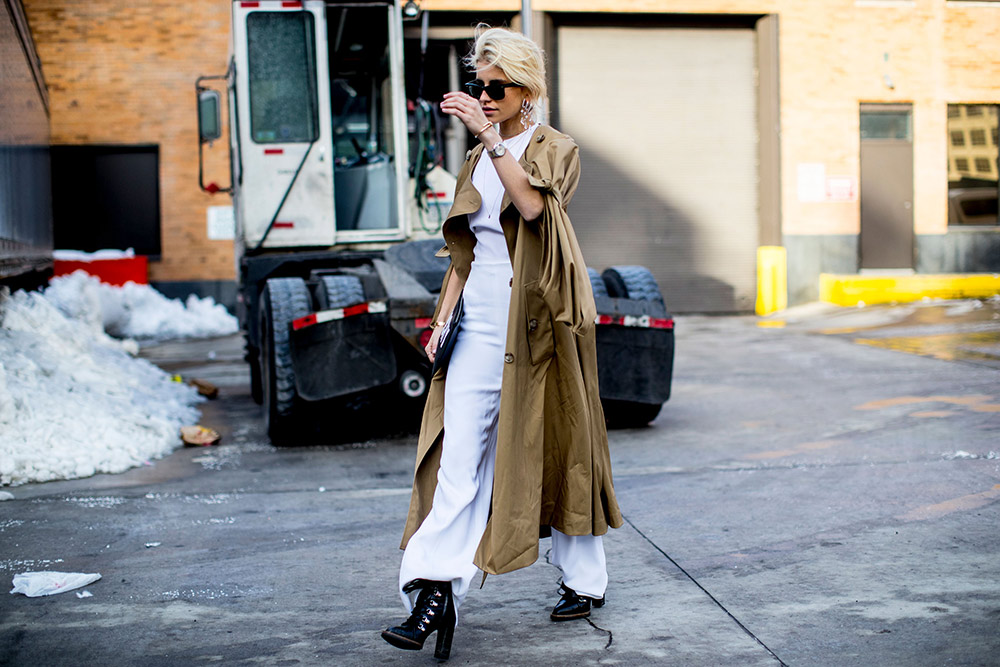 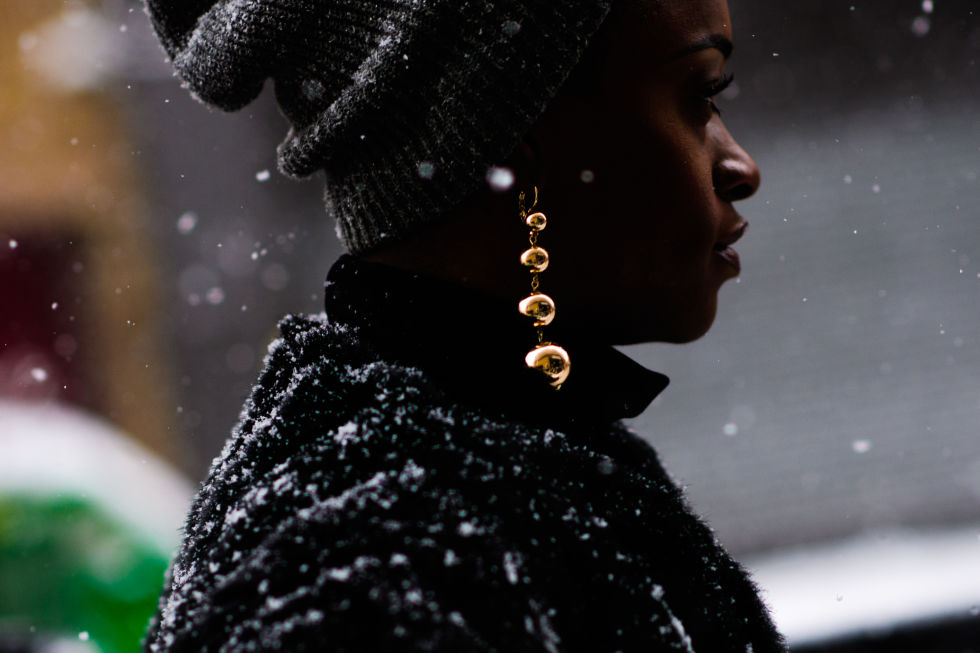 New Yorkers and alike persisted with a resistance and rebellion against the weather for NYFW 2017. And they did so through seventies flare (and flares). Dabbling with leather eccentricities and with black making its stylish statement in a sea of denim blues with exposed, naked limbs; the insubordination against the weather was triumphant. And amongst such insurgency several themes reigned supreme, illustrating such trends and accessories that are bound to be coveted by the masses in the coming weeks. From bold primary colours and print to the throngs of (hopefully faux) fur coats and down jackets. Like the pink Gucci shearling button up as seen on Ms Zhang (similar and more affordable versions here and here), an effeminate dream of opulence and warmth; a statement piece one yearns to embrace on such dreary, rainy days.

And whilst the desirable Chanel boy arm candy continued its reigns as the bag to be seen in, it was in fierce competition with J.W. Anderson’s pierce bag. A noted accessory that the street style limelight shone directly in favour upon and one that is soon to become the newest craze and coveted “IT” bag for the year ahead. A design which seemingly draws strength in its structure, with an emphasis on its rebellious nature at heart with its daring golden piercing; analogous to the very same attitude on those New York streets.