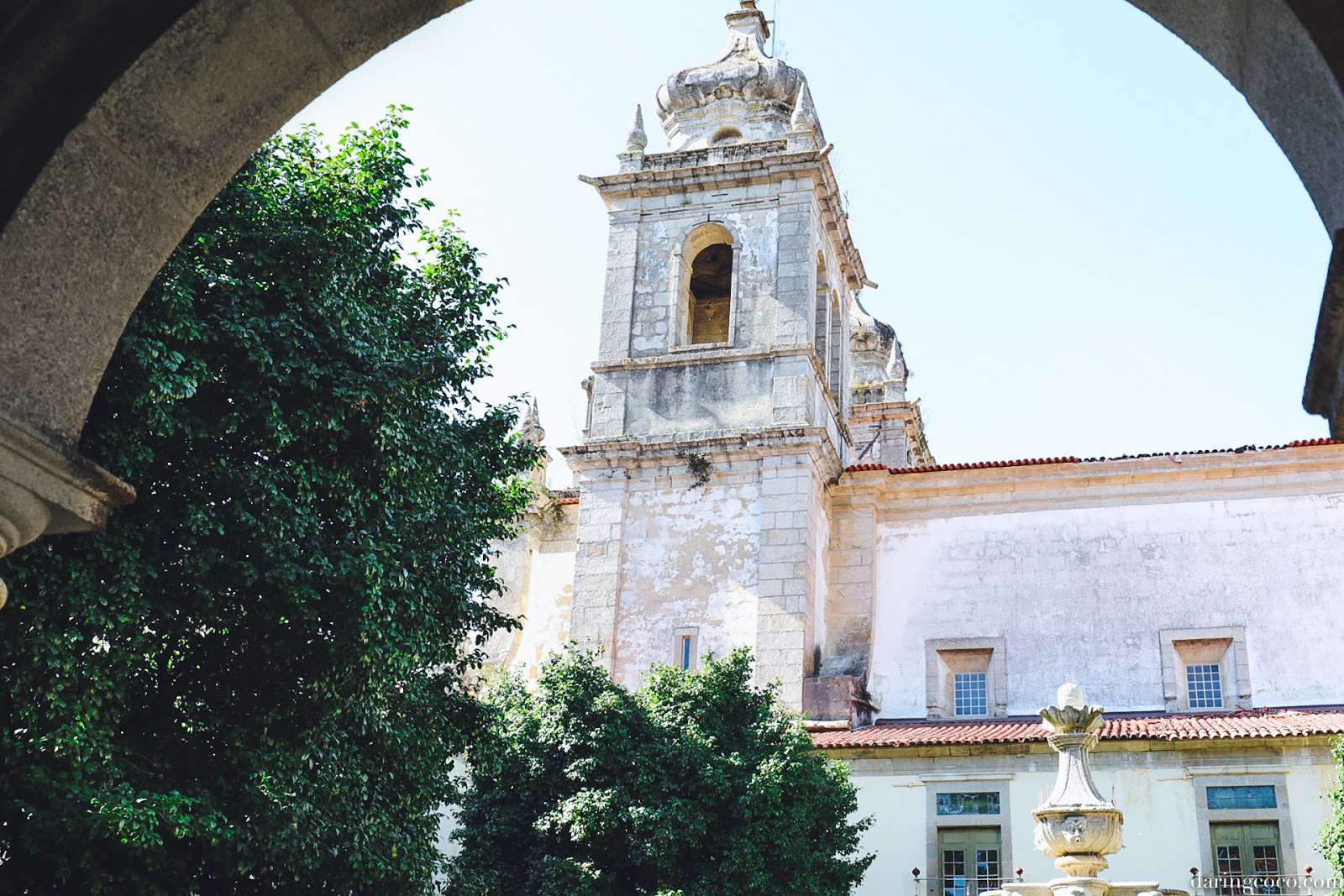 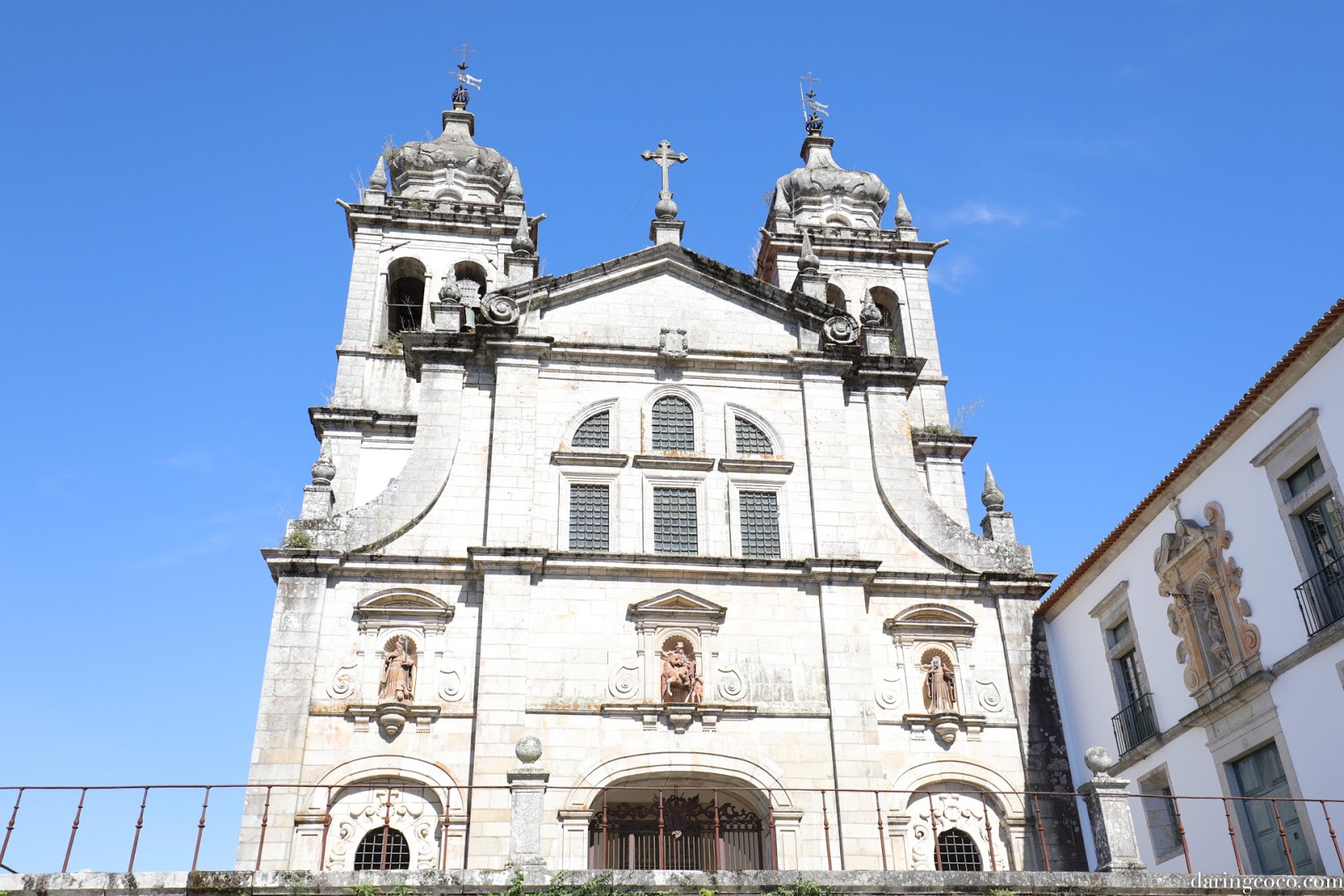 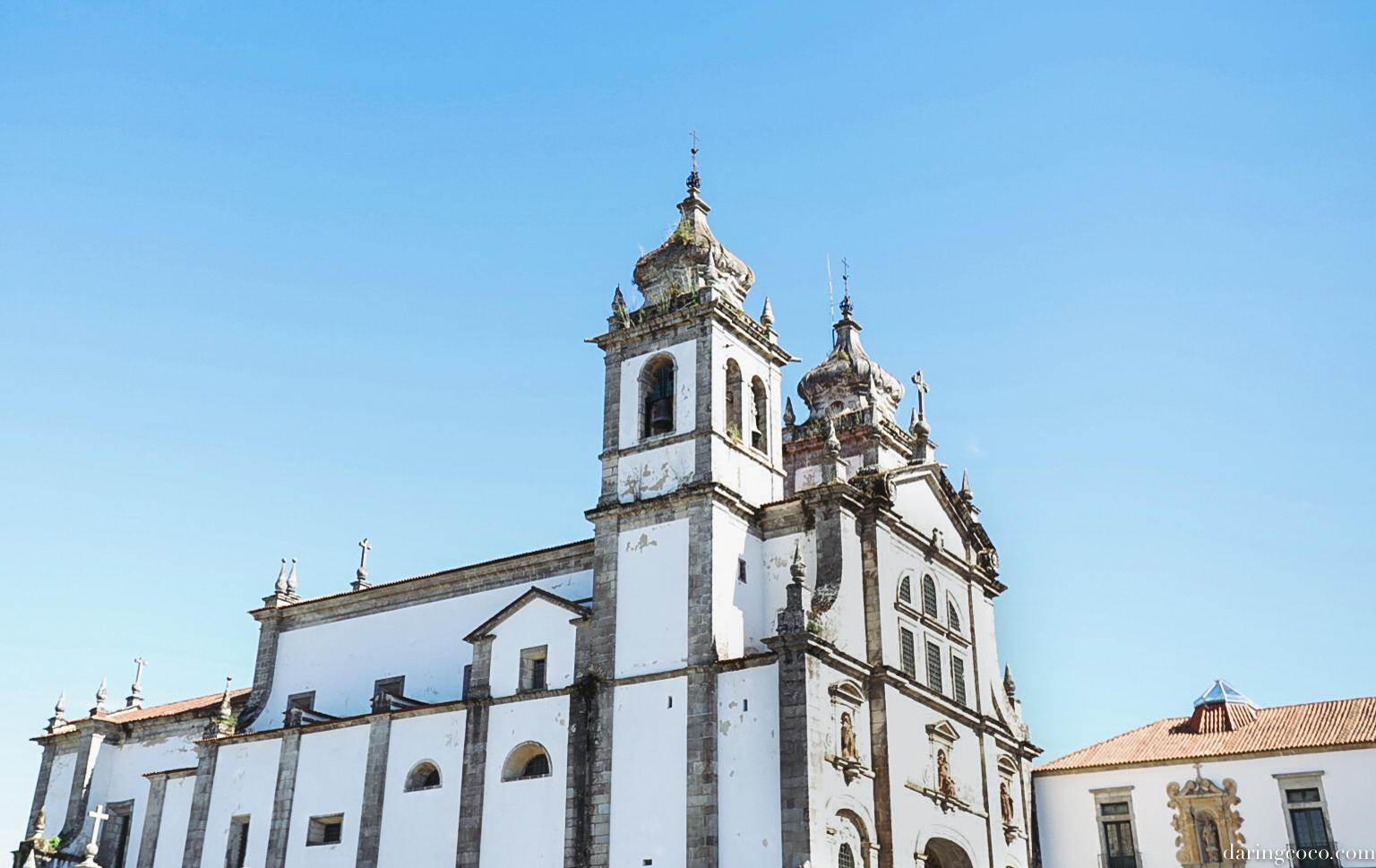 The road to Sao Martinho De Tibaes was confining and very much perplexing, with only two obscured signs along the way to point us in the right direction. Traveling at only a snails pace through dense villages and labyrinth like streets. Streets that were indescribably narrow with some points requiring vehicle mirrors to be tucked in for safer passage. Such a setting is actually rather common in these parts,  when one traverses off the main roads and highways that is. It is a most charming sight, beautifully foreign and authentically Portuguese. Something most travellers fail to experience when opting to remain within larger, more developed cities and towns.

While the drive to Sao Martinho De Tibaes was relentlessly disorientating, and with spots of internet inactivity causing mass panic and confusion, this trip was very much worthwhile. Even though it had you constantly questioning if such a place could even exist amongst such a dense sprawl of residences. But that horizon tightly guarded by towering stone facades, blackberry bushes and the curious suntanned faces makes for a most dramatic climax. Upon reaching the destination that is. As if out if thin air, a sprawling prairie emerges followed by a grandiose and imposing architectural structure. 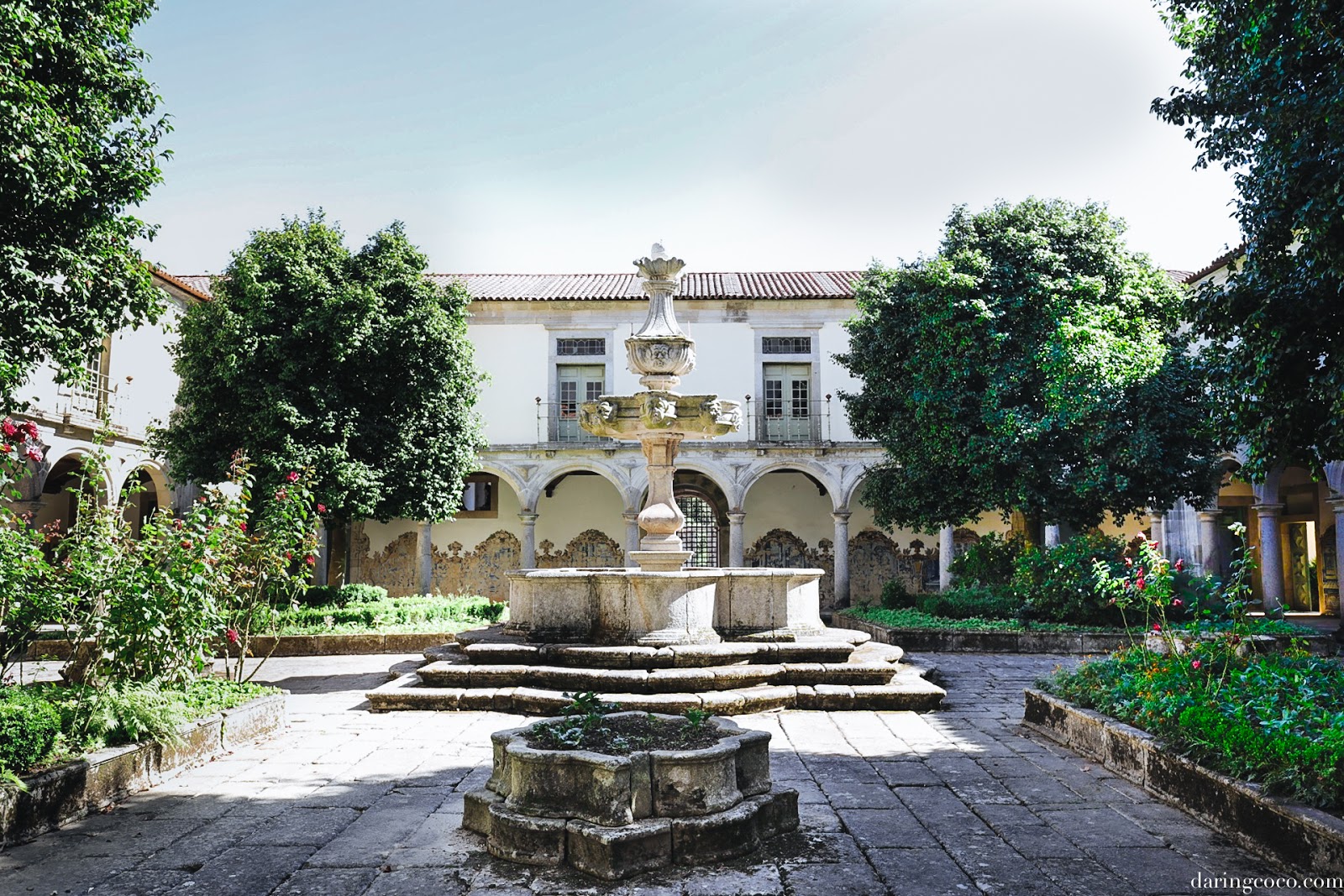 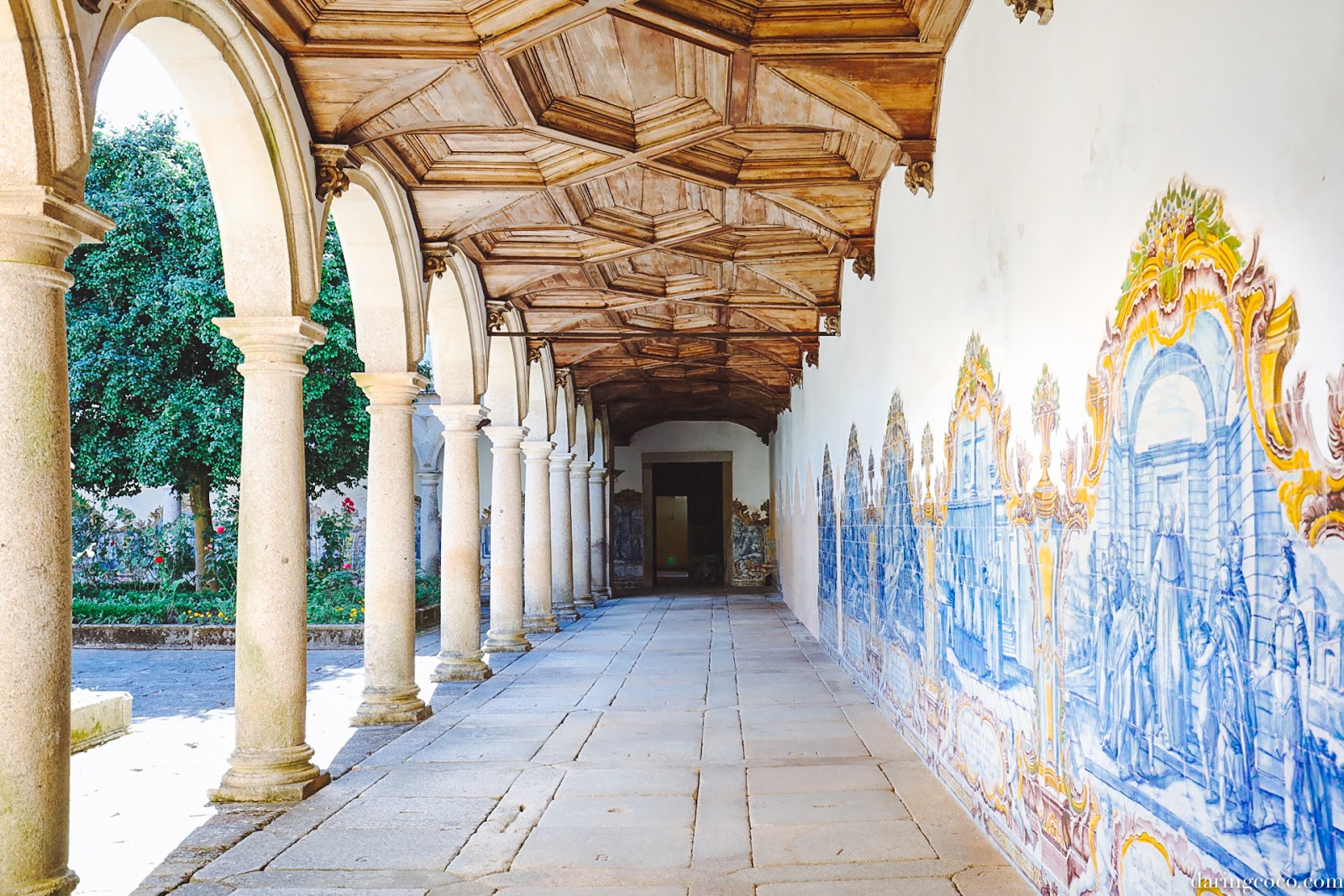 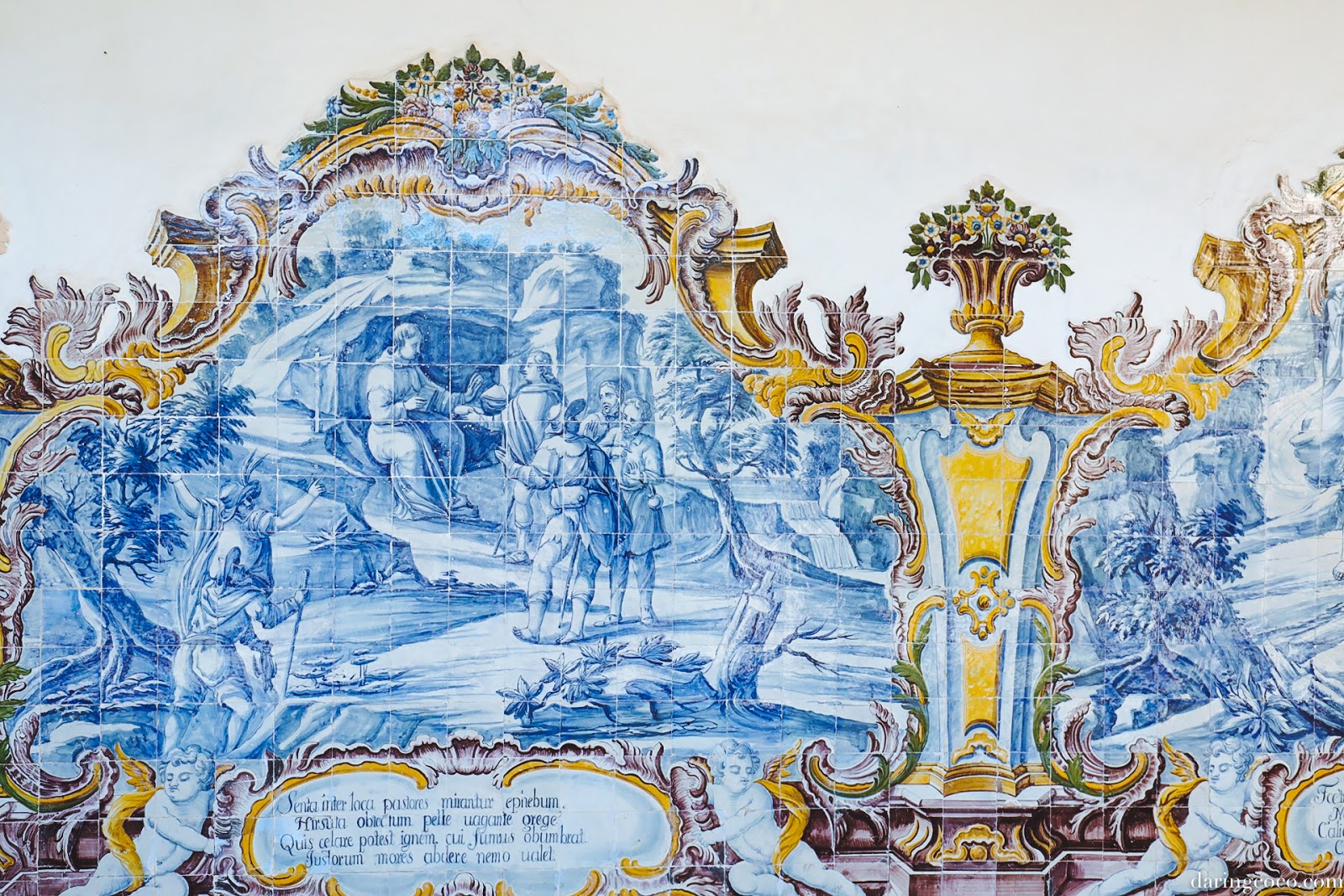 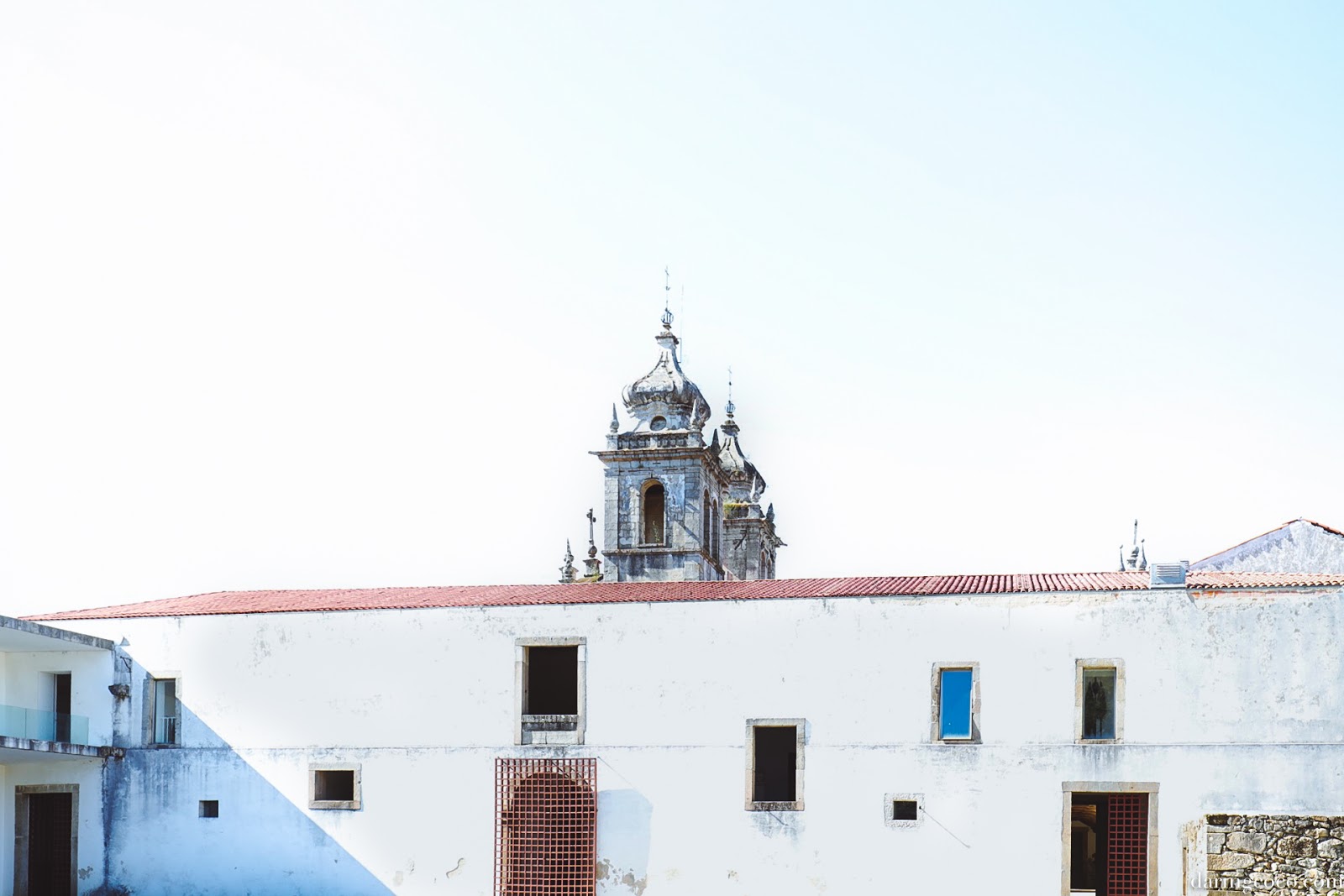 The drive towards this estate is equally as magnificent as what lays ahead. A long stretch of gravel that warmly beckons you forward and all against a field of sunburnt lawn. Approaching closer, there is no denying it’s palatial standing – albeit a humble one. That is until you physically cross the threshold at the Monastery of Sao Martinho de Tibaes. With an interior that is rich in master craftsmanship and antiquities. And accompanying grounds lush with flora and greenery, like the journey here, the facade of this Monastery sneakily obscures what lays beyond its walls.

(On a side note the image above caught my curiosity whilst in the editing stages. The window to the far right housing a most unexpected and eerie figure…) 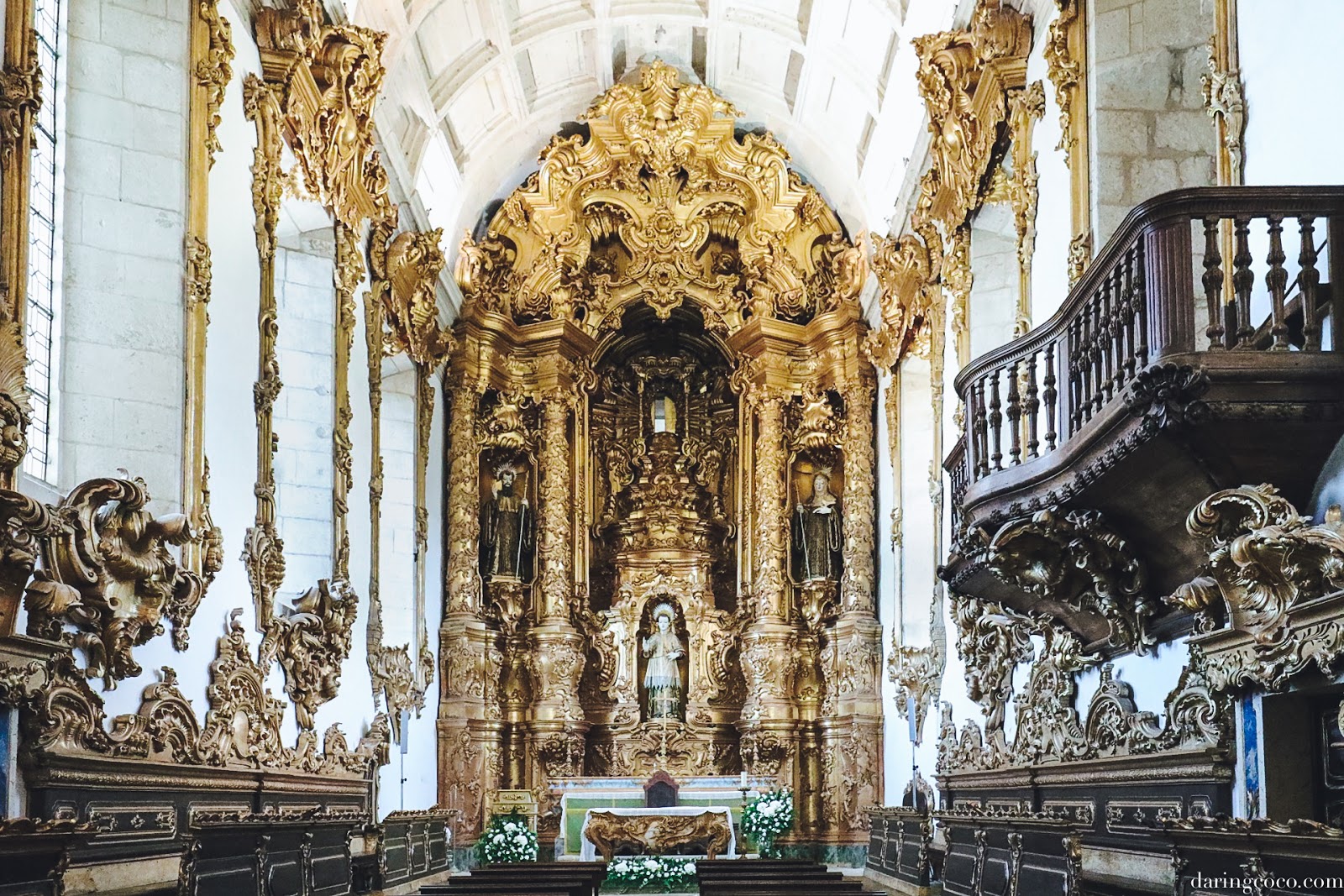 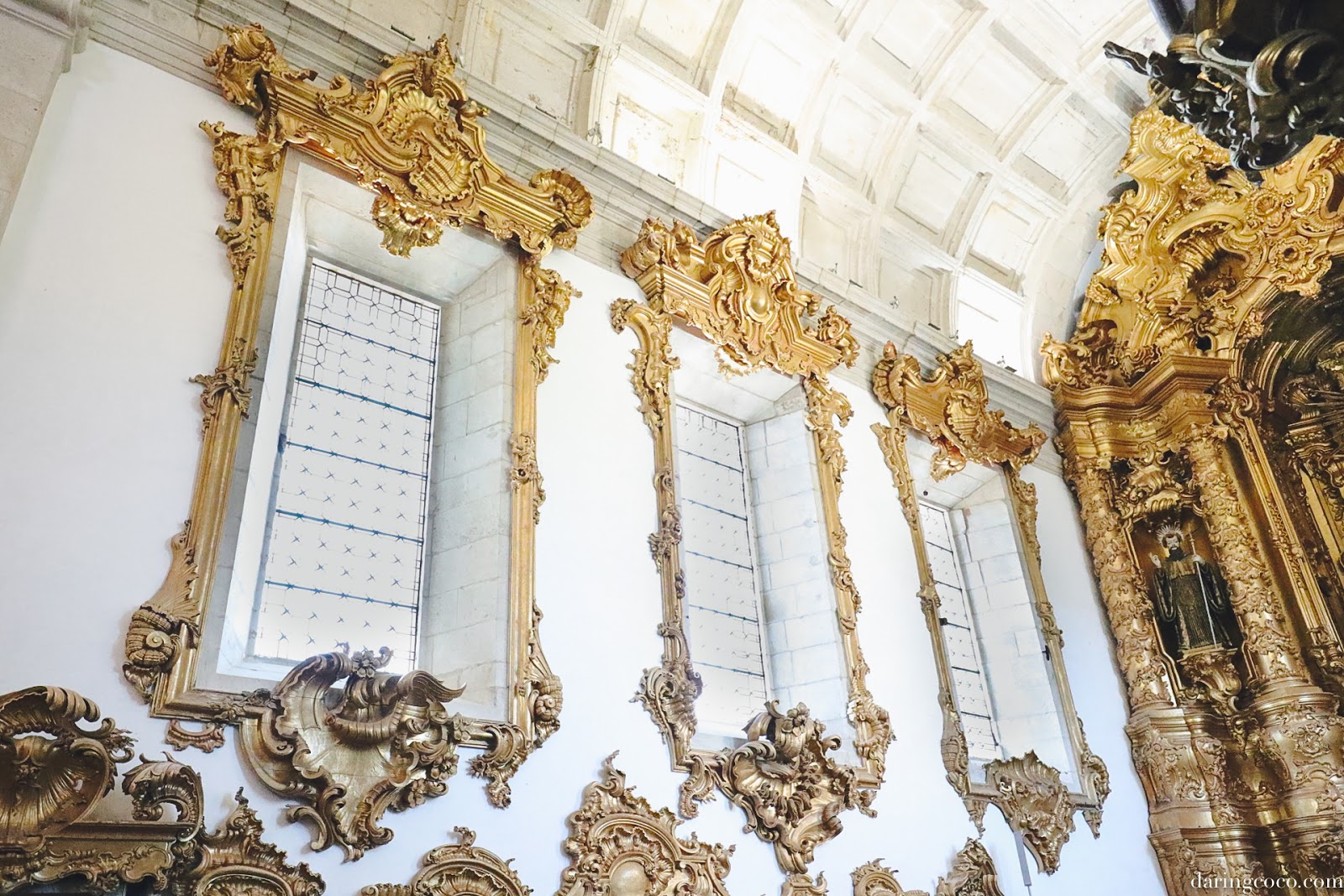 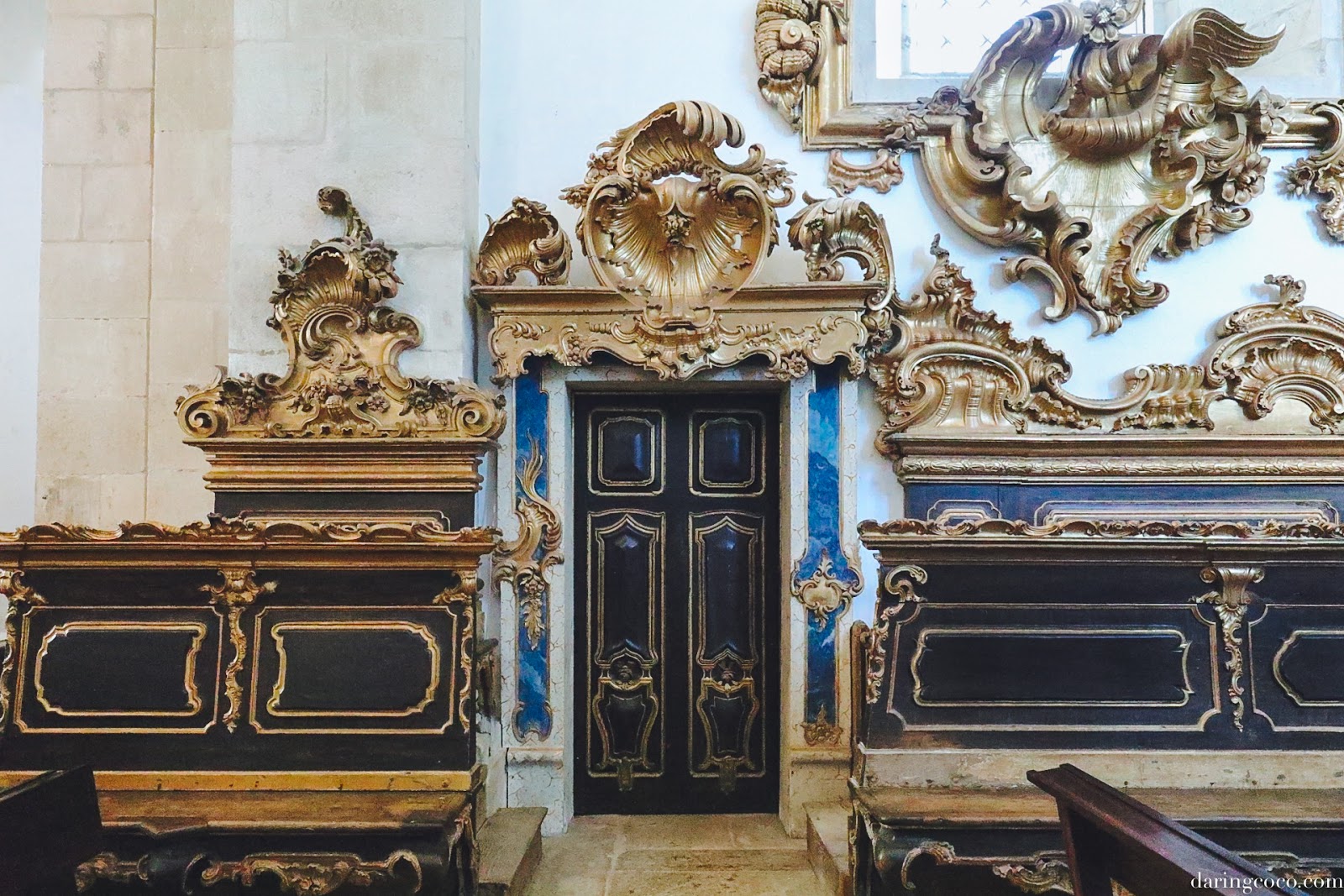 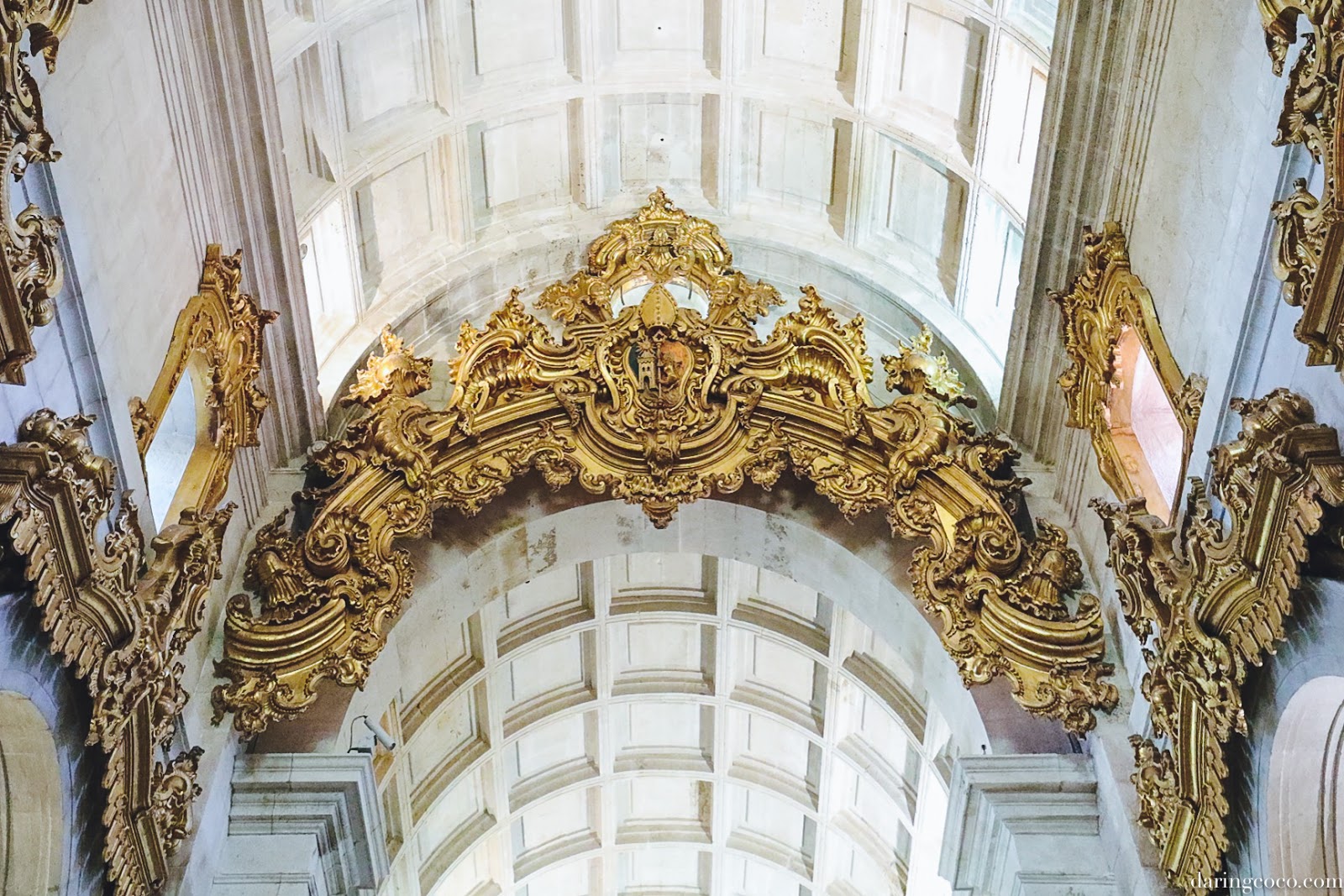 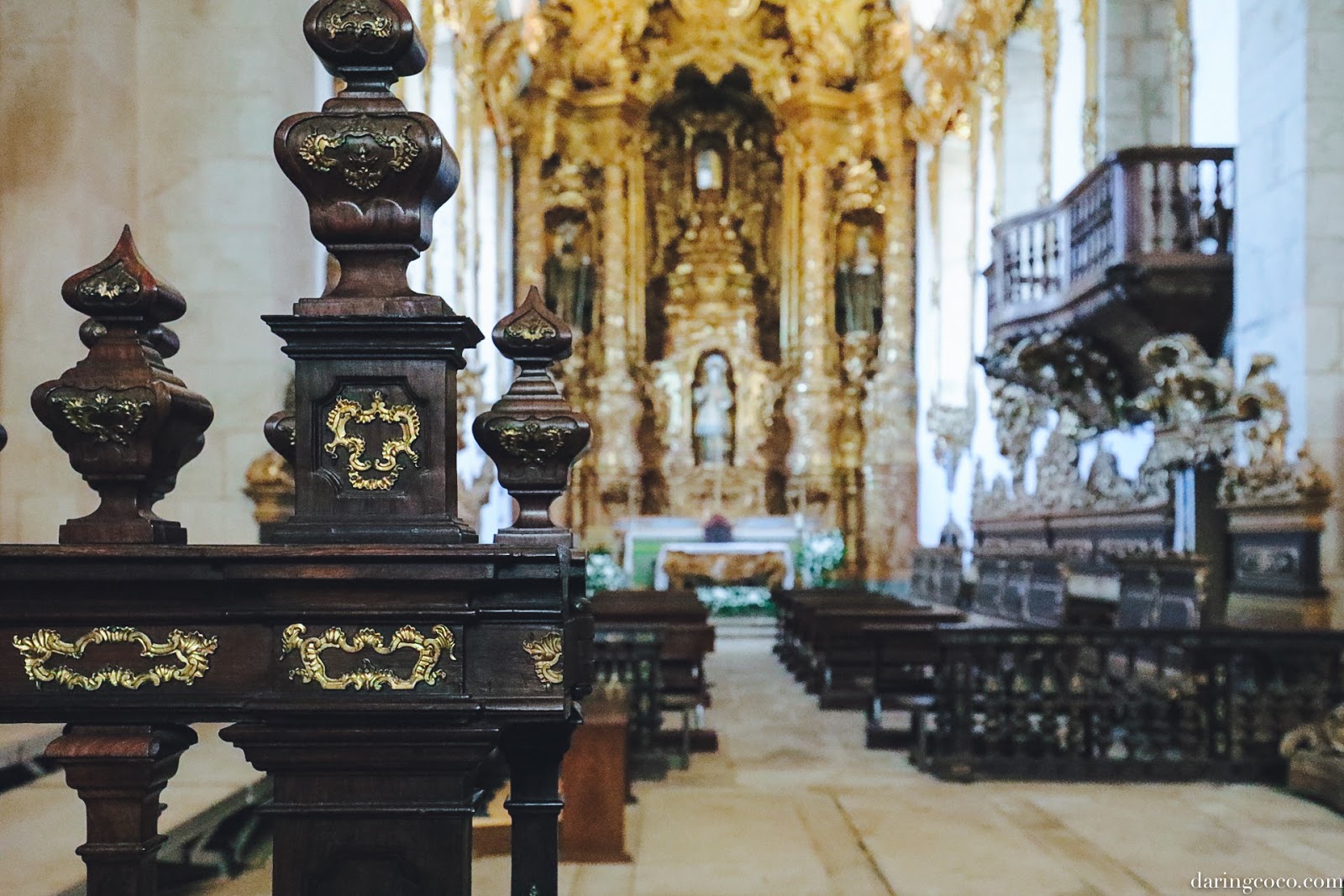 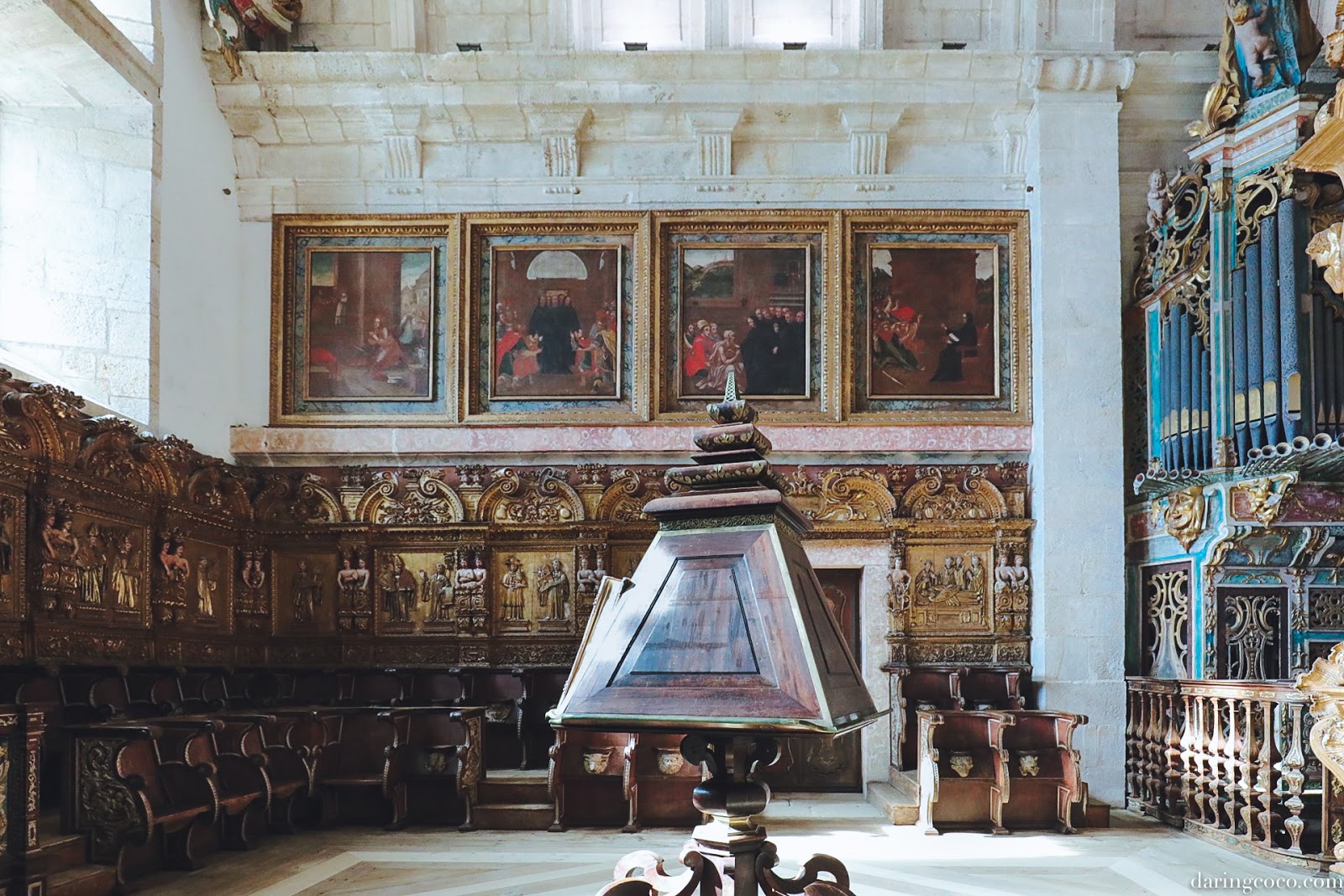 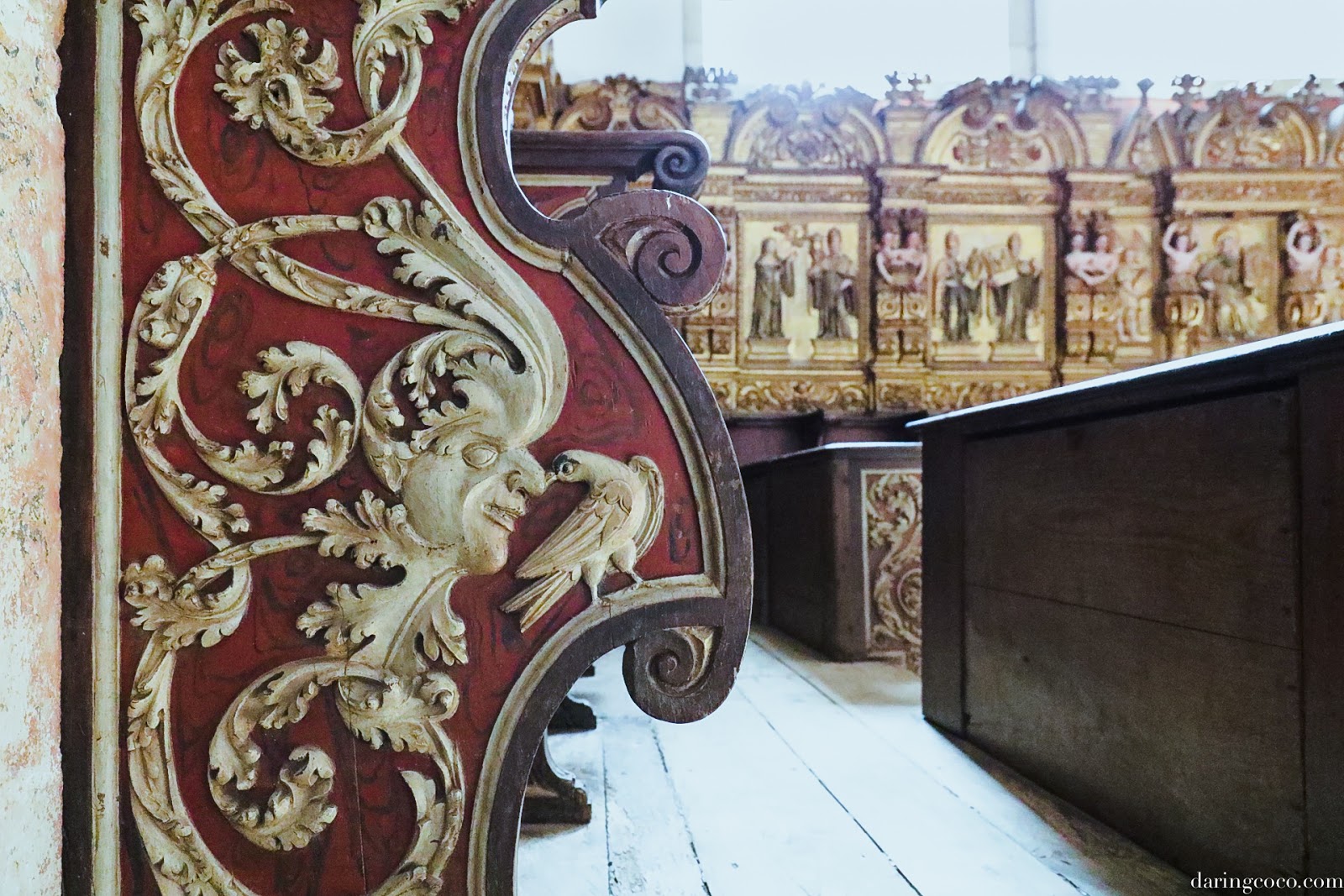 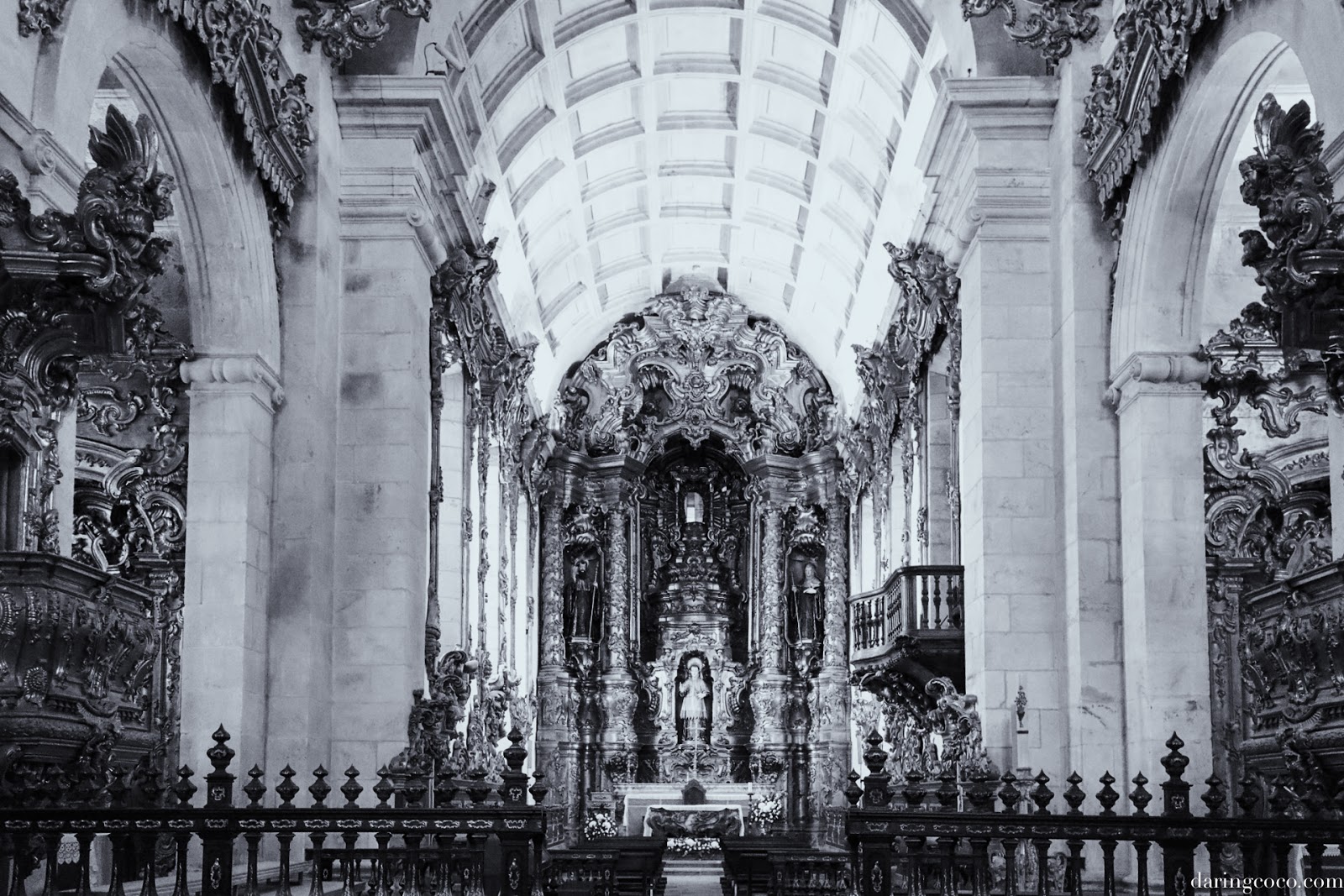 For those who know me, know that I am not someone who enjoys churches. Preferring to admire from afar, and attributing this to an irrational case of claustrophobia. The church in the monastery of Sao Martinho De Tibaes however proved to be an exception, providing a weird sense of calm, something which contrasted brilliantly against such a splay of golden opulence.

Perhaps such sensations could be connected to the mysterious apparition from the above set of photos?

There is no denying the resplendence and grace that exudes this church. Originally erected in place of an Ancient Roman church back in 1628, adopting Late Renaissance architecture and formed in a traditional Latin cross shape. However its white washed walls in company with gold filigree and carvings and the rich mahogany features, coalescing with slight marble embellishments depict strong influences of Baroque and Rococo touches through the years. This is a site rich in religious artwork and craftsmanship, and it’s hard not to spend the afternoon away simply gazing in awe. Especially when it comes to the alter and the upper choir which contains a plethora of works to survey. Which also includes an grand wooden bookstand featuring a centuries old liturgical book. 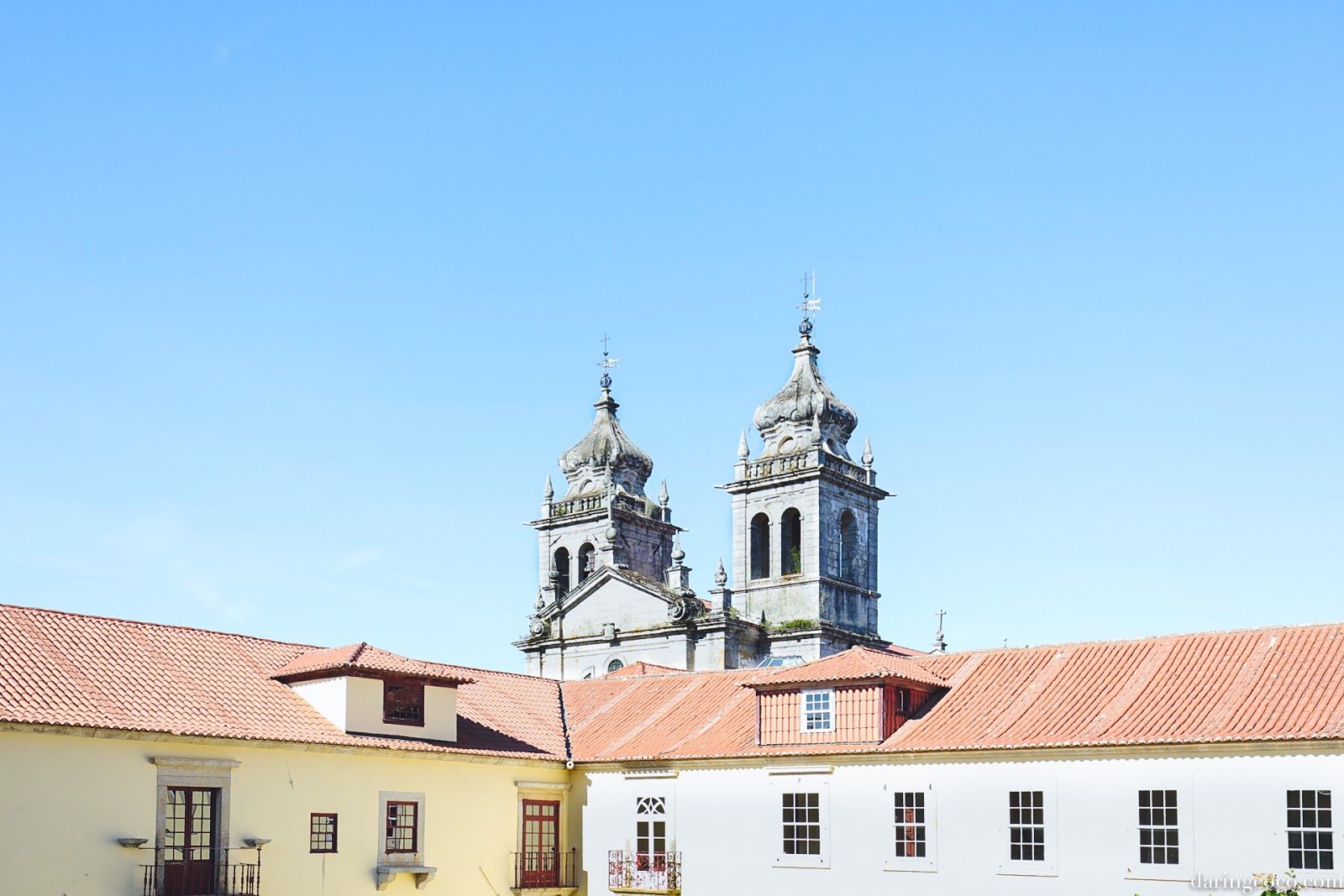 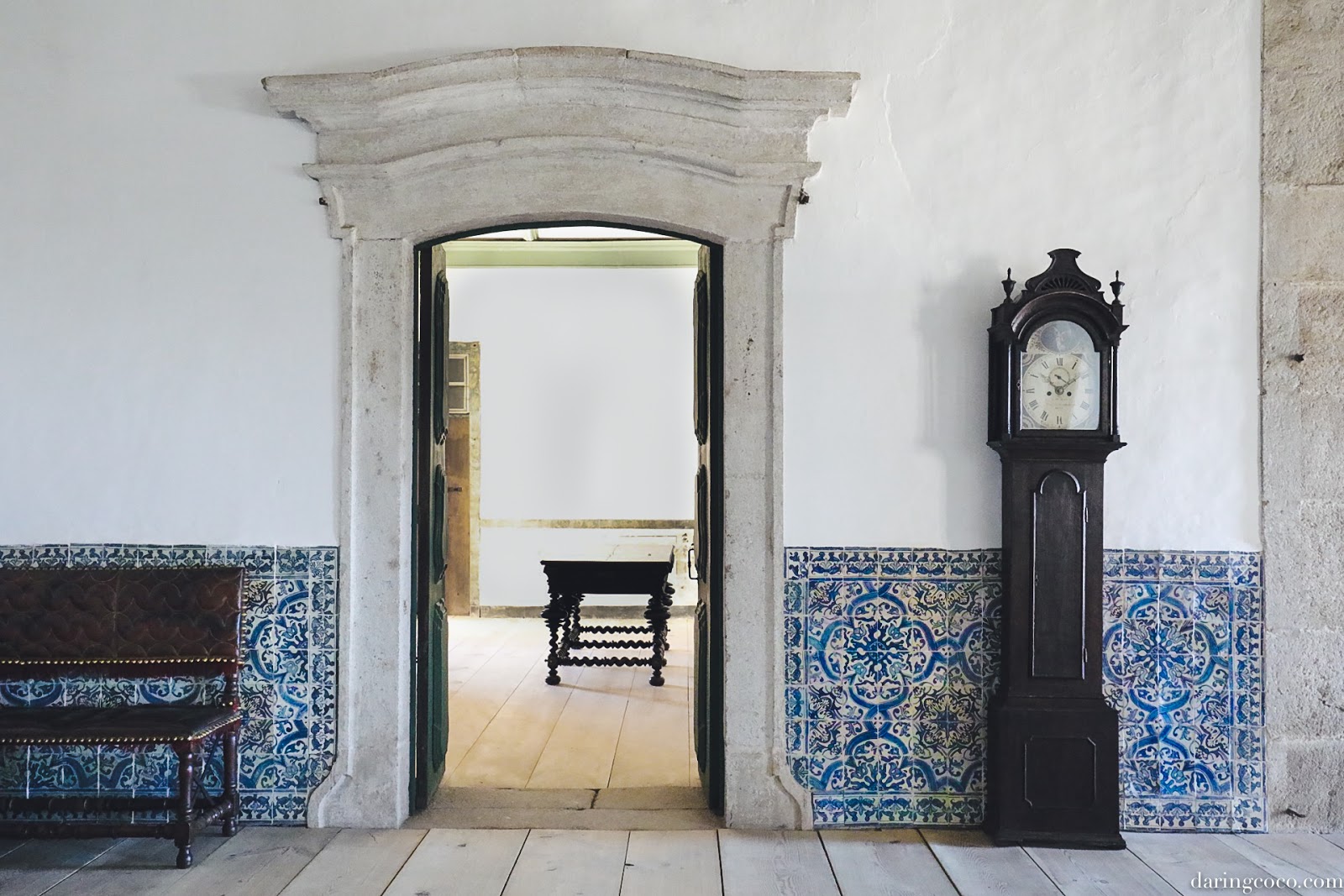 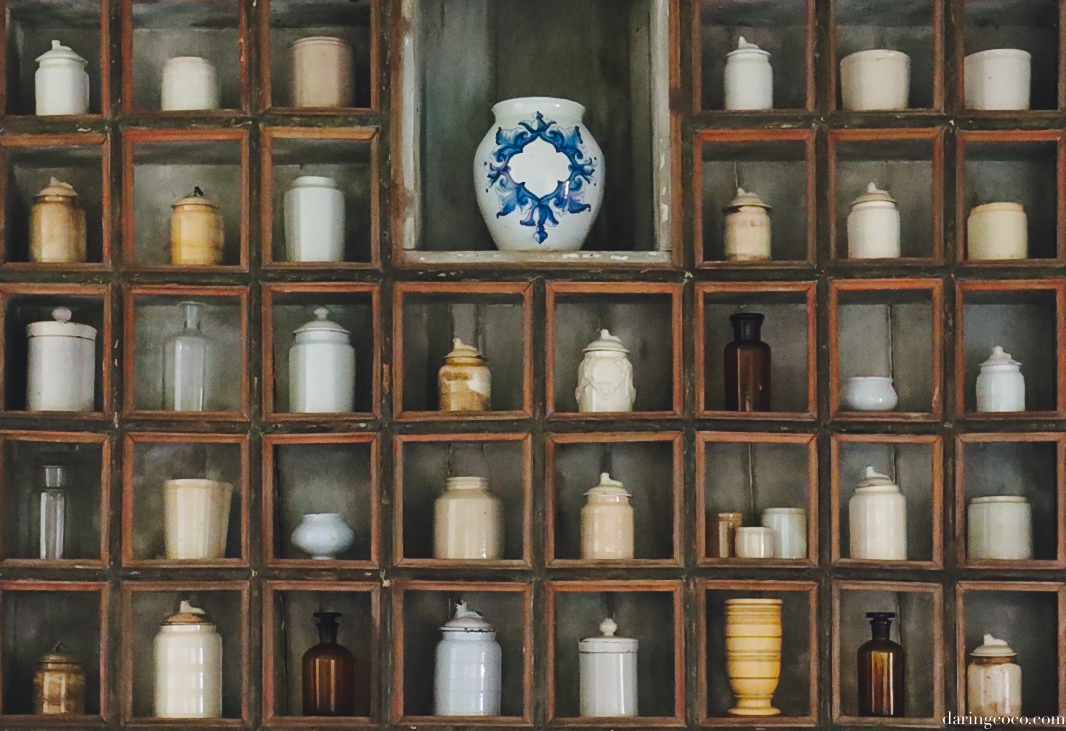 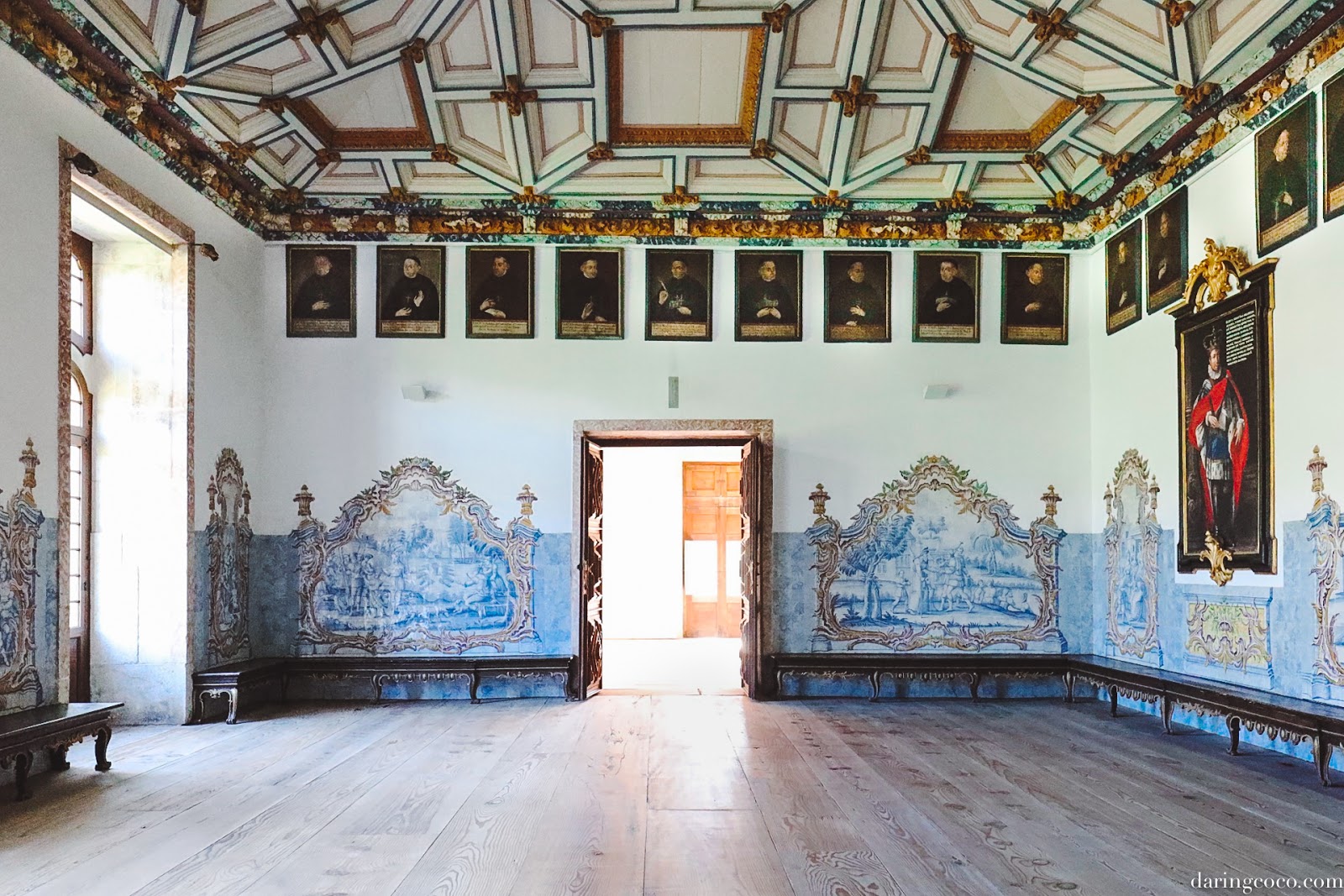 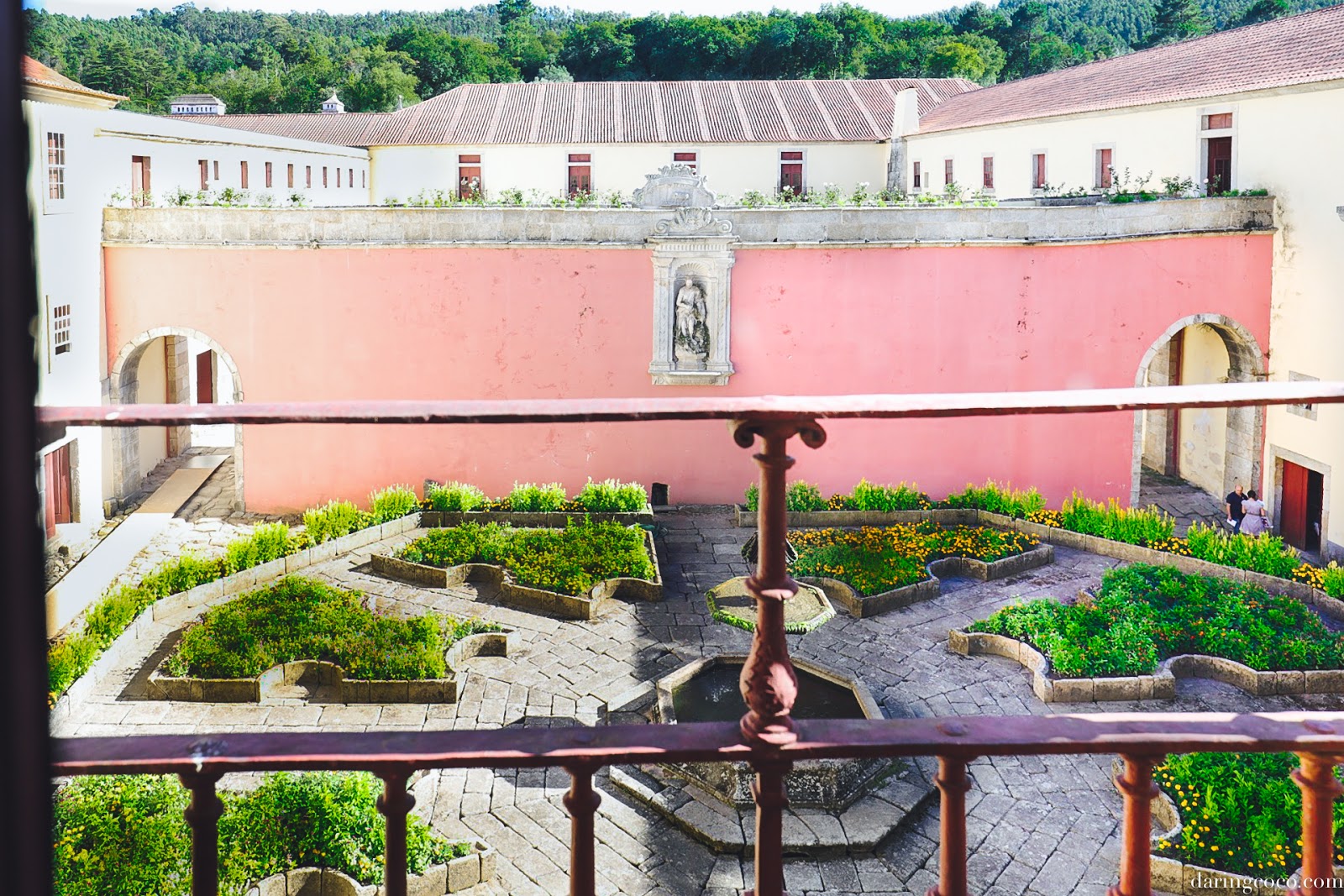 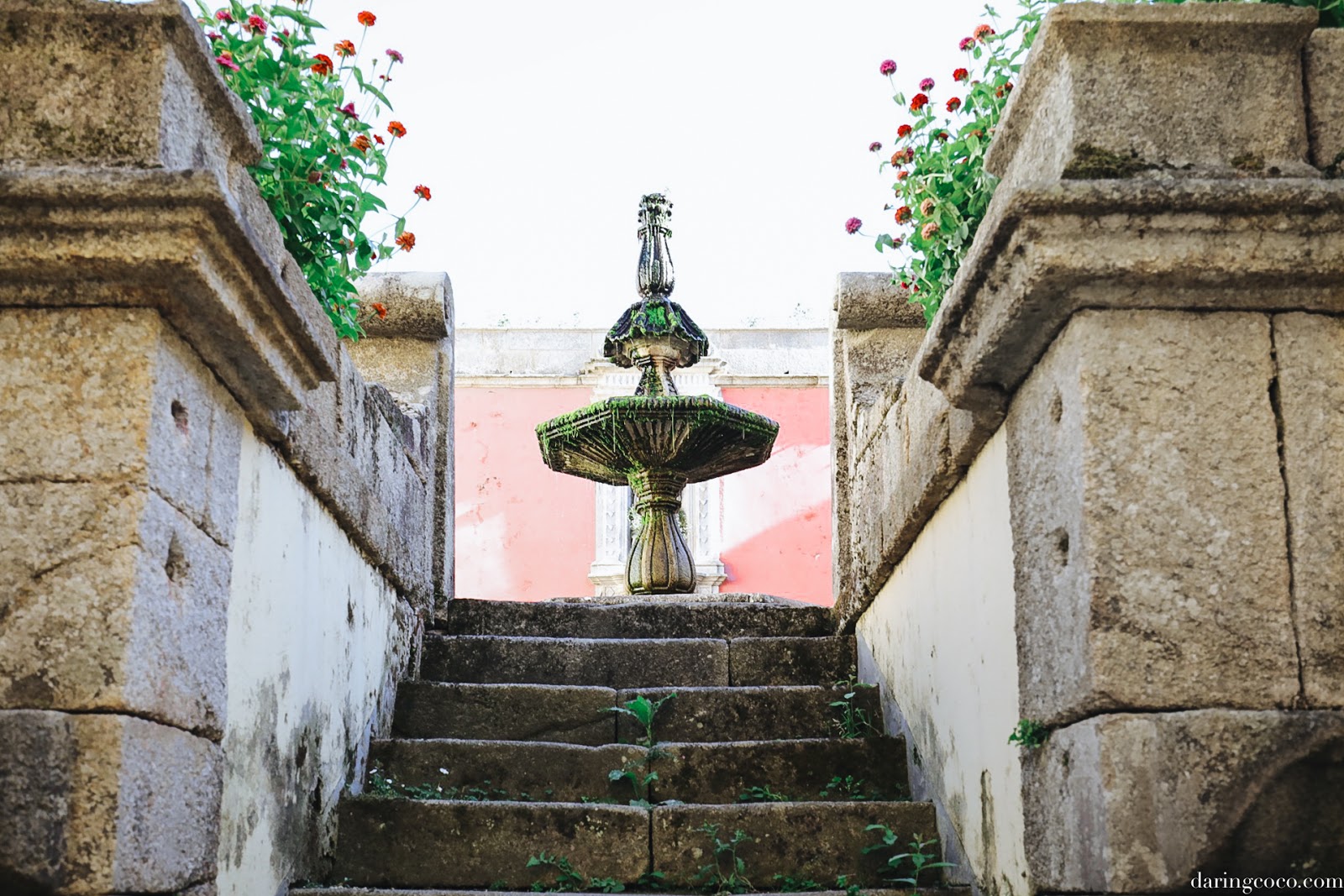 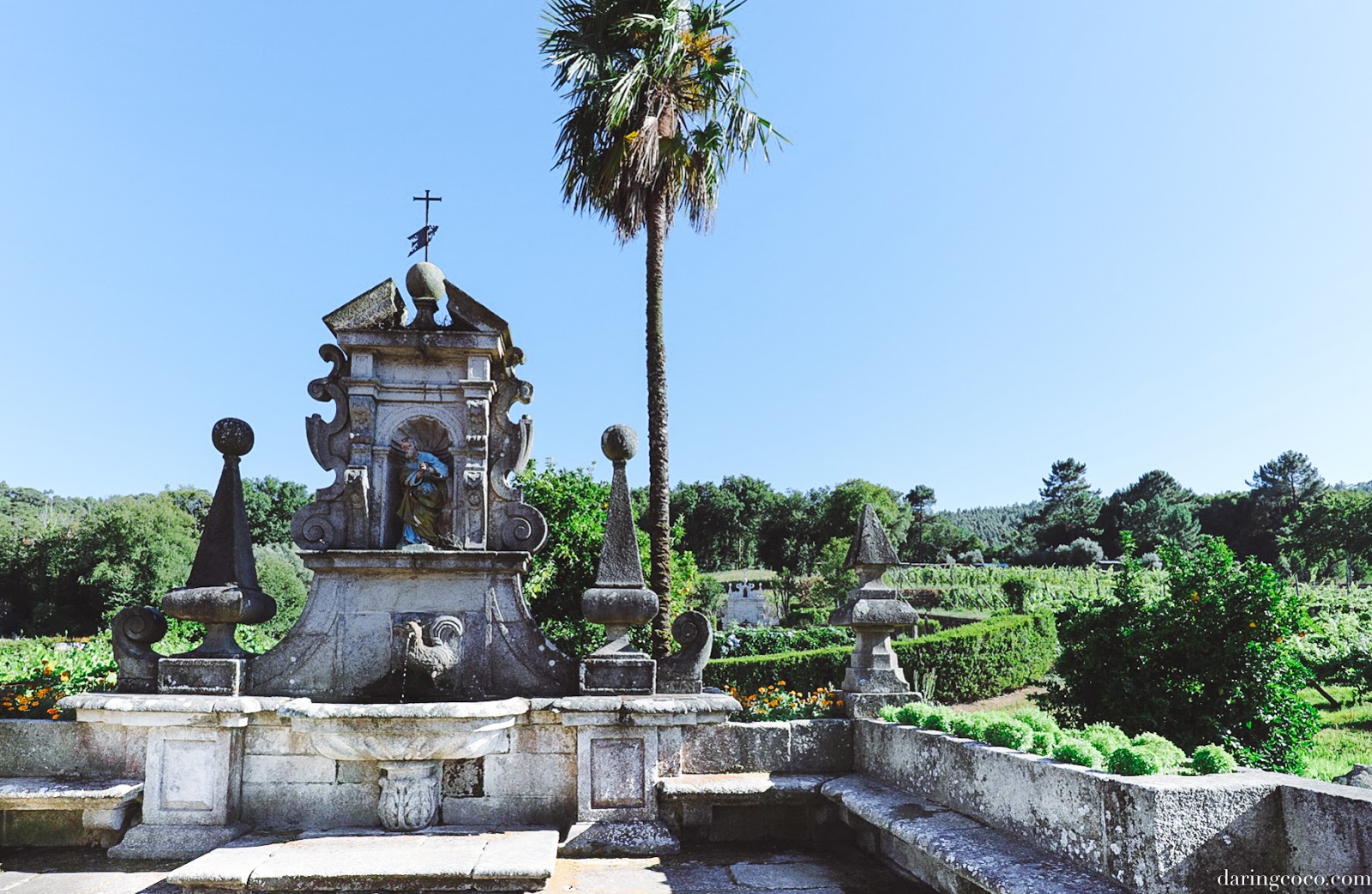 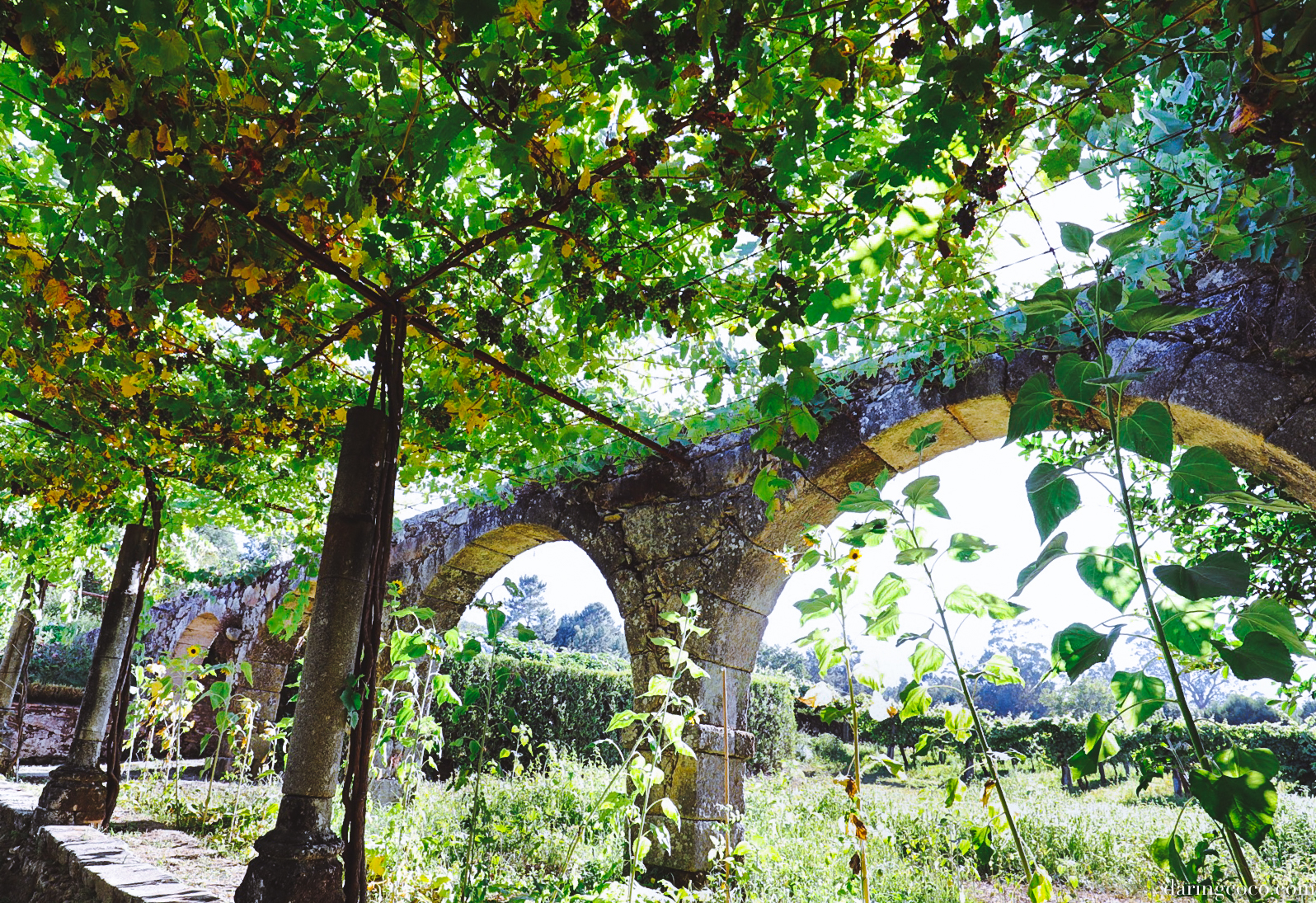 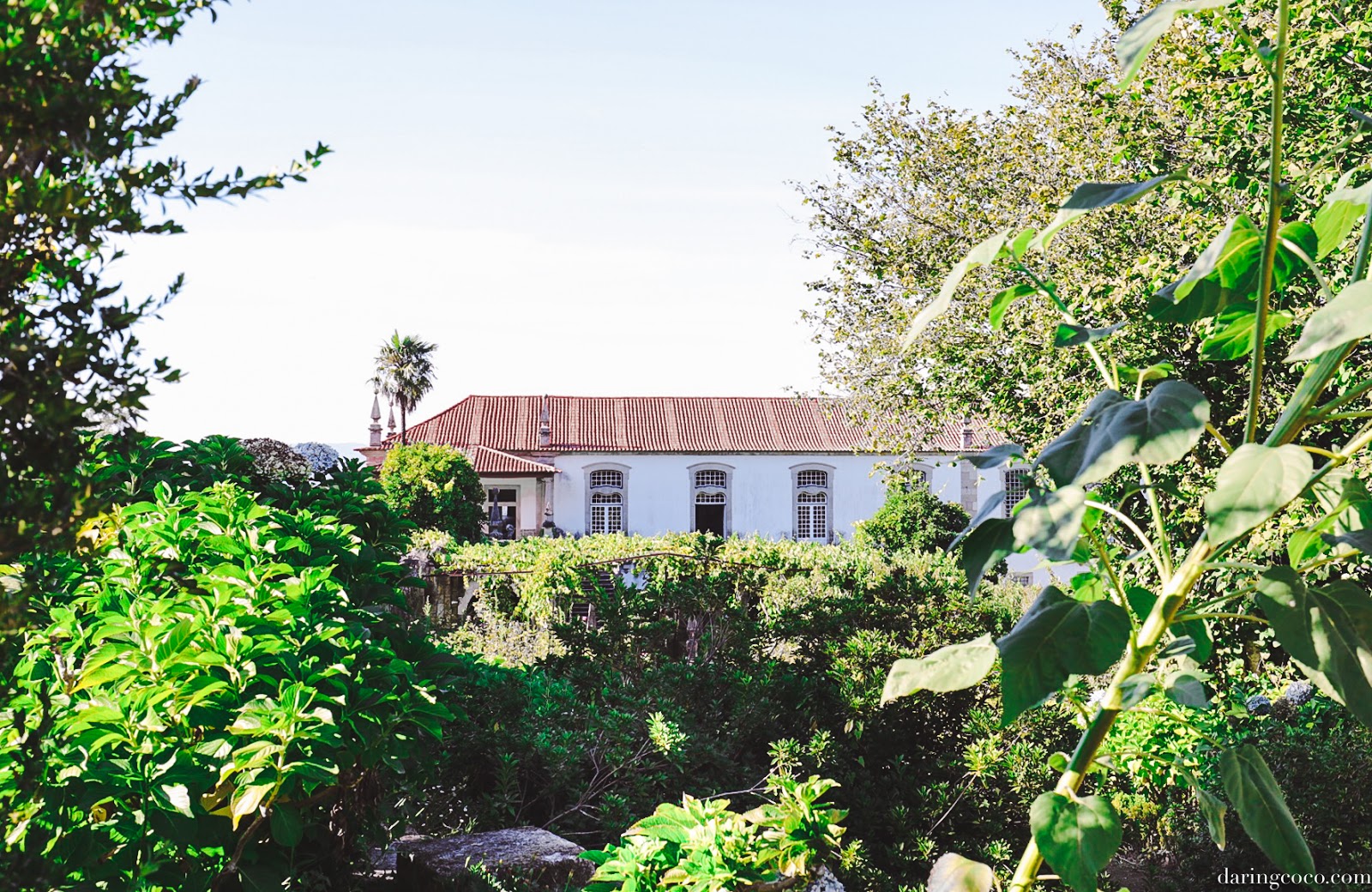 The Monastery of Sao Martinho De Tibaes itself dates back to the 6th Century. And its interiors and grounds respectfully pay homage to opulence and craftsmanship expected from such times. While majority of this Monastery remains vacant and sparse, there are still countless rooms, points of interest and antique pieces to admire. Pieces like apothecary jars, Azulejos, carver chairs and interior features are generous throughout. And unlike the interiors at the Paco Dos Duques, there is a strong sense of continuity and identity here.

I can not stress just how sizeable this entire Monastery is. Nor how freely accessible, leaving one with countless hallways and rooms to venture. So I’d highly recommend setting aside an entire day for your visit. There is a small fee for entry but it is well worth it. And located adjacent to the entry, the cemetery cloister (featured in images 4 and 5) is a most darling sight. Stately Tuscan style columns that frame a courtyard abundant in roses to one side, and vibrant Azulejo tiles narrating tales with illustrations on the other. Of course the wooden coiffured ceilings was also rather mesmerising and  highly covetable.

There is also glimpses into life back in the 17th Century with the original lavatories remaining intact. Something which will bring on either (or both) a fit of giggles or bewilderment at the gargantuan plummet to the pit below. And while the interiors of this Monastery are undeniably fascinating, so are the gardens. Arches of fanciful grape vines accompanying stonework and hedging reminiscent of the gardens at Casa De Mateus. And a wealth of water features and sprays of efflorescence that can be found within its courtyards. One of which housing housing a bizarre sculpture of a cockerel (image 23). St John’s Garden (image 21 and 22) is also worth mentioning. An octagonal design featuring an exquisitely carved fountain, which was once painted and gilded, is a most serene and tranquil scene. As well as being fancifully photogenic framed by it’s delicate pink dividing walkway.

Having arrived at Sao Martinho De Tibaes late in the afternoon we weren’t able to fully experience this estate. While the interiors remained throughly explored, including many ominous nooks found inside various guest sleeping quarters, the grounds however were merely touched upon. Being as extensive as the interiors  it just was not a possibility for us that day. So we merely touched upon what these resplendent grounds had to offer. Featuring acres upon acres of lavish landscaping and working fields, one could spend a good portion of their day simply admiring the flanking Hydrangeas over exploring the pathway before you. We may or may not have been guilty of this ourselves.