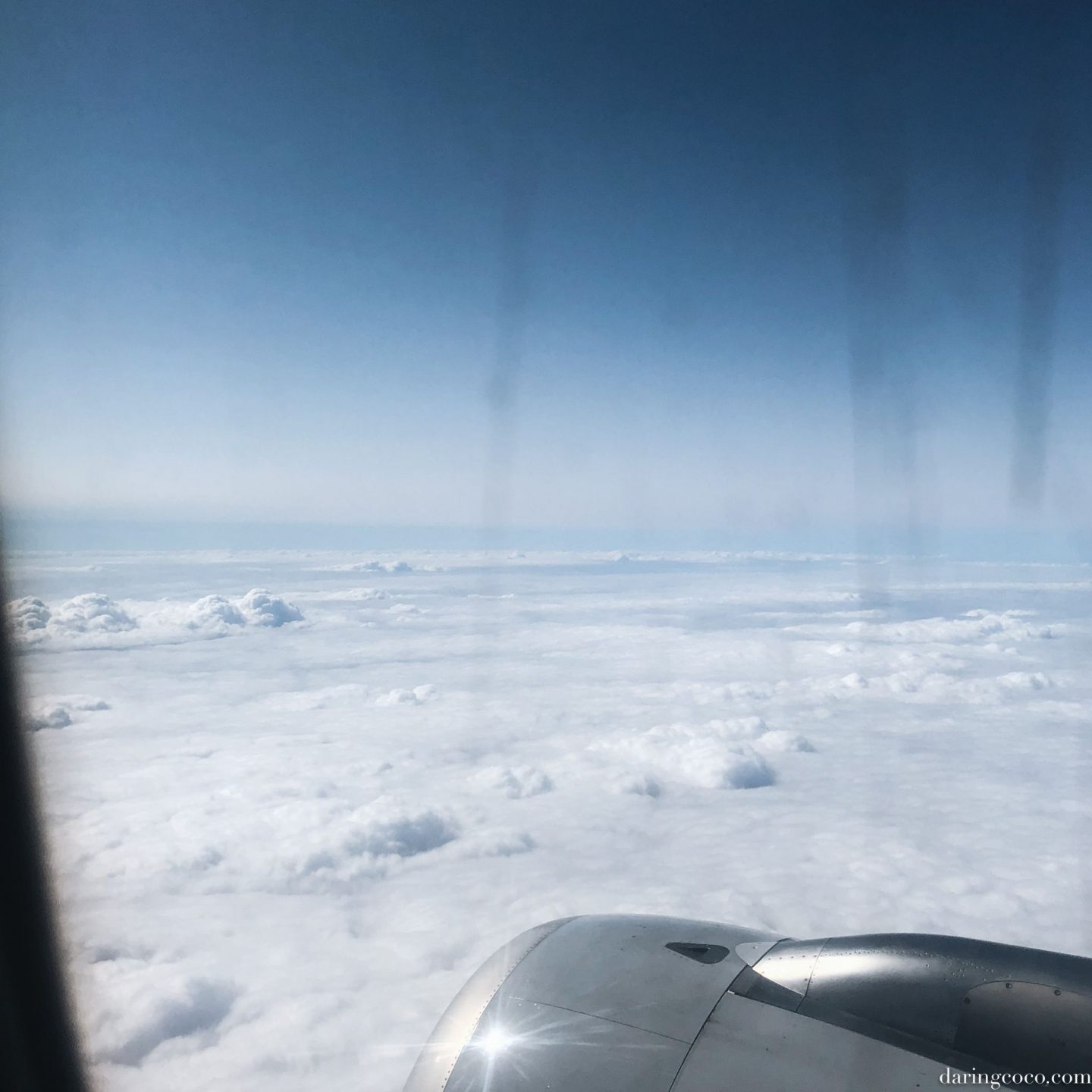 A recent spate of unfortunate aviation events revolving around airplane etiquette and simple decency had me reeling. And truthfully I can’t believe I am finding a need to compose this or that my anger still surges upon recalling such memories. Mostly I am bewildered that simple airplane etiquette and manners don’t seem to prevail these days. My last trip abroad was for lack of a better word uncivilised. And while I could rule this down to luck and chance, truth be told last years events were hardly exemplary either. Seemingly the spate of social media shaming throughout the years also suggests that some people really do require a lesson or two in airplane etiquette. Humanity too, but let’s stick to the topic at hand.

From my own personal journey, the horrors ranged from adjacent passengers relentlessly bullying and badgering me over my use of electronics (to the point of tears no less), and overhead compartments teeming with more shopping bags than actual luggage. The long and arduous journey from Australia to Europe actually left me contemplating never traveling solo again. At least not in cattle class. Seemingly, if that can be helped. Truth be told this post was born out of irritation in having been woken up from my pill-free slumber (an incredible rare occurrence) by having elbows and pillows raged into my sides by the drunk passenger seated next to me. Or was it as he stumbled in the dark, iPhone flashlight in hand, desperately waving it about into the unsuspecting eyes of fellow travellers in a desperate search for his misplaced beer can?

Here’s my list of common sense and unspoken airplane etiquette rules to live by when traveling on a plane.

Because friendly conversation isn’t always welcome. However a kind hello never goes astray when you first board and are seated. But just because you fancy conversation doesn’t mean your fellow passenger wants to hear your entire life story. Majority of the time travellers opt to keep to themselves during a flight, especially if you’ve been flying from one end of the world to the other. It’s pretty easy to judge if your neighbour would like to converse. Obviously turning their head to the other side and avoiding eye contact equates to let’s keep to ourselves, so don’t push your agenda.

Another point to note in airplane etiquette is to not kick, lean or rest on the seat in front or around you. Seemingly the kicking generally comes from young children, so if you’re travelling with children try to keep watch or inform them prior to traveling to the do’s and don’ts so you avoid such situations. And if you’re an adult prone to such activity then I suggest you never, ever travel on a plane seeing as you don’t have common sense and decency not to do such things. Making your way down the aisle shouldn’t require the need grab a hold onto anyone’s seat unless a bit of turbulence hits. If it’s at all possible then avoid at all costs because you never know when your hand could slip or you could end up grabbing a fist full of hair.

But I think the most imperative point on airplane etiquette and no doubt the most annoying to endure is reclining seats. On short flights, fight the urge to recline your seat. Everyone is uncomfortable and cramped so don’t go and further limit the space for the passenger behind you. It’s undeniably rude and uncomfortable. While an exception can be made for long haul, it’s still equally annoying, especially during meal time. Don’t wait for the very last minute to be “informed” by the flight attendants to put your seat upright. Common sense should prevail here. If the seat in front of you is upright what God given right do you have to have yours inclined, even the slightest, while someone else is also attempting to eat a meal?

STUCK IN THE MIDDLE

It’s no secret that the middle seat in an airline is the worst possible scenario for anyone; especially those traveling on their own. No one wants to be bumping elbows with a stranger in a cramped space. So when it comes to those elbow rests, the number one rule in unspoken airplane etiquette dictates that the middle passenger gets both armrests. And if you have to ask yourself why that is, well it’s because the middle passenger has zero personal space to begin with. They’re enveloped by other travellers, trapped if you will, so don’t be a jerk and overtake the adjacent armrest. You’ve got the luxury of space with either that coveted aisle to one side or a window seat to lean and gaze out of. You’ve also got another armrest all to yourself too so it’s only fair the middle passenger gets both arm rests.

Also try your hardest not to not cross over into their space. Accidents do happen, but don’t make it a habit. Occurrences like placing your pillow or blanket to your side; the side that boarders the middle seat is an obvious no. And try not to drift asleep on their shoulder. Again, personal space and hell it’s just creepy and inconsiderate. If you’re prone to such nuances may I suggest a neck pillow. Not only does it work wonders for your neck and spine, especially when it comes to travel in economy class, but it should prevent your wandering head from relocating from one headrest to another.

Shop my edit of neck pillows below

There is nothing wrong in indulging in a few glasses on board, especially when they’re free of charge. But if you happen to be traveling on your own or find yourself in a fully booked flight then pace yourself or keep it to a minimum. Traveling solo means you don’t have someone there to pick up after you and clean your drunken mess. That includes the flight attendants. Also fellow passengers certainly don’t want to see your stumbling ass tripping along the aisle or worse yet whacking your beer cans on unsuspecting heads. Or ankles as was my case from a flight from Singapore to Melbourne.

I can’t believe that this even needs to be written for airplane etiquette. Especially with all the social media shame surrounding this. Don’t rest your feet, be it bare or enclosed in socks on the seat in front of you. It’s utterly vile for the poor unsuspecting passenger in front of you; not to mention an utter nuisance. And if you feel like laying your feet across your partners lap then please refrain from doing so. While you may think it’s more appropriate and considerate to those around you, it’s actually not. No one wants a front row view of your feet and they especially don’t want that wafting into their nostrils, nor do they need to manoeuvre around them protruding out into the aisle. Which brings me to my next point, if you feel the need to remove your shoes, then keep your feet firmly on the ground. Better yet opt to wear comfortable shoes so you won’t feel that inane need to remove them entirely.

One thing I despised most on one leg was the couple seated in front of me who continuously placed their empty plastic glasses onto the floor of the plane. Not inside their section but out in the aisle. Those plastic cups had quite the adventure, from finding their way beside my shoes to the undersides of unsuspecting passengers moving up and down the aisle. The amount of people who tripped over their stray glasses and swizzlers was enormous, and frankly such an act is utterly disrespectful to not only your fellow passengers but to the airline crew too. It is also unsafe. If you find yourself with unwanted rubbish from snacking throughout the flight then use the mesh compartment in front of you to store. You can wait for the next meal to come around where you can then dispose your accumulated rubbish with your tray. Or if it’s that unsightly and bothersome then call for a flight attendant who I’m sure would much rather collect rubbish from the palm of your hand and not rolling around the carpeted floor.

The majority of travellers have a preference to be seated alongside an aisle. It’s my belief that it’s probably the most coveted location in an airplane’s interior. So if you find yourself fortunate enough to be seated neighbouring a walkway then make sure you’re considerate of those beside you. By that I mean don’t grumble your frustration when the passengers adjacent need to use the bathroom or collect something from the overhead compartment. It’s also common sense to wait and make sure upon disembarking that you allow those passengers seated in your row to also disembark and collect their luggage before you. Especially if you’re one of those passengers who immediately jump into action once the seat belt light is turned off. Because if you don’t show them the decent curtesy and allow them to leave and collect their things before you, then seemingly other impatient passengers congesting behind you certainly won’t either. So let’s not leave others behind waiting for an entire airplanes worth of humans to disembark so they may do the same. There’s no rush. In a mere few moments you’ll all be reunited; this time waiting to collect your belongings at the luggage carousel.

//
You may also enjoy these articles: 10 ways to get more out of your travel adventures  +  my ultimate travel packing guide