The world has lost yet another creative genius. Karl Lagerfeld, a German born artiste extraordinaire, noted for his work with Fendi and for the unquestionable success and status of luxury fashion brand Chanel, passed away a mere two days ago. And as tributes flood with praise and high esteem, so has unfortunate hostility and malice towards a seemingly iconic and yet most controversial man.

Personally, it is overly disheartening to see so much hatred being spilled in his name. A divide between the masses with the abundance and convoluted need to remind us of his past indiscretions and to strip and taint him of the legacy he leaves behind outweighing those in respectful recognition. Indeed, he was not perfect. He was not a champion for womens nor animal rights. Time and time again being quoted on his disdain for women with curves and recently complaining about the frivolity and annoyance of the #metoo movement. And his unfortunate and unyielding preference for incorporating animal fur and products into designs was certainly not something I agreed with either. He had envious wealth and knowledge yet was not known to be philanthropic. For all this, he was human. And so does this mean he is not worthy of leaving the world with a legacy which reminds us of his greatest accomplishments and talents?

While my view may be controversial and not aligned with the majority, I don’t believe such acrimony is truly warranted, because presently there are far worse humans in this world, doing far more damage than Karl Lagerfeld ever could. And honestly I believe such energy and bitterness would be better directed towards even more powerful and highly influential misogynists and racists.

The kind who are currently living, breathing and wrecking havoc on our planet. 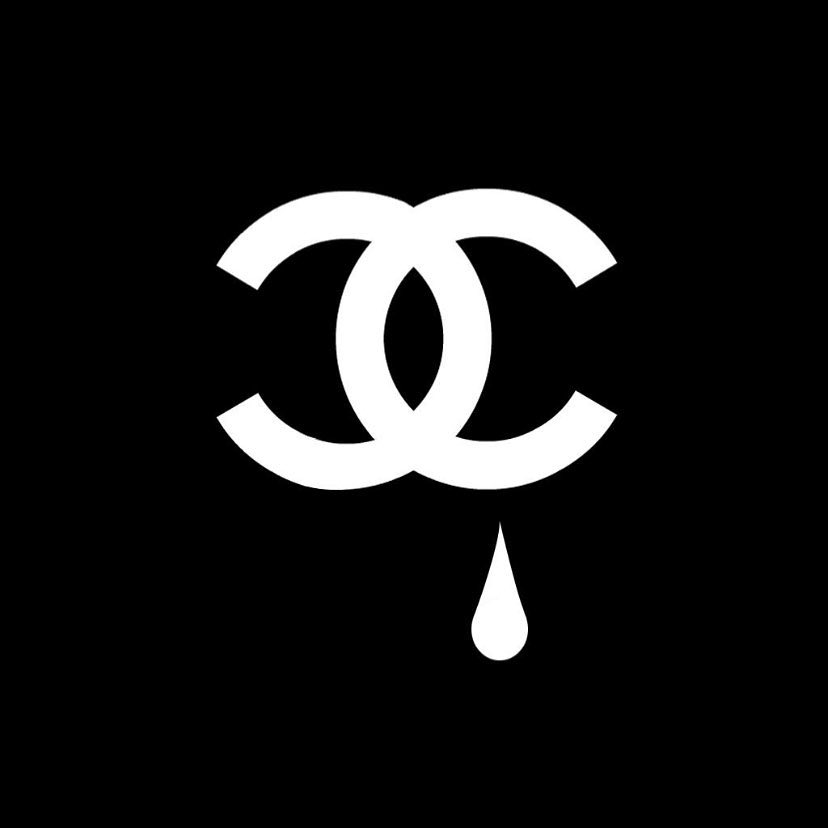 “what warhol was to art, he was to fashion
// claudia schiffer

There is no denying that Karl Lagerfeld was a creative genius; he lived and breathed his passion. Tortured, bold and authentically himself. His persona, that recognisable larger than life figure with slicker than slick ebony sunglasses and that signature pony tail. One that was cleverly applied to his own signature line; a now highly identifiable caricature. What I most admired about Karl Lagerfeld was how he managed to perfectly capture and retain the essence of a brand. To keep it true to its vision, but beautifully modernise its designs while never straying from the intent. Something which many designers no doubt struggle with, something which seemingly came of ease to Karl Lagerfeld. He managed to overt the vanity and need to create and surpass himself each season for the sake of leaving his personal signature and mark on a legendary house. What he did was unconsciously and constantly remain true to his predecessors traditions and somehow update and propel it into the future. His flamboyance’s and craft no more evident than during his delightfully whimsical runway shows for Chanel which showcased his highly praised designs. My favourite’s are Chanel By The Sea, where the runway was transformed with water and sand and not to forget the iconic Chanel Supermarket, a most unforgettable set and a one-of-a-kind performance no less.

Personally I’ve found it astounding just how much condemnation over loving tributes to the news of his death this has attracted. Compared to other recent deaths, like George Bush for example, the worldwide vocal animosity towards Karl Lagerfeld is unimpeachably greater. Perhaps this has more to do with the industry he was revered in; an industry notorious for portraying and demanding women look and be a certain way, shape, size or colour. And yet it is this very industry, over those very issues which we are all less than verbal in our protests. We only murmur our displeasure yet support it with great force financially and now even more fervently with gratuitous splays over social media. Money talks, after all.

Controversially I do not think it is fair for us to attempt to dim his legacy and light, for one should never speak ill of the dead, unless truly justified. For me his opinions and views of women and the world stem from a generational perspective that is very much removed from today. He was born in a different era, one where feminism wasn’t particularly celebrated until he was in his thirties. And perhaps it is a European quirk to comment on a womens figure. I know growing up I’ve experienced an abundance of unwelcome pearls of wisdom through my own Western European family and even with strangers. More indecently on recent travels to Portugal as an adult no less. We are all shaped by the world we grew up in and for me, that particular world and its derogatory view on women and race ends with Karl’s generation. And while this may be a paltry excuse to some, there is no denying his strengths in creativity and genius in fashion and design. It is a legacy that should be respected and celebrated in this moment not in the near future.

//
You may also enjoy these articles: karl by karl lagerfeld is here   +   the apocryphal style on the street