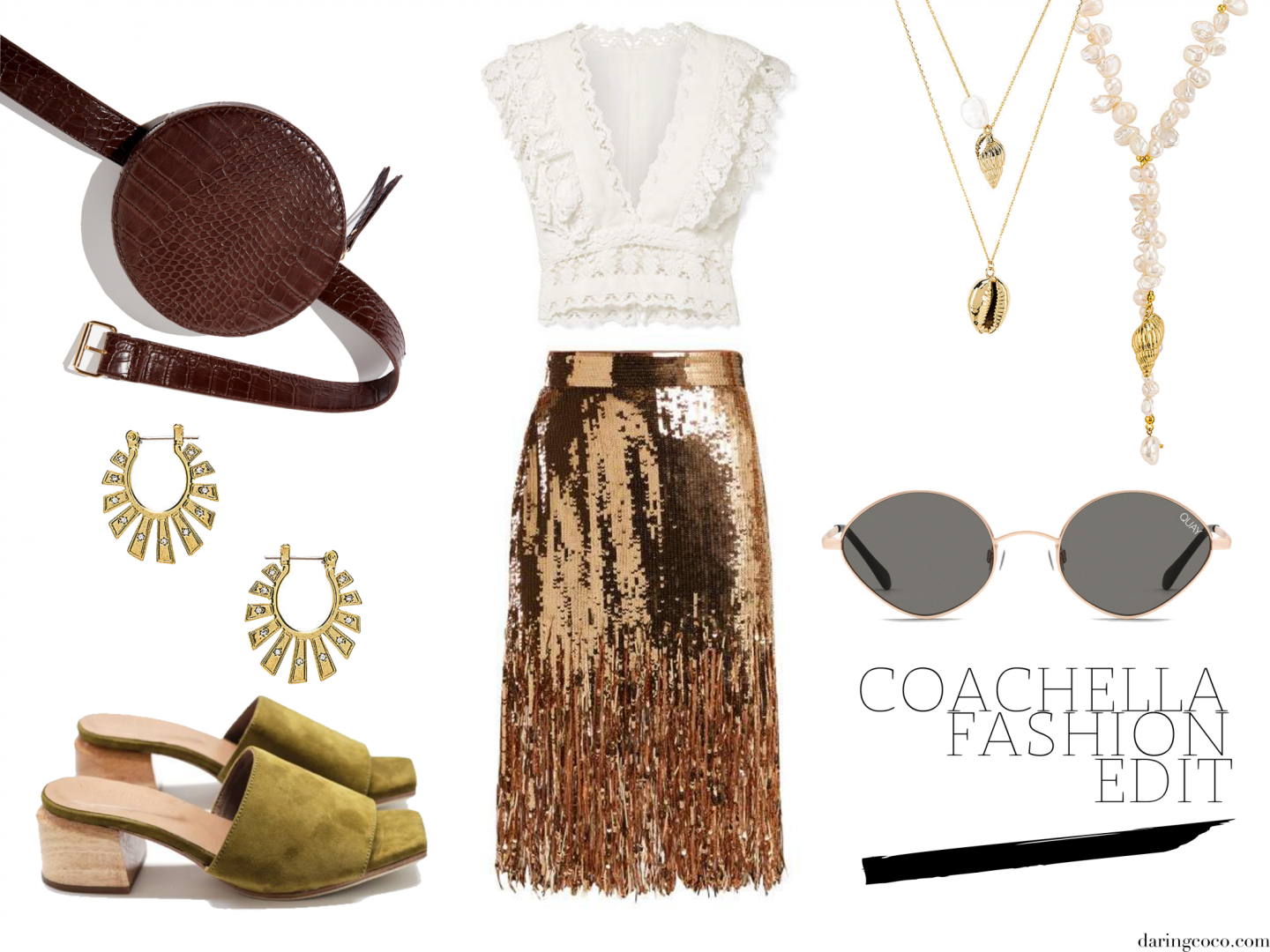 It truly amazes just how fast time flies. For me it feels as though Coachella merely peaked in its worldwide popularity and festival dominance. And yet here we are, seven years later no less. Even more unbelievably, after a whole seven years I am yet to cross the Coachella Music Festival experience off my own bucketlist. At times it feels as though I’ve come to a point where I may have missed my chance. Perhaps that I am even too old for Coachella? And yet a small part of me doesn’t really care for the latter opinion, despite anxiety and FOMO’s incessant qualms and confutation.

Coachella has had its share of controversies over the years. And nearly all pertaining to the masses choice of style when it comes to Coachella festival fashion. From the glorification of wannabe hippies to edgy undertones of bohemia, much of which is merely treated as costume. Hence the outrage. This was always something which I contended with when it came to opinion. I could neither wholeheartedly agree with or nor completely object. There is something perplexing and jarring about seeing hoards of people embracing a certain style which they’d never adopt in every day life. Especially considering how there are individuals who truly go against the norm and express themselves colourfully when it comes to fashion in their day to day lives, yet draw hatred and judgement instead of praise like the masses do at festivities like these. And yet the idea of dressing up for a music festival that is shaping up to be our generations version of the ever iconic Woodstock is something I can’t hate on either. Life is short after all. While it can be exhilarating to dress up in lace and adorn yourself in glitter, I do believe that in staying true to your own sense of style, that is what truly makes someone stand out. In the vast, wide world of social media, that is something which has become almost as fundamental as the music itself; to simply stand out and get noticed.

I think one thing most revellers tend to give less importance to is how Coachella festival fashion really needs to be practical, especially when it comes to footware. It’s fun to envision wearing strappy heels and being ostentatiously glamorous on the day, yet the reality is high heels aren’t exactly practical nor advisable for traipsing in the desert all day long. The grounds can be hard and uneven and with the surge in popularity with sneakers and flatforms there’s no excuse not to feel and look stylish while being at ease the entire time. These block heel mules are also ideal and one of my favourite styles at the moment. Personally when it comes to Coachella festival fashion I would elect something with crochet or linen to bring some modern femininity. Or better yet showcasing a vintage band t-shirt, because Coachella is a music festival after all. I also believe a waist bag will be your saving grace, just don’t forget to make room for sunscreen.

//
You may also enjoy these articles: because i would rather be at coachella  +  festival style // coachella 2014